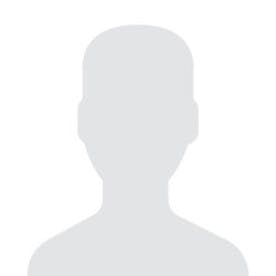 In this video, the first of the course, Rabbi Angel introduces the Book of Judges by highlighting its primary themes and its larger context. Rabbi Angel suggests a thematic Joshua-Judges continuum and begins to explore the connection between the books and periods.

The Yoshua-shofatim continuum teaches layers of complexity at the global level. It is very difficult to read The Book Joshua without saying, wow! That generation was fantastic! Then you read the book of Shoftim or Judges and you say, ugh! What a terrible, dark age in the history of the Jewish people. And that’s the starting impression that we may get from reading those two books.If you read the outline of Shoftim, it covers some 300 years or so from the death of Joshua ben Nun, the death of Joshua until the death of Samson, or so. There are also two appendix stories that are truly depressing, at the end from chapter 17 through 21. And so, we can outline the book like this, chapters 1 and 2 set the stage. They let us know that the people of Israel began to conquer the Canaanites after Joshua’s death but unfortunately most tribes allowed the Canaanites to remain as pagans dwelling in the land and as a result, things just began to fall apart. Within a short time the Israelites began to intermarry with Canaanites and before you know they were acculturating with them, getting completely confuse.

So chapters 1 and 2, set the stage for the rest of the book. Chapters 3 through 16, then present a series of cycles to prove the thesis of the author. The general thing goes like this, the nation failed to conquer the Canaanites and they were still there. The people then began to intermarry with the Canaanites and adapt their pagan lifestyle. Consequently enemies invaded. The Israelites then cried out whether out of repentance or perhaps just saying, ‘Ouch!’ A savior would arise. There would be peace for a while after the defeat of the enemies and then the savior shall fade or die and then we start all over again with another way of intermarriage, assimilation and disaster.

Chapter 17 through 21, then depress us further by the depicting the anarchy of the period. You have the Pesel Micah story of chapter 17 and 18, were a man named Micah builts some kind of shrine which certainly was illegal perhaps idolatries together and then chapters 19 through 21 make us truly nauseous with the story of Pilgesh B’Giveah, the concubine at Giveah, where a woman, a concubine is raped to death by the members of the tribe of Benjamin, the tribe of Benjamin fails to turn over the rapist and as a result there is this civil war leading to the near extermination of the tribe of Benjamin. It is truly sickening and it sets up this total disaster area of the period.

Our starting point when we open the Book of Judges, when we open Sefer Shoftim, it is just chapter 1 verse 1, where it says after the death of Joshua, the author wants us to know that this has to be after the death of this incredible leader name Joshua, who built a golden age where everything was so righteous, so unified with the nation stood together did all the right things and there was only one sin that of Achan back in Joshua, chapter 7. Now that the death of Joshua has occurred immediately things fall apart. Sets our starting impression. If we take a closer look at the books of Joshua and judges and certainly if we read them together things become considerably less black and white and there is something which is good, just not only for texturing but also a life lesson about how sometimes we look at something initial impression but a closer look makes us realize that sometimes things are considerably more gray. It turns out that with a careful analysis of the books of Joshua and Judges together, we see at the book of Joshua hints at the major disasters of the book of judges namely laxity in conquest, idolatry and civil war. The three biggest problems of the period of judges, all are foreshadowed in the book of Joshua, purposefully and the idea seems to be that, Joshua was a fabulous leader and he was actually holding back a tidal wave of disaster.

In the series of shiurim, we are going to be introducing the book of Judges, particularly as part of a continuum with the book of Joshua. Joshua, chapters 13 through 19 talk about conquest and it starts off on a very positive note. It talks about how Caleb from the tribe of Judah very enthusiastically wanted to capture his city of Hebron. The tribe of Judah in general did a great job. So things start off on a very good foot. What’s amazing is that there is a little story in Joshua, Chapter 15 where Caleb says, whoever is going to conquer the city of Debir wins the princess, namely my daughter. Lo and behold, Othniel ben Kenaz defeats the city of Debir wins the daughter, her name was Achsah, in marriage and that’s in chapter 15 and in Joshua. ‘

Funny enough our commentators are not in agreement on this one. Rashi and R’ Yosef Kara, Ralbag argue that in fact the story did not take place during Joshua’s life time, it happened in the book of Judges after Joshua’s death. So why were these verses then inserted into the book of Joshua – because of their thematic relevance, it has to do with conquest. And so that’s one way of looking at it. And Rashi and other commentators understand Joshua chapter 19 verse 47, where it talks about Dan capturing the city of Leshem also even though it is in the book of Joshua, which gives the initial superficial impression that this occurred during Joshua’s life time and in fact we see Judges Chapter 18 is when the tribe of Dan actually conquered the city of Leshem or Laish, after Joshua’s lifetime and yet, it is included in the book of Joshua.

Going back to our repeated story of Othniel’s conquest of Debir, argued that it happened in the book of Joshua, it happened during Joshua’s lifetime and then why it is repeated in Shoftim, in the book of Judges? Because only one tribe conquered it. It was not a nation conquest of the city of Debir, it was not the entire army, under Joshua but rather an individual tribal army that conquered Debir, and as a result it has to be included in both places.

Regardless of who is correct, what matters for our purpose is that we have at least two examples now the conquest of Debir, and Dan’s conquest of Leshem/Laish which transcend the boundary between the book of Joshua and the book of Judges.