Moses receives God's tablets and is commanded to create a Mishkan (Tabernacle) that can serve as a dwelling place for God. The Parsha details the intricate architecture, furniture, and design of the Mishkan. 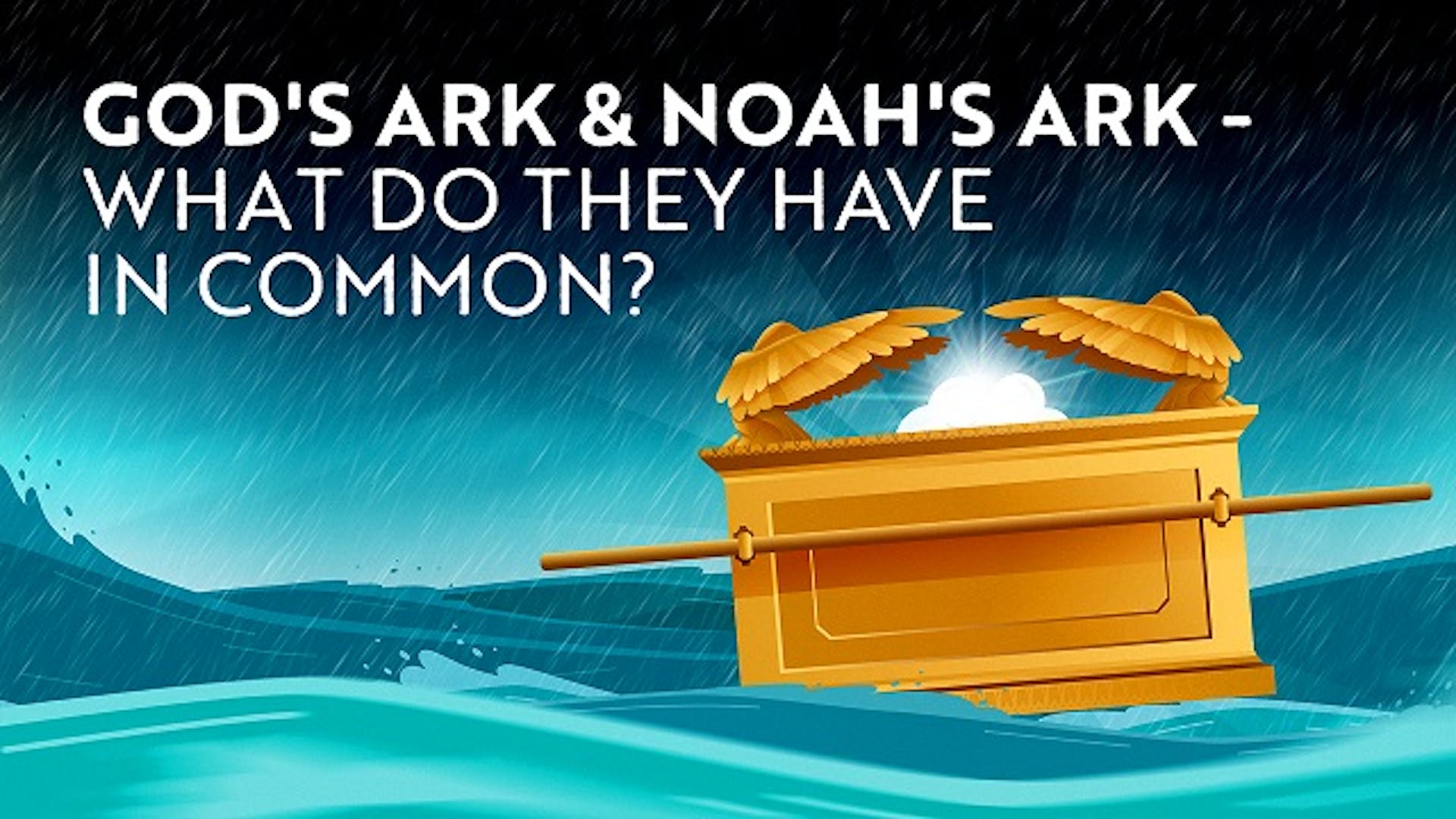 Uncover the extensive parallells between God's ark in the tabernacle and Noah's ark in the flood, and see how we can learn from their mysterious connections.
Watch Video

We have just learned that Moses ascended Mount Sinai and disappeared into a cloud where he communed with God, on the mountain's summit, for forty days and forty nights. Beginning in Parshat Terumah, we start to learn about what it is that God and Moses discussed up there on the mountaintop. We learn about the building instructions for the Mishkan, the Tabernacle. What is astonishing is that the discussion of the Mishkan is about to take up the following five parshiyot of the Book of Exodus — and arguably much of the Book of Leviticus and part of the Book of Numbers to boot. Why? What could possibly be so important about this structure that we need to hear so much about it and all of its painstaking details?

Before going any further, we highly recommend Rabbi Fohrman's video, "What Does It Mean To Be Created In the Image of God?" which explores the deep significance of the Mishkan. It was originally created for Parshat Vayakhel but it is relevant-watching now, in Parshat Terumah, as we read about God's first commands to build it. But be forewarned: once you understand, conceptually, what the Mishkan is all about, you may still be bothered by all of the laws and details in this parsha. It all seems so terribly mundane that it is hard to relate to, hard to imagine what is spiritual about these laws or what God wants us to learn. Could it be that they are all just arbitrary instructions? Or do they have inherent meaning and lessons to teach us? Imu Shalev and David Block don't think that they're arbitrary, and they'll tell you why in "Is God Talking To Me Through The Laws of the Mishkan?"

God begins the building instructions with a most inspiring request: that Moses should collect contributions for the Mishkan from "every person whose heart inspires him to generosity." In other words, God doesn't obligate the people, strictly speaking, to provide the building materials for construction.

He invites people to volunteer, to step up to the plate to help: those who are feeling willing, whose hearts overflow with the desire to give to their Creator and to build a Mishkan in which He can dwell amongst them. (Does the plan work? Do people step up to the plate? You bet they do. Spoiler alert: the people bring more than is needed, far more, such that Moses needs to call them off.)

After giving Moses a brief list of the building materials which will be needed (e.g. gold, silver, dyed wool, linen, wood, oil, spices, stones, etc.), God begins to describe the parameters of the aron, the ark. The ark will be housed in the innermost interior of the Mishkan and will safeguard the luchot, the tablets containing the Ten Commandments. It will also be from just above the ark that God's "voice" emanates, so to speak, in conversation with Moses. Specifically, it is between the two cherubim (cherubs) which are fashioned and placed atop the ark cover from which God's voice will be "heard." (By the way, stop to ask yourself where else in the Torah you've encountered cherubim before. Does the Garden of Eden ring any bells for you? This isn't just a coincidence... it's the start of a startling and hugely important parallel. Rabbi Fohrman explores the connection between the Mishkan and the Garden of Eden in a stunning video here.

The remainder of the parsha describes other physical elements of the Mishkan's structure and interior furniture – the ark cover, showbread table, menorah, curtains, dividing screens, altar, dimensions of the courtyard, and more. Rabbi Fohrman notices that if you read these instructions closely and draw up a sort of blueprint of the Mishkan and look at it, a surprising picture will come into focus. It looks like something – not just a Mishkan, not just a structure with furniture inside, but like something. What does it look like? And what is the meaning of what it looks like? We don't mean to be cryptic, but we don't want to give it away,since this is the kind of thing that you need to see for yourself. Check out the video here.