The Jewish people battle against the Midianites. Several tribes of Israel request to dwell outside of the Land of Israel. 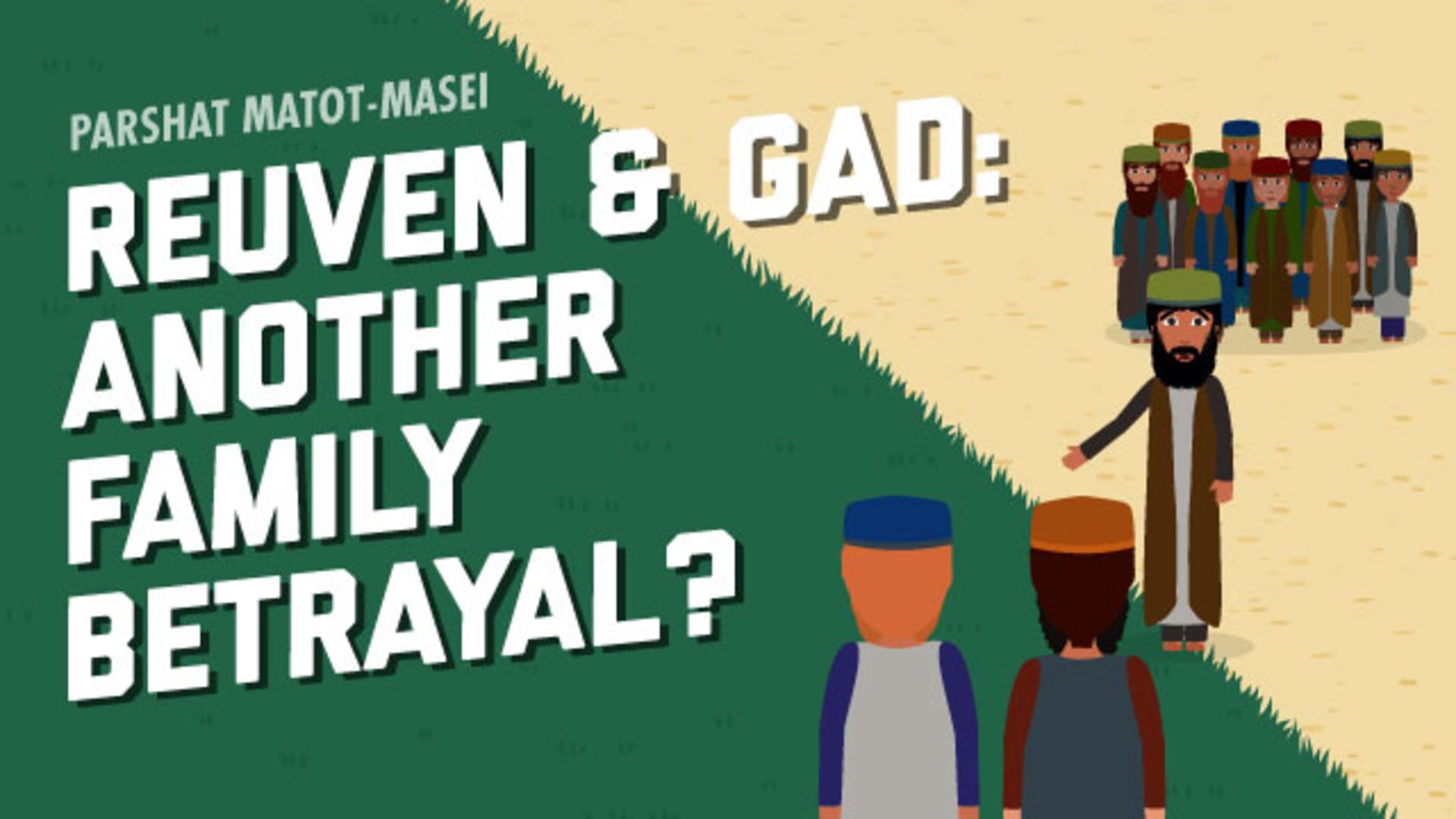 Printable Guide
Matot: Why Is The End Of Bamidbar So Anticlimatic?

Parshat Matot opens with a very technical legal discussion about what happens when someone makes a vow. Under certain circumstances, someone else (a husband or father) can actually come along and annul that vow, can cancel it out – and the laws explain how and when that can happen.

The discussion is short, somewhat dry, and doesn't seem to be of much consequence, at least in our day and age when few people take vows and even fewer husbands and fathers seek to annul them! But if you want to see how this law can assume breathtaking relevance, and you're willing to go on a bit of a journey through text, then take a look at Rabbi Fohrman's course on "Purim: Why Name A Holiday After the Enemy?" The course starts by asking questions about the Purim story itself, but you'll soon see how these laws of vows and annulment from Parshat Matot are relevant — how they are in fact central to the plot of Megillat Esther (the Book of Esther) and to the spiritual significance of the entire holiday of Purim.

Next, we read about a conflict with the nation of Midian. For Midian's part in having tempted the Israelites to sin, back at the end of Parshat Balak — when the Israelites engaged in idolatry and adultery — God instructs the Israelites to exact revenge. (For more on the story of the temptation of the Midianites and the sin of the Israelites — see our video, "Intimacy and Holiness.")

Next we read a fascinating story: about the request of the tribes of Reuven and Gad to settle in the land to the east of the Jordan River (outside of the Promised Land). At first, Moses is upset. He accuses them of recklessly and selfishly abandoning their brothers, leaving them to fight for the Promised Land by themselves.

He worries that they will even lead to a repeat of the sin (and tragedy) of the spies from 40 years earlier — when the spies dissuaded the people from entering the land, God got angry, and decreed that the whole nation would die in the wilderness. (For a refresher on the sin of the spies, see "Why God Made The Israelites Wander The Desert For 40 Years," "What Was The Real Sin Of The Spies?" and "The Real Heroism of Caleb and Joshua.")

But a conversation ensues between Moses and the tribes, and they are able to work out their concerns and to find common ground. Reuven and Gad offer to join their brothers in the fight for the land of Canaan – in fact, they offer to stand on the frontlines, and to continue to fight until every one of the other 10 tribes is settled in the land. For an analysis of their conversation, and a discussion of how it might even inform the ways that we broker our own modern disputes, see "The Art of Negotiation." And for an exploration of how their conversation eerily evokes another, earlier tragedy in Israelite history — besides the sin of the spies — see our latest video.

Finally, the parsha ends with a list of the specific territories where Reuven and Gad settled, of the towns that they built. We read quickly about the children of Machir the son of Menashe who conquered and settled in a place called Gilead. You'd be forgiven for thinking that this smattering of verses is of little consequence, especially to us today, so many generations later.

When we read such details, it's only natural for our eyes to glaze over. But in a two-part video series, "Why Is The End of Bamidbar So Anticlimactic?", Rabbi Fohrman dives into these verses and shows that there is a stunning story buried within. It's a story about the very first time in all of Israelite history that we heard about this town called Gilead. It had nothing to do with tribes or conquering armies. In fact, back then, there were no tribes, not really: there was just our forefather Jacob, his wives, and his children making an agreement with his father-in-law Laban (Lavan). In this series, Rabbi Fohrman explores this obscure reference to the Book of Genesis. In doing so, he illuminates the story of our forefathers in unforeseen ways and brings new meaning to this seemingly anticlimactic end to Parshat Matot.