The next time we read Parshat Va'etchanan is August 13, 2022

In this parsha, Moses reviews the Ten Commandments with several key differences. Read closely and you'll discover them! 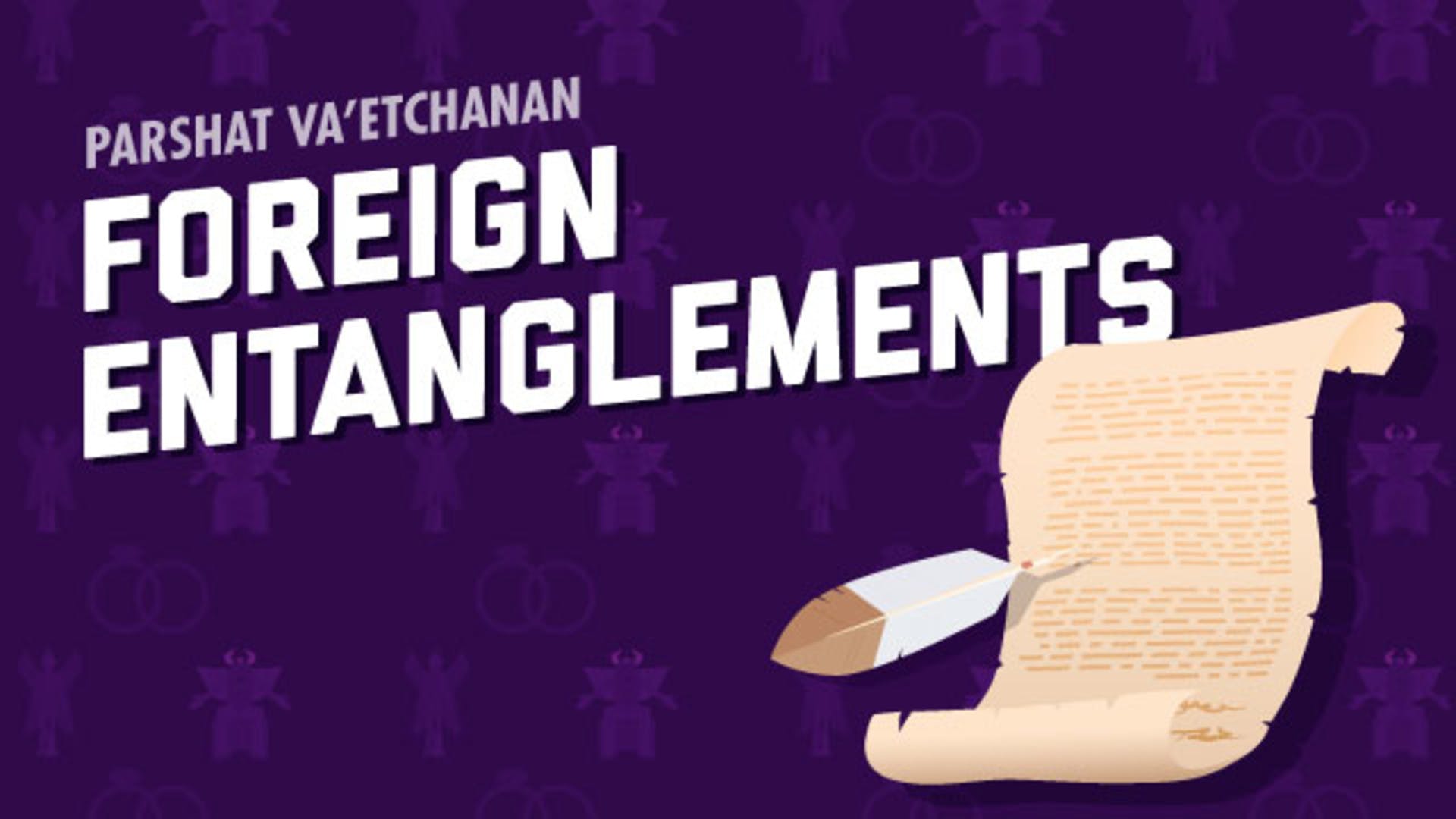 How Israel Is Meant To Relate To The Canaanite Nations

What do Canaanite treaties have to do with Jacob – and us? Turns out, plenty.
Watch Video

PREMIUM
Printable Guide
Va'etchanan: What Did Moses Do Wrong? Part 2

Parshat Va'etchanan continues Moses' grand speech that began in Parshat Devarim. When we left off in Parshat Devarim, Moses had been reviewing the people's history, giving sort of a "greatest hits" of the events that occurred over the past 40 years. The parsha ended with his description of the incident with Reuven and Gad — when two of the 12 tribes came to Moses and said: "Hey, instead of settling in the Promised Land, can we make our home outside of the land of Israel, on the eastern bank of the Jordan River?"

Surprisingly, after some back and forth, Moses had granted their request. (If you are curious to know more about this mysterious story and why Moses responded the way he did, check out "Reuven And Gad: Another Family Betrayal?" and "The Art Of Negotiation.") And now, in Va'etchanan, Moses moves on to a new story: about how he turned to God and begged God to allow him to enter the Promised Land.

We don't find any earlier description of this story back in the Book of Numbers— but what we do find is that back in Parshat Chukat, God had decreed that Moses would not be allowed to enter the land of Israel. (It all had to do with this very strange incident that involved God telling Moses to speak to a rock and Moses hitting it instead. For an in-depth exploration of that perplexing story, see "Was Hitting The Rock So Horrible?" and "Why Did Moses Hit The Rock?") In Parshat Va'etchanan, Moses tells us that he tried to appeal that decree, begging God to change His mind. But his petition is unsuccessful. Moses explains to the people, "But the Lord was angry with me because of you." (Deuteronomy 3:26) The decree stands.

And then God tells Moses to do something quite emotional:

"Go up to the top of the hill and lift up your eyes westward and northward and southward and eastward and see with your eyes, for you shall not cross this Jordan." (Deuteronomy 3:27)

God invites Moses to ascend a mountaintop and look at the Promised Land, to see with his own eyes this place that he has always yearned to go to, but will never have the chance. And then God reminds him that Joshua will succeed him as the leader, bringing the people to Israel in his stead.

Aside from the intense poignancy of this whole story, there's something really noteworthy about it. The way that Moses describes God's reaction — "But the Lord was angry with me because of you" — seems like a really weird way to characterize the situation. If you read Parshat Chukat, you'd think that the reason that Moses is prohibited from entering the land is because of something that he did wrong.

So why is he blaming it on the people? Why is he saying, "because of you"? Rabbi Fohrman asks this question in his two-part series, "What Does Moses Do Wrong?" and shows how this question is actually the key to revealing an incredible hidden story about why the greatest leader that the Israelites have ever known was barred from entering the Promised Land.

Next, in Parshat Va'etchanan, we hear a few scattered laws, admonitions, and assurances, including: Don't add or subtract from the Torah, treasure the Torah always, teach your children about the day that God revealed Himself to you at Mount Sinai, know that even if you are exiled God will always bring you back, and set aside cities of refuge to protect inadvertent murderers (for more on this law, see "The Line Between Murder And Apathy").

And finally, Parshat Va'etchanan concludes with a brief discussion of the guidelines for interacting with the Canaanite nations and a warning not to get too close with them or to intermarry with them. For an analysis of these laws, where they come from, and what they mean for us today — including a surprising link to a familiar story from Genesis — see Foreign Entanglements.

By the way, if you're noticing that Parshat Va'etchanan seems to be made up of a bunch of scattered, random themes — a story here, some laws there, a few admonitions, etc. — and you're wondering if there's any common denominator here, Imu Shalev and David Block wondered the same thing. In "Building An Intimate Relationship With God," they offer a theory about what it is that ties this whole parsha together.