In this parsha, we learn about the justice system. Kings are warned not to have too many possessions and that they must always travel with a Torah. 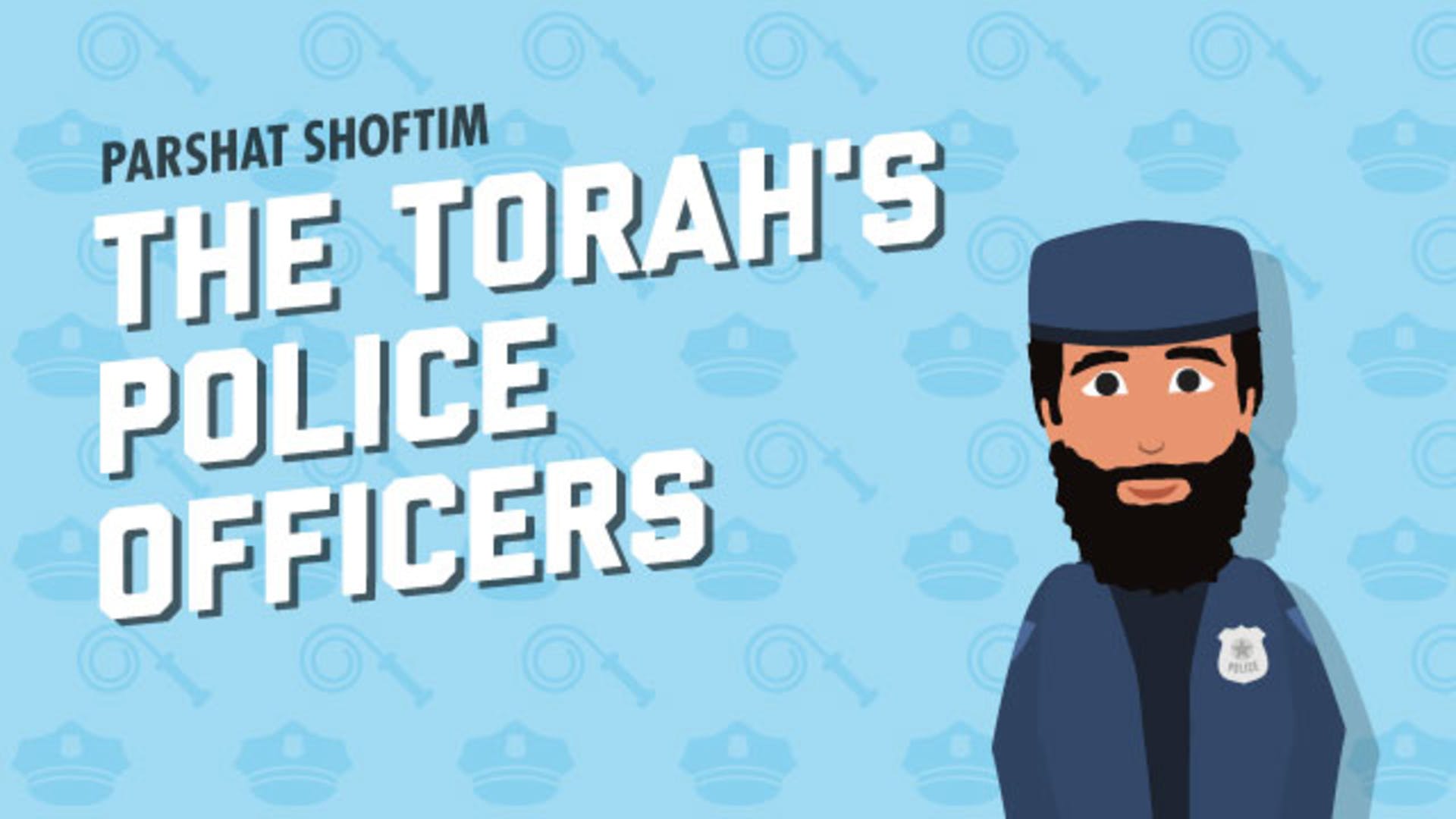 What The Bible Says About Law Enforcement

In Parshat Shoftim, we're commanded to appoint police officers, shotrim. But there are strange parallels between these officers and another set of shotrim: the abusive officers in Egypt. What are these parallels trying to tell us? Watch and find out.
Watch Video

Printable Guide
Shoftim: The Line Between Murder And Apathy

Parshat Shoftim opens with a discussion of the justice system. "Justice, justice you shall pursue!" Moses famously instructs the people. How are the people supposed to go about ensuring justice? For one thing, they are supposed to establish specific leaders, like shoftim, or "judges," who provide answers to difficult legal questions – be they "civil" or "criminal" matters – and shotrim, or "officers," who help to enforce the law.

Moses reminds those leaders that they are charged with upholding justice: they can't take bribes, show favoritism, or engage in any other kind of corruption. A few verses later, Moses talks about the law of appointing a king to rule over the people. The job of the king is to uphold God's law – not to act as a supreme human ruler who somehow takes the place of God. The king has to write a Torah scroll and carry it with him at all times. And soon after that, Moses engages in a discussion of another class of leaders: the kohanim, the priests.

What follows is a seemingly somewhat random list of laws, including:

In reading through this list, you might have noticed that some of these laws sound familiar. We don't just mean that these laws appear elsewhere in the Torah, since we often find in Deuteronomy that Moses repeats laws that were issued earlier – like the law about establishing cities of refuge for murderers, which we already heard about in Parshat Masei and Parshat Va'etchanan. We're thinking of something a bit more specific... that these verses about avoiding idolatry and only serving the one God, and not bearing false witness, and laws having to do with the rotze'ach, the murderer, we've heard them all before in one place, in one of the most famous passages of the Torah: the Ten Commandments. Now, is it just a coincidence? Or can the rest of the Ten Commandments also be found here, hiding, in this parsha? And if so, why?? Imu Shalev and David Block ask and answer that question in their two-part video: "Is There Spiritual Guidance Within Our Legal System?"

Moses then returns to the topic of the shotrim, those "officers" that we heard about at the beginning, the ones that we're supposed to appoint alongside the shoftrim, the judges – and when he does, it's to describe a very odd ritual. Whenever the people are going out to battle against an enemy, the Kohen (priest) comes out to make a speech, and then the shotrim come out to make a speech. The Kohen tries to instill everyone with courage for the upcoming battle — but what do the shotrim do? Look at what they say:

The shotrim are telling people to go home! They're saying: "I know that you're supposed to be joining in this military battle, and the nation really needs everyone right now – but we're going to let you off the hook and send you home. Why? Because we recognize that you have a compelling personal reason for going home, a reason that somehow trumps the value of your joining in the battle. You built a home but never lived in it, you betrothed a woman but never married her, or you planted a vineyard but never harvested its fruit. Or you're just plain scared, and we're afraid that you're going to infect the rest of the troops with your nervousness. Whatever the reason: go home."

You read a passage like this and you find yourself wondering: What makes these people so unique? Why is their individual safety more important than the communal need? Rabbi Fohrman grapples with this question in his video, "The Significance of Saving Private Ryan."

One thing is for certain: this is not what you would expect the nation's leaders to say on the eve of battle, and certainly not from the shotrim, the "officers," the people whose explicit job is to enforce the law. Why does the Torah use the word shotrim to describe these people who seem to be doing the opposite of enforcing the law? In his video "The Torah's Police Officers," Daniel Loewenstein answers that question, arguing that through this whole ritual with the shotrim and the Kohen, God is actually communicating to us a sort of political theory about how Jewish leaders ought to lead: how to balance the interest of the individual with that of the common good.

Next, the parsha instructs us to try to seek peaceful resolutions to conflicts with our enemies but if a military conflict can't be avoided, then we are supposed to annihilate them completely – but always to leave the fruit trees standing. And finally, Parshat Shoftim ends with a discussion of the laws of the eglah arufah, the heifer whose neck is broken: a strange procedure by which the kohanim and the elders of a city respond to an unsolved murder.