The next time we read the Behaalotecha Torah portion is June 10, 2023

Miriam and Aaron speak negative words about Moses. God teaches us the laws of Passover. 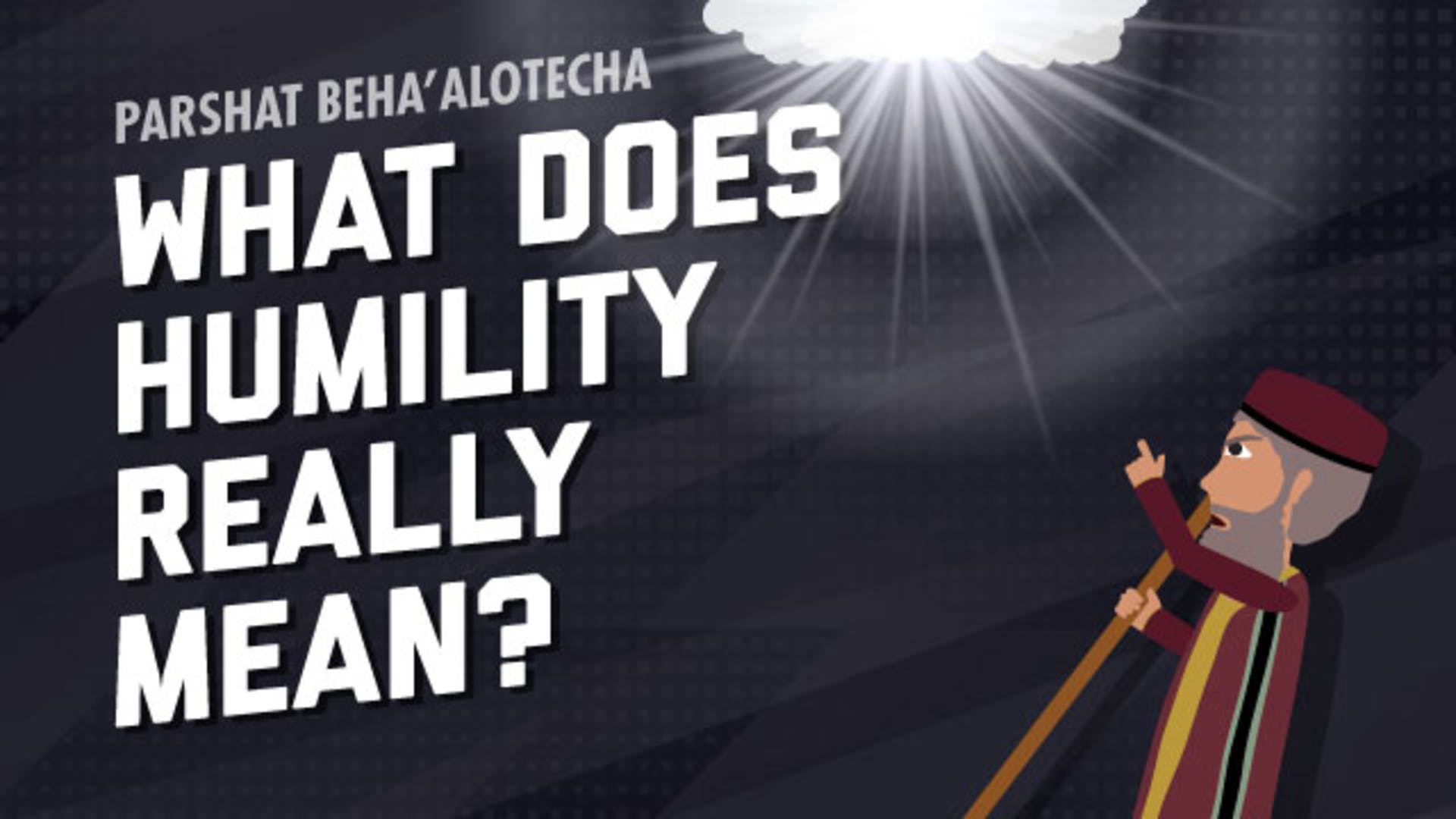 The Bible’s Definition Of Humility

The Torah describes Moses – he who stood up against God Himself – as the most humble man to walk to the earth. What? Join Rabbi Fohrman as he tries to understand Moses' humility and uncover his true greatness.
Watch Video

PREMIUM
Printable Guide
Beha'alotecha: Where It All Went Wrong

Parshat Behaalotecha tells the story of the Israelites finally leaving their encampment at the foot of Mount Sinai and beginning to travel through the desert. They have been situated there, in that same spot, since the middle of the Book of Exodus, over 50 chapters ago!

In that time, we've heard about their encounter with God — when God spoke to them and gave the Torah to Moses — about the building of the Mishkan (Tabernacle) and its subsequent dedication ceremony, about the inauguration of the Kohanim (priests), the sons of Aaron, and more. Granted, not all of those chapters have been about stories. We've also read our fair share of laws — that's what occupied the greater part of the Book of Leviticus — as well as tallies of the total number of people in each tribe and detailed descriptions of the layout of the camp.

It's been over a year in the lives of the people. But now, finally, in this parsha, the procession from Sinai to the Promised Land will begin. But before we get there, we encounter a few more stories and laws at the opening of Parshat Behaalotecha.

First, we read about God's instruction to Aaron to kindle the light of the menorah (lamp) inside the Mishkan (in the Holy of Holies), as well as God's instruction to Moses to perform a strange initiation ceremony for the Levites, setting them apart and designating them to play a special role in the Temple service. After that, we encounter a brief discussion about the holiday of Passover. God reminds Moses that the people should bring the Pesach, the Passover lamb offering, every year on the anniversary of the Exodus — and the people go ahead and bring the offering on that first anniversary. But some people in the nation weren't able to participate because they were ritually impure (from having come into contact with dead bodies). Disappointed to be left out of the ritual, they came to Moses and requested a second chance.

Moses relays their request to God and God grants it and institutes Pesach Sheni (or "Second Pesach"), which is to be observed each year, one month after Passover. (Are you surprised that God granted their request? Surprised that God hadn't preempted it with a plan of His own to deal with this issue? Then you may be quite interested to hear that this isn't the only time in the Bible when God responds to the complaint of a group of people about one of His laws and grants their request. To learn about that other story and how it might illuminate the "Second Pesach," check out this podcast.)

And now we're getting closer to the story of the people's actual departure.

We read some verses that describe the mechanics of the people's travels in the desert (that they were guided by God's "cloud" which would travel before them and then settle atop the Mishkan, that the cloud turned to a fire by night, about Moses' trumpets which were sounded at the start of a journey, about the dismantling of the Mishkan (Tabernacle), about Moses' pleas with his father-in-law Jethro to accompany them... and then the people set off! At this point, they are a mere eleven days' journey from the Land of Israel. (Confused by that last comment? Remembering that the people wandered in the desert for 40 years, so how could they be only 11 days away? Excellent questions – all of which are answered in Rabbi Fohrman's two-part series, What Did Moses Do Wrong?)

But no sooner do the people begin to journey than things go downhill... and fast. It starts with a series of complaints: about the manna, about how the people miss the food from Egypt: the meat, fish, cucumbers, watermelons, leeks, onions, and garlic. At the end of the parsha, God will respond to their complaints by bringing in a wave of quails, and some of them will die — of gluttony, it seems.

It seems impossible, but the people are actually rejecting the miraculous bread with which God has been nourishing them for the past year, the sustenance that God causes to rain down from heaven. How could they possibly be so ungrateful? Imu and David grapple with this in their video, "Can I Be Vulnerable With God?" Rabbi Fohrman has a fascinating take on the people's specific cries for food and their rejection of the manna, and suggests that this is the moment where it all went wrong, the moment that presages the calamities that are soon to come in the Book of Numbers: the sin of the spies, the rebellion of Korach, and more. Check out his video here.

Moses, distraught at the people's demands, their ungratefulness, turns to God for help — and God responds by instructing him to gather reinforcements: to identify 70 elders who can help him to shoulder the great burden of leading this people. Two other elders, Eldad and Medad, begin to "prophesy" in the camp — this upsets Joshua greatly, but Moses seems less bothered by it. Miriam, Moses' sister, speaks negatively to Aaron about Moses' decision to separate from his wife, Tzipporah. (For that, Miriam will be punished with a bizarre disease called tzara'at. For more on tzara'at, see Rabbi Fohrman's fascinating study here.) We are getting indications, perhaps, that the nation will soon undergo a leadership transition, that Moses — unique though he may be in the relationship he enjoys with God — isn't the only one who can lead them. But more of that will come later in the Book of Numbers, in Parshat Chukat (for a sneak peak, see this video: Why Did Moses Hit The Rock?)