In this parsha, we learn the laws pertaining to a suspected adulteress and the Nazarite. This is also the longest parsha in the Torah. 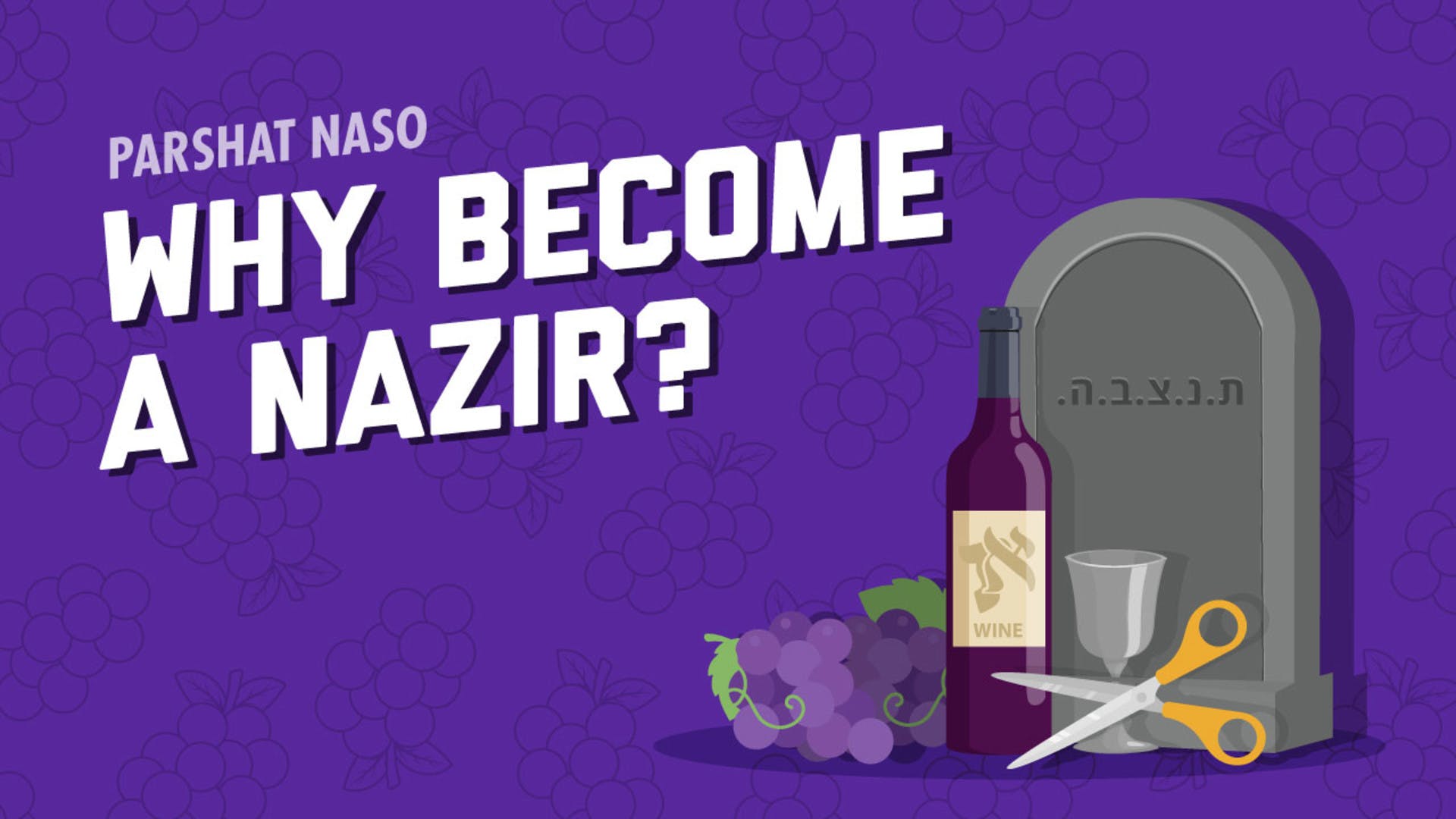 What It Really Means To Be A Nazarite

What is the meaning of the Nazir, and what is the right way to elevate ourselves to a true relationship with God?
Watch Video

Printable Guide
Naso: What Does The Torah Teach About Parenting?

Parshat Naso continues the themes that were raised in Parshat Bamidbar: the story of the census (in which God instructed Moses to count the people, tribe by tribe, with the tribe of Levi set apart) and a description of the special jobs that the Levites played in the camp. The Levites were responsible for the Mishkan (Tabernacle); they pitched their tents immediately around it, and they were tasked with taking it down when the people traveled and then putting it back up when they encamped. There were three sub-"families" within the tribe of Levi – Kehat, Gershon, and Merari – and in Bamidbar, we already learned about the specific job of Kehat. So here, in Naso, we learn about Gershon and Merari: Gershon was in charge of carrying the fabrics/coverings of the Mishkan, and Merari was in charge of carrying its structural components.

Parshat Naso also discusses the strange law of the sotah, the married woman who is suspected and accused of having committed adultery. For such a case, the Torah outlines a bizarre (and seemingly archaic) ritual: You bring the woman to the Temple and take a scroll of parchment which details this very law and you dissolve it in water — and give it to the woman to drink. If she was guilty, she would die a gruesome death. But if she was innocent, then she would survive the strange encounter. It sounds violent, humiliating, misogynistic... What is the meaning of all of this? If you're curious or confused about the law of the sotah, then listen to Rabbi Fohrman and Rivky's podcast, "What Are the Unique Laws of the Sotah Really About?" You'll never see it in the same way again.

Parshat Naso also discusses another strange law: that of the nazir (or "Nazirite"), a person who takes a vow upon himself or herself to abstain from grape juice or wine, from getting haircuts, and from touching a human corpse (clearly some of these things are bigger sacrifices than others!). Why would a person choose to become a nazir? Why should a nazir abstain from these specific things? They don't really all seem to fit together. And are we all meant to aspire to take this vow and become a nazir? Rivky Stern explores the law of the nazirnazir in her video.

That's it for the "strange laws" of Parshat Naso, but there's still a lot of good stuff left in this parsha. Like Birkat Kohanim, the Priestly Blessings, which God instructs Aaron and his sons to recite in blessing the people. The text of these blessings is very familiar, both because we continue to say these as part of our prayer services today, and also because many people have the custom to use these words to bless their children on Friday nights.

May God bless you and keep you

If you are wondering why we use the words of this blessing – that was originally designated for the priests – to bless our children, Rabbi Fohrman has a stunning answer. It is the basis of his three-part video series on Parenting.