In this parsha, Korach rebels and questions Moses's authority to lead the Jewish people. The ground swallows Korach and his followers, making it clear that Moses is in charge. 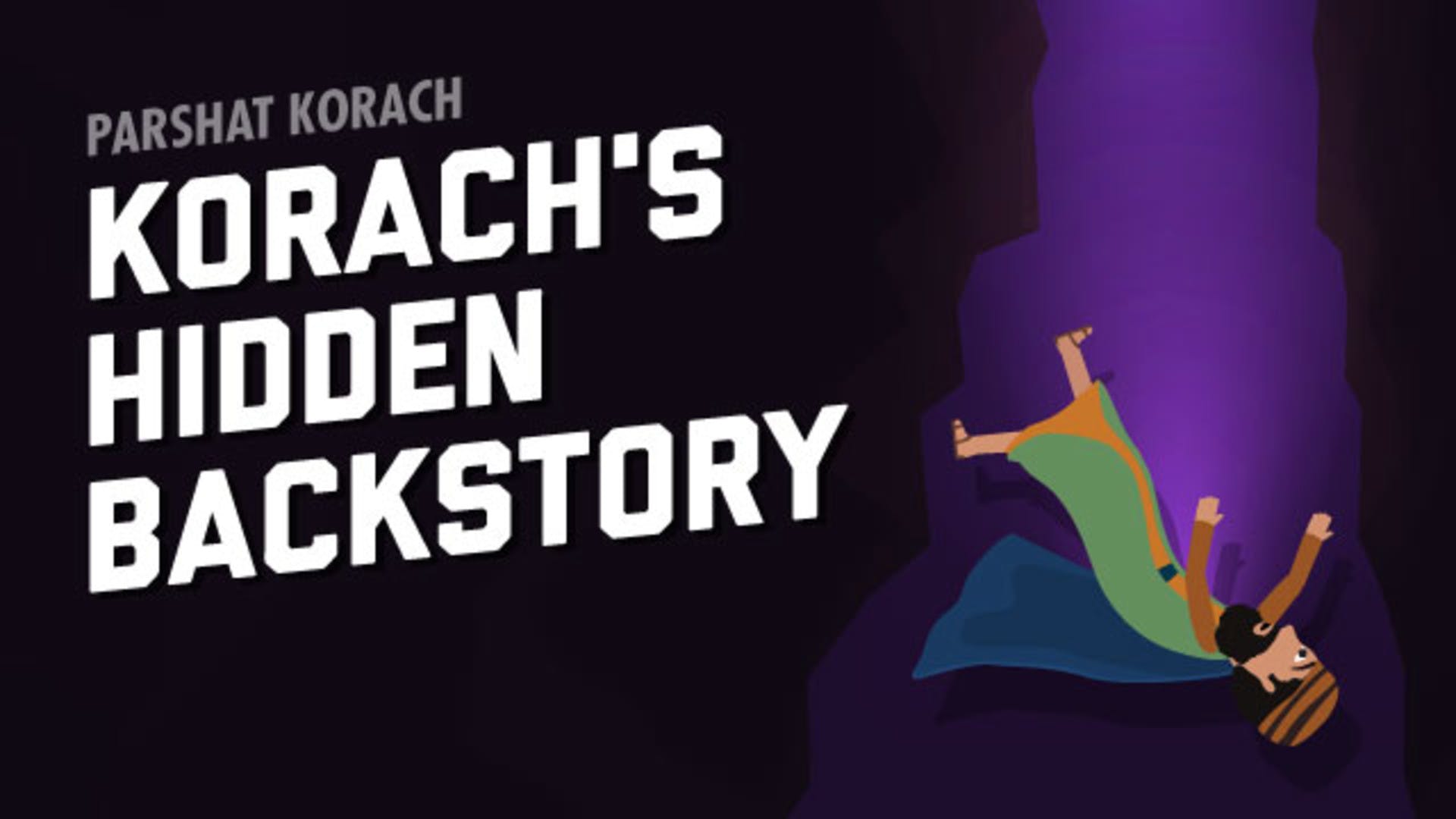 What The Bible Tells Us About Korach's True Motive

Why did Korach and his followers get swallowed up by the earth? Did this bizarre punishment somehow fit their crime? The answer may surprise you.
Watch Video

Printable Guide
Korach: Can We Change God’s Mind With Our Prayers?

Parshat Korach tells the story of the great political rebellion that was staged by Korach and his followers. We've seen members of the people of Israel approach Moses and Aaron and complain before, but never like this. What Korach attempts is nothing short of a coup. Take a look at his words to Moses and Aaron: "You take too much upon yourselves, for the entire congregation are all holy, and the Lord is in their midst. So why do you raise yourselves above the Lord's assembly?"

At first glance, it may seem that Korach is a populist hero. He's speaking up for the holiness that resides in all people, making an attractive egalitarian claim, suggesting that there's a problem with the hierarchy that is inherent to the Torah's leadership model, with Moses and the Kohen Gadol (High Priest) at the top, and everyone else below. You may even be inclined to sympathize with Korach and his cause. But if you read on in the story, it's clear that God does not.

God sends a plague against the people who supported the rebellion, and ultimately has Korach swallowed up by the earth. God's wrath is so inflamed that Moses needs to advocate on behalf of the people and plead with God not to destroy Israel altogether.

So it's clear that God isn't pleased with Korach's rebellion – but to understand why, you have to read in between the lines. Let's start with Moses' words. Moses seems suspicious of Korach's claims right from the start, because he responds to Korach: "Is it not enough that the God of Israel has distinguished you from the congregation of Israel to draw you near to Him, to perform the service in the Mishkan of the Lord and to stand before the congregation to minister to them? He drew you near, and all your brothers, the sons of Levi with you, and now you seek the kehunah as well?" To understand where Moses is coming from here, you have to recall Korach's lineage.

He is actually Moses and Aaron's first cousin, a member of the tribe of Levi, from the family of Kehat.

While not the primary leader of the nation — like Moses — and not the High Priest — like Aaron — Korach enjoys an illustrious position in his own right. The Levites were set aside and gifted the responsibility of caring for the Mishkan, the Tabernacle.

The Sages even tell us that Korach was personally entrusted with carrying the Holy Ark on his shoulders, when the nation would travel! So Moses seems to be saying to Korach: "You say that you want to do away with hierarchy..... but perhaps you're not being entirely honest. Perhaps what would really satisfy you if to become the High Priest yourself! You only don't like hierarchy if you can't be at the tippy-top." At least, that's one possibility.

So what did Korach really want? Was there a gap between what he said and what we was truly trying to accomplish? And another question: what made him stand up all of the sudden to start trying to overthrow Moses and Aaron? A guy doesn't just wake up one morning and decide to launch a rebellion. It's gotta come from somewhere. There must be a motivation, a story.

If you want to learn more about Korach and this bizarre account, we've got you covered. In "Why Did Korach Rebel?," Rabbi Fohrman puts forth a theory about the true reason for Korach's rebellion — and links it, in fascinating ways, to the meaning of Korach's name. Imu Shalev and David Block offer their own interpretation of Korach's complaints in their video, "Rejecting Israel's Leaders." And in our latest video, Ami Silver unearths Korach's fascinating "backstory" in the Bible that sheds a whole new light on where Korach comes from and what was really going on inside his head.

What follows Korach's rebellion, in what's left of this parsha? First, we read about the test of the staffs, a strange procedure in which God miraculously makes Aaron's staff blossom, seemingly as further proof that God indeed supports Aaron as the rightful High Priest. Then we read about some privileges associated with the priesthood, and with the tribe of Levi as well.