In this Parshat Shelach, Moses commands the '12 spies' to visit the land of Canaan. When the spies return, ten of them tell the Jewish people that it is too difficult to conquer the land. Joshua and Caleb disagree and admonish the other spies for not having confidence or belief in God. 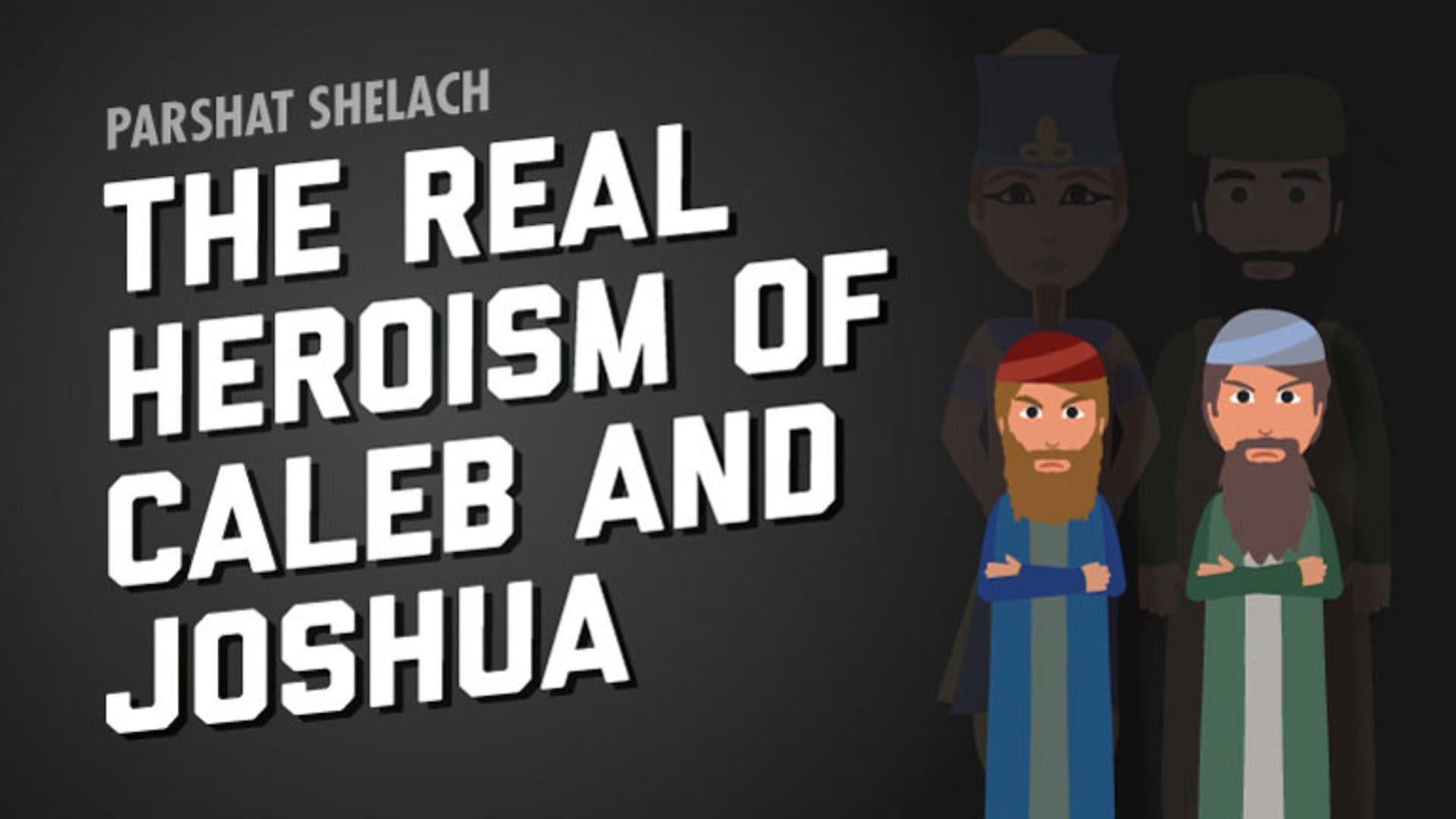 The Lesson Behind Joshua And Caleb's Good Report

PREMIUM
Printable Guide
Shelach: How Can We Relate To Such a Vengeful God?

Parshat Shelach focuses on one of the most tragic accounts in the entire Torah, certainly in the history of the Israelites' time in the desert. It seems to start off innocently: God instructs Moses to appoint 12 men, one from each of the 12 tribes, and to travel to the land of Israel to scout out the land. After Moses appoints the men and we hear about each of their names and which tribe they represent, the Torah records for us a series of questions that Moses poses to them: Is the land good or bad? Is it fertile or not? Are the inhabitants of the land numerous or few? Are they strong or weak? What about the cities of the land: are they fortified or merely encampments? The spies go out, travel around, and return after 40 days, bearing freshly picked fruit and a report of what they saw.

The report starts off on a promising note, extolling the land as one "that flows with milk and honey." But from there, the report turns sour. What the spies proceed to say – that it's a land that "devour its inhabitants," that the "people who inhabit the land are mighty," and that "we are unable to go up against those people" – is enough to cause the whole nation to lose its nerve. No longer are the people prepared to enter the land and conquer it from the inhabiting nations, with the help of God. Now they're scared, they're mourning, and – as they say – they would rather go back to Egypt than to proceed any farther! Two of the spies, Caleb and Joshua, try to speak up, to convince the people that they can conquer the land, but it's no use.

It's a frustrating story. As you read it, just as the spies are about to give their report, you want to scream out, "NO – DON'T DO IT!" Sure, the land looked scary... but how could they have doubted that the Almighty God would help them to conquer it? Didn't God already do enough to prove His power, to earn their trust? Imu Shalev and David Block relate to this question in their video, "How Can I Trust God When I Don't See Him?"

And then there's God's punishment. In response to the spies' report and the people's reaction, God basically says: "You don't want My land? You don't get My land!" and decrees that the whole generation (minus the conscientious objectors, Caleb and Joshua) are going to die in the wilderness, never to enter the land.

What was soooo bad about the spies' sin that it merited that punishment? And, perhaps more importantly, what does this say about God's relationship with the people? How are we supposed to connect to such an angry, vengeful God? Rabbi Fohrman addresses that and more in his video here.

If you want to understand the sin of the spies, there's one more place that you might look – at the courage of Caleb and Joshua. How do we understand the import of what they did that day? They stood up, they weren't afraid to speak their minds against the majority, they voiced an unpopular opinion, and they're to be lauded for all of that... but what actually happened? They didn't change any minds on that day. As soon as they finished their stirring speech, the people tried to stone them. In the end, it seems that they had no effect at all. But a careful read of the verses reveals a hidden story of Caleb and Joshua, a story that shows that they did something magnificent on that day, something with a significance that resounded through the generations. Beth Lesch reveals that hidden story in her video, "The Real Heroism Of Caleb And Joshua."

And there's more to Parshat Shelach than the story of the spies. We also read about several laws – two of which remain extremely relevant in contemporary Jewish life today. The first is the law of taking challah, the idea that when a person prepares and kneads dough for bread, a part of it must be separated and taken to the priest. Even though today we have no Temple and no official priests, we still make dough – especially loaves of challah for our Shabbat meals – so people still separate a part of the dough and set it aside. What is the significance of this odd act? Rabbi Fohrman asks and answers that very question in his video, "Challah: What's So Special About Making Dough?" – a video which may well change the way that you understand challah and will deepen your experience of enjoying those baked loaves on the Shabbat table.

The second law of note which comes up at the end of Parshat Shelach is the law of tzitzit, which requires that we put fringes on the corners of our four-cornered garments to remind of the God's commandments.