Why the Israelites Complained About Manna: Can We Be Vulnerable with God? | Aleph Beta

Can I Be Vulnerable With God?

Understanding Why The Israelites Complained About Manna 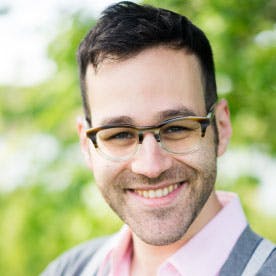 We've finally started traveling in the desert. . . and the people immediately complain? Did they suddenly forget that they had just been so close with God?? And how can we understand, and relate, to this seemingly ungrateful, chutzpadik nation?

Finally, the Israelites start travelling. For nearly a year, they've been connecting with God at Sinai. God spoke to the people through Divine revelation; they built the Mishkan, where God's cloud came to rest, with the people; and they were given laws, through which they'd be able to live with God, always, and everywhere.

And now, at what should be the apex of Israel's relationship with God, what we would we expect to hear? Sinai was the wedding, the past year was the honeymoon phase, and now we're settling in for a long life together, right? But...that's not what we find at all.

The very first thing the people do after they start moving is… complain.

How Do We Understand the Israelites Complaining About Manna?

Did they suddenly forget that they had just been so close with God?? What's going on?

And, many of us struggle with this part of Torah. Because it's just hard to relate to. We read these stories in the Torah, and we fall into the trap of judging the people. We think: If I were around back then, I would never have sinned like that. But the Torah isn't an ancient history book. It's meant to have timeless lessons, for all of us – from a shepherd in the time of David, to a stockbroker in 2016. So how can we understand, and relate, to this seemingly ungrateful, chutzpadik nation?

Join us as we explore this story and figure out what we're supposed to learn from it...this week, on the Parsha Experiment.

Hi, I'm David Block, and welcome to the Parsha Experiment.

So, the people complain to Moses:

וְעַתָּה נַפְשֵׁנוּ יְבֵשָׁה, אֵין כֹּל–בִּלְתִּי, אֶל-הַמָּן עֵינֵינוּ – And now, our souls are dried out...we have nothing except for the manna.

And so, God gives them slav – quail. Okay, so the people are about to travel, and they complain about food...does that remind us of anything?

Look back in Exodus, as the Israelites arrive in the desert.

How Many Times Did the Israelites Complain in the Wilderness?

Despite their horrific experiences in Egypt, despite God having just rescued them, they complain: "If only we died in Egypt!

Look at that. Both stories take place at beginning of Israel's travels in the desert – in Exodus, from the Sea of Reeds, and in Numbers, from Sinai. And in both stories, the people long for food.

And, there's another similarity. Back in Exodus, God gives the people manna in response to their hunger, but He also gives them something else: וַיְהִי בָעֶרֶב–וַתַּעַל הַשְּׂלָו, וַתְּכַס אֶת-הַמַּחֲנֶה – at night, the quails came up and covered the camp. And those same two foods are the focus in Numbers too. At some point after the story in Exodus, the quail stops, and now, in Numbers, the people complain that all they have is manna – which has continued to feed the Israelites since that very first story. And in response, וַיָּגָז שַׂלְוִים מִן-הַיָּם, וַיִּטֹּשׁ עַל-הַמַּחֲנֶה – the wind brought forth quails from the sea and they fell by the camp.

The similarities don't stop there. Not only is the content of the complaints similar, but they both follow the same structural formula. In Exodus, they said: "מִי–יִתֵּן מוּתֵנוּ בְיַד-יְהוָה בְּאֶרֶץ מִצְרַיִם" – if only we had died in Egypt. Then, they reminisce about how good it was back in Egypt – בְּשִׁבְתֵּנוּ עַל-סִיר הַבָּשָׂר, בְּאָכְלֵנוּ לֶחֶם לָשֹׂבַע – as we sat over pots of meat and were full with bread. But now? כִּי-הוֹצֵאתֶם אֹתָנוּ אֶל-הַמִּדְבָּר הַזֶּה, לְהָמִית אֶת-כָּל-הַקָּהָל הַזֶּה בָּרָעָב – you've brought us out to the desert only to die of hunger!

Those three elements – [1] "if only," [2] reminiscing about Egypt, [3] and then a description of how dire their current state is – are exactly replicated in the complaint in Numbers too. מִי יַאֲכִלֵנוּ בָּשָׂר – if only we had meat. Then, זָכַרְנוּ, אֶת-הַדָּגָה, אֲשֶׁר-נֹאכַל בְּמִצְרַיִם, חִנָּם – we remember all the fish that we ate in Egypt for free! And the cucumbers and watermelons, and leek, and onions, and garlic. But now? וְעַתָּה נַפְשֵׁנוּ יְבֵשָׁה, אֵין כֹּל–בִּלְתִּי, אֶל-הַמָּן עֵינֵינוּ – our souls are dried out...we have nothing except for the manna.

But, there are also some jarring differences.

Differences in the Israelites' Grumbling and Complaining

In Exodus, they actually have no food. They're scared they'll die of starvation. But in Numbers, that's not true at all, they've had manna since that Exodus story! And yet, they complain as if the situation is the same:

We're dried out! אֵין כֹּל – we have nothing.

And look at God's response to the two complaints.

In Exodus, God seems to understand the people. Oh, you're hungry? Here's food. He simply provides them with what they ask for. But God's reaction in Numbers couldn't be more different. וַיִּחַר-אַף יְהוָה מְאֹד – God was enraged. And ultimately, וַיַּךְ יְהוָה בָּעָם, מַכָּה רַבָּה מְאֹד – God struck the people with an extremely severe blow.

So what's going on here in Numbers? Why do the people complain about food again, even though they already have food? And why does God react so differently to their complaint?

The key may be in one last difference between the two stories.

What God Says About Their Complaining

In Exodus, after the people complain, God says to Moses:

What does that mean, so that they'll know I'm God? How could they not know??

As we discussed back in Beshalach, after God took the people from Egypt, they doubted whether God was really with them, whether He would lovingly provide for them. And while the people, perhaps, should have believed, it seems that God understood that skepticism. After all, at that point, though He did save them, it was really all through...destruction.

God annihilated Egypt through the plagues, He obliterated their army in the Sea of Reeds. So yes, God is powerful, but...loving? They had no idea what a loving God even was! God says, I get it. I'll show that you I'm with you, that I love you. I'll provide for you, tenderly, lovingly, with food. I'll give you manna, and quail. And then I'll be with you at Sinai, and we'll spend a year getting close to each other.

But now...look at Numbers. It didn't work. They still doubt! How is that possible??

But maybe there's something deeper there. Maybe it was never really about faith in God. It was something else, masked in an issue of faith. And if that's the case, perhaps whatever the real issue was, that continued, even into Numbers.

Why Did the Israelites Complain About Manna?

We think that the ultimate answer lies in the details of the first manna story, in Exodus. When God provided the manna, it was given with two restrictions. First, when they collected each day, v'laktu davar yom b'yomo, they could only take exactly the amount they'd need for that one day. And secondly, viheichinu et asher yavi'u, v'haya mishneh – they would collect double on Friday, but would not collect at all on the Sabbath. But...why? I mean, what if they get hungry later?? What is God trying to tell us, by restricting how much and when we can take manna?

Let's say I'm an Israelite. God just freed me from Egypt with incredible wonders. Now, I'm in the desert, where God tells me, I know you don't have anything, but don't worry, I'll take care of you. Well, that's nice, but...it's also scary. Because I have no control. Forget about going to a grocery store to buy food, I can't produce anything! I can't even plant, or harvest! I am completely in the hands of God...I have no control.

And we humans have a natural desire to be in control, because in our minds, control is security. We want physical security, so we set up alarm systems. We want financial security, so we put our money into banks or in rock-solid investments. Because when we don't have security, when we're not in control, we're exposed. Unprotected. We're utterly vulnerable.

An Example of Vulnerability in the Bible

In this new relationship God is building with us – where He does everything from taking us out of Egypt, to providing us with breakfast every morning – God says, this isn't going to work unless you're completely open to being in this relationship with Me. I'll provide for you, of course I will – but you must give up control, let yourselves be vulnerable, and put your complete trust, and love, in Me. So only take what you need for that day – not a morsel more. And if you can trust me, I'll never let you down.

So when they complained back in Exodus, it wasn't only about a lack of food. And of course they didn't actually want to go back to Egypt. At the heart of it all, there was a paralyzing fear of being vulnerable. In Egypt, at least they knew where their next meal was coming from. And now, it's all up to God.

What Is the Bible Saying About Trust, Vulnerability and Intimacy?

And now let's come back to Beha'alotecha. This time, there's no worry of starvation…God has been providing them with food. They're just sick of manna. But there's something odd. Right after the complaint, the verses go into great details about how people would prepare the manna.

The people are trying to process the manna…to put their own, human stamp on it. They're trying to take control. They say that the issue is lack of food choice, but at its core, the people just don't want to rely on heavenly bread. We don't want to be completely vulnerable to God. It's precisely the same underlying issue of their complaints back in Exodus. And, just like last time, it means something bigger. God, we're not ready to be completely vulnerable to You. And...God's incredibly disappointed.

Why God Hates Murmuring and Complaining

That's why God responds so harshly. God says: I knew you were nervous to be completely vulnerable, to cede all control. So I was patient. I provided for you. I gave you rules to ease you into it, to help you learn that you can give up control, you can rely on me! When I gave you food in the desert for the first time, I told you, if you follow in My ways – if you put your trust in me – כל המחלה אשר שמתי במצרים לא אשים אליך – all the destruction that I brought upon Egypt I won't bring upon you. I will take care of you, you just have to let yourself be vulnerable. But after all that, you still reject me. And therefore, in this week's parsha, the relationship breaks down, and the people are met with that very destruction God warned them about.

At the heart of the issue, both of these stories are about being vulnerable in our relationship with God. And that's a challenge we can certainly relate to. We try to control each detail of our lives, and we have such trouble relinquishing that control. Because yes, when we're vulnerable, we're exposed. We can get hurt. But it's also only through that vulnerability that we can build a deep and close relationship. Only when we trust God to love us and take care of us, that we can ultimately reach that epic level of closeness with God.