The Vayishlach Torah portion is read on November 21, 2021 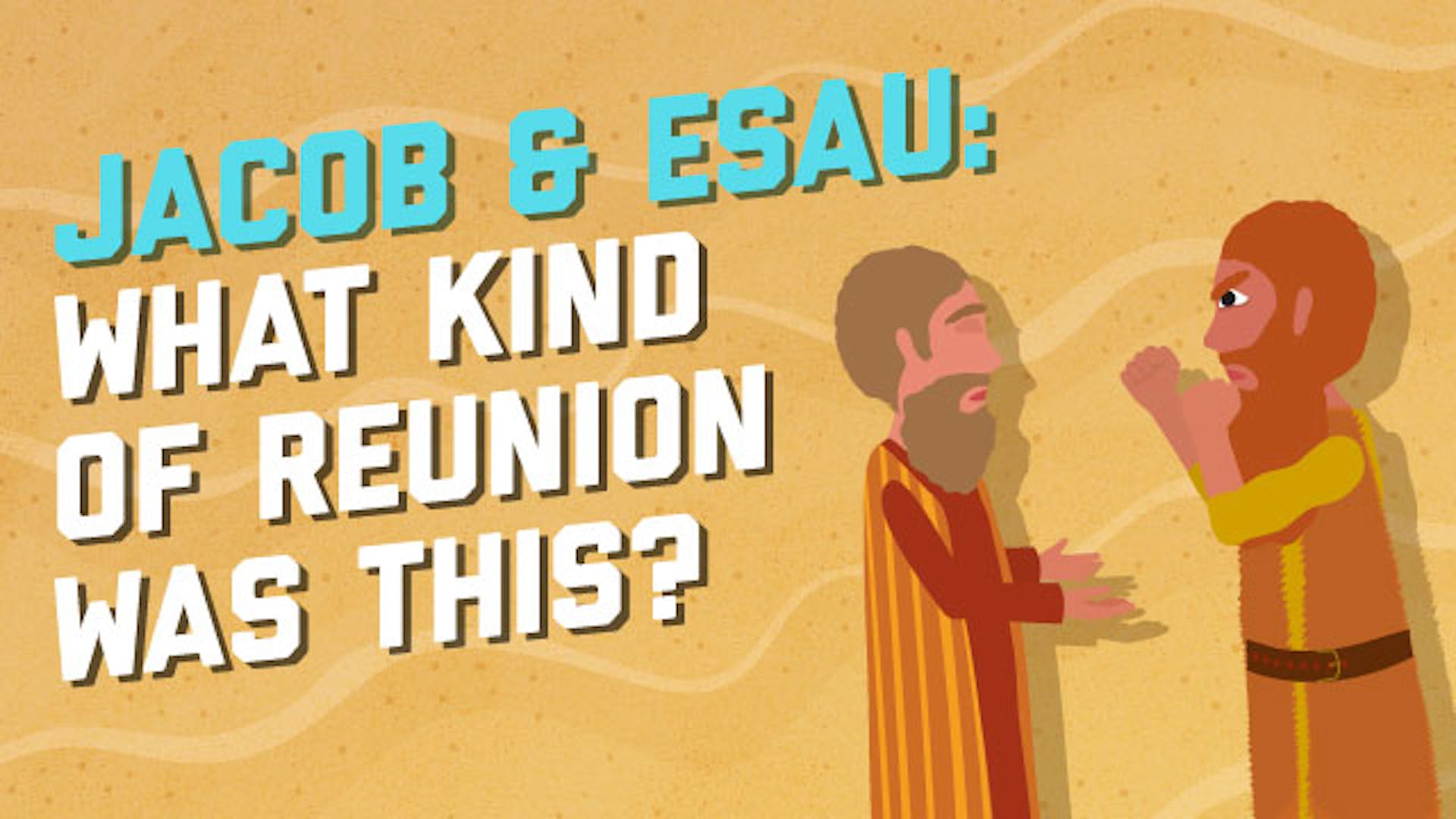 The Sons Of Isaac Reconcile

Jacob reunites with Esav, and emerges without a scratch. How did this happen? Did Jacob once again escape the wrath of his brother with some clever maneuvers? Did he win Esav over with bribes and flattery? Watch this video to find out what really happened.
Watch Video

PREMIUM
Blog Post
The Journey From Yaakov To Yisrael

Parshat Vayishlach continues the Genesis tradition of drama between the descendants of Abraham. The Torah portion begins with Jacob sending a message to Esav, that he had been staying with Lavan and that he had become rich! The messengers return with the report that Esav is coming to meet him, and bringing 400 men with him. Jacob becomes frightened, and does two things: he splits his camp into two, so that one can flee if the other is attacked, and he prays to God to deliver him. Jacob then assembles a gift for Esav, of hundreds of animals, and instructs his servant to deliver them. Before meeting with Esav, Jacob wrestles with a “man,” and when Jacob wins the fight, at daybreak, the “man” blesses him by changing his name from Jacob to Israel, for he had “striven with God and with men, and prevailed.”

At sunrise, Jacob limps away, due to an injury to his thigh. (The Torah also gives us a heads up: due to this injury, today, we avoid eating the hollow of the thigh! Interesting tidbit!) Jacob and Esav finally meet, and, to Jacob’s relief, Esav seems to act lovingly towards him, and they both weep. Esav tries to convince Jacob to come join him in Seir, but instead, they part; Esav leaves for Seir, and Jacob leaves for Sukkot, where he builds a home and makes booths (“sukkot”) for his cattle.

Jacob also buys a small piece of land outside Shechem, which sets up the horrifying story of Dinah, Jacob’s daughter, in the land of Shechem.

Dinah goes out to see the daughters of the land, and Shechem, the son of the king, sees her,and takes her. (Town and prince have the same name, so don’t get confused!) When Jacob’s sons hear what Shechem did to Dinah, they are incensed. Chamor, Shechem’s father and the king, comes to Jacob, asking for Dinah as Shechem’s wife.

Jacob’s sons then trick Chamor, saying that they could only give Dinah to Shechem if all of the men of the town would become circumcised. Chamor agrees, and three days later, as all of the men are recovering from their circumcisions, Shimon and Levi, two of Jacob’s sons, sneak into the city. They slaughter all of the men of Shechem, including both Chamor and Shechem, loot the entire city, and take Dinah back. Jacob rebukes  them, but they stand their ground.

Rebecca’s nurse Deborah dies, and they bury her. Jacob and his family travel locally, and keep making altars for God. Then, as the entire family is traveling, Rachel dies in labor. Just before dying, Rachel names her son Ben-Oni, but Jacob calls him Benjamin. They bury Rachel on the road and continue journeying. Reuven lays with Jacob’s concubine, Bilhah. Isaac dies, and Esav and Jacob reunite once more to bury their father. (This is reminiscent of a few chapters earlier, when Abraham died, and Isaac and Ishmael came together to bury him.)

At the end of Vayishlach, the text tells us the descendants of Seir, and lists the kings of Edom.