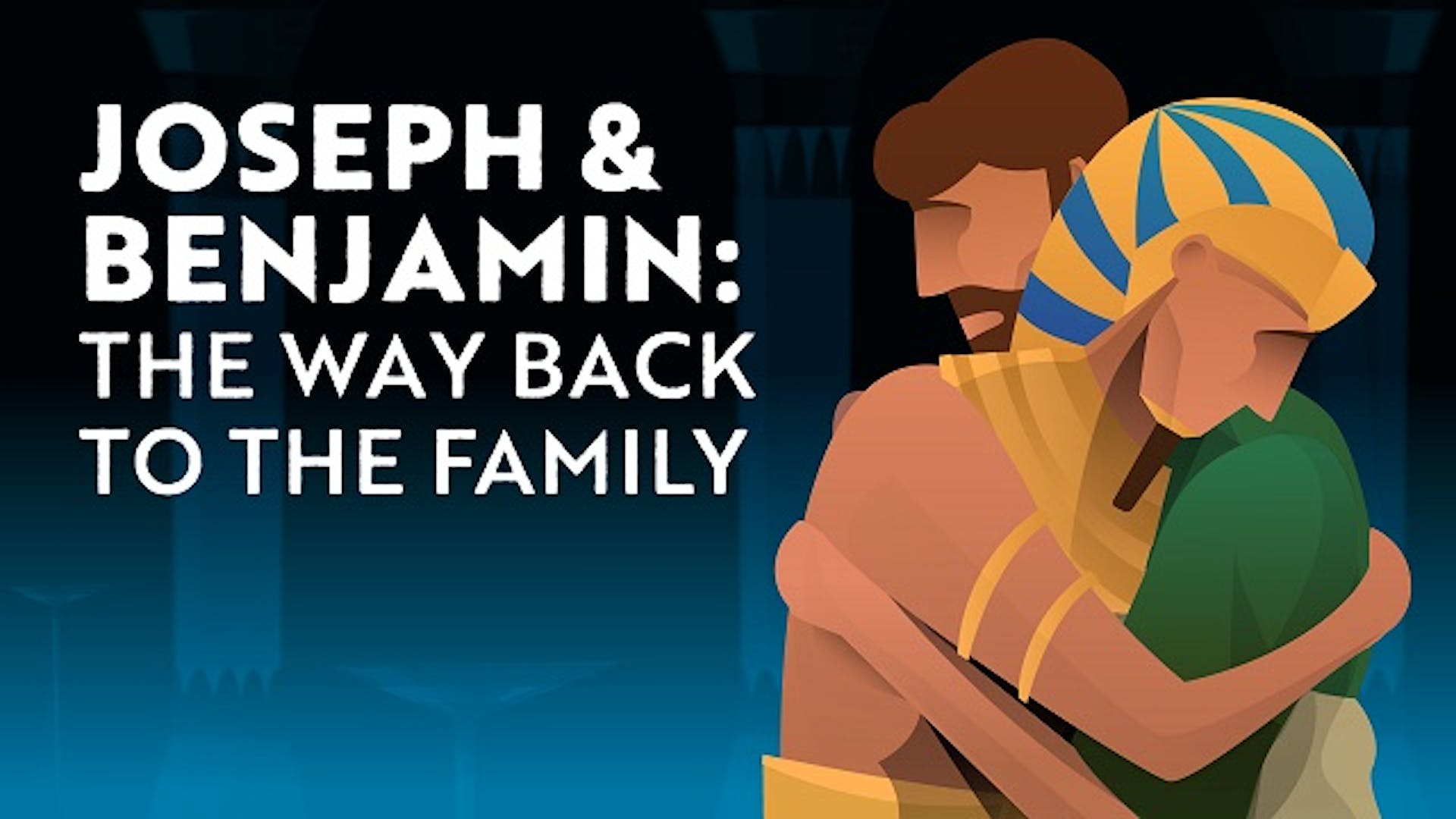 In a final effort, Judah begs Joseph to let Benjamin go, using an interesting phrase: "The lad is unable to leave his father." Interestingly, that particular phrase comes up somewhere else in Genesis: in the Garden of Eden, following the union of Adam and Eve. But what could marriage possibly have to do with the drama of Joseph and his brothers in Egypt?
Watch Video

Printable Guide
Vayigash: The Epic Confrontation Between Judah and Joseph

At the conclusion of the previous parsha, Parshat Miketz, Benjamin seemed fated to be stuck in Egypt forever, a captive of this Egyptian high official (who, unbeknownst to Jacob’s sons, is actually their long-lost brother Joseph). And so, with the first verse of Parshat Vayigash, begins one of the most moving speeches in all of the Book of Genesis, and perhaps in the entire Torah.

Judah steps forward, approaching the Egyptian high official. His aim is, somehow, to bring Benjamin back home safely to their father because he had promised his father that he would personally take responsibility for bringing Benjamin home, and because he knows how the loss of Benjamin would break his father’s heart.

Benjamin is, after all, the second child of Rachel, Jacob’s deceased wife – and since Joseph has been missing for many years, Benjamin is the only remaining child of Rachel. He is Jacob’s only living connection to her.

And so, in this most emotional speech, Judah tells all of this to the Egyptian high official. He tells him that his father had several wives but loved one more, that his father’s heart was broken when he lost a child and will be broken once more, perhaps irreparably, if he loses another.

Judah shares all of this in an attempt to persuade the Egyptian high official to let Benjamin return home – even if it means that he, Judah, will take his place as an eternal slave in Egypt. This is a shocking offer, especially when he recalls that, many years ago, Judah seemed all too eager to throw his brother Joseph under the bus, to lift him from a pit and sell him into slavery, in order to make a quick buck. What we are seeing is a profound development of character on the part of Judah.

Joseph listens to Judah’s speech, to Judah’s acknowledgment that their father loved Rachel more than Leah, to Judah’s willingness to sacrifice himself for Benjamin, and Joseph is overcome with emotion. Unable to contain himself, he sends all of his Egyptian servants out of the room, and reveals himself to his brothers: “I am Joseph! Is my father still alive?”

Joseph seems to understand that they must be shocked beyond belief by this news, and also terrified; for perhaps they worry that Joseph has been holding a grudge against them for all of these years and that now, as he sits before them in his high position of power, he will seek revenge.

So Joseph reassures them (to paraphrase): “Don’t worry. I know that you think that you did a bad thing, selling me into slavery. But it was actually for the best. This was all a part of God’s plan so that I could be in a position to help you all today. For how would you survive the famine if things hadn’t worked out the way they did?”

Joseph sends his brothers to Canaan with gifts and instructions to bring their father, Jacob. On that trip back to Egypt, God appears to Jacob in Be’er Sheva. He tells Jacob not to fear going down to Egypt, for God will make him a great nation there. It is, on the one hand, reassuring; but on the other hand, it signals a potentially worrying detour in the unfolding history of this family.

God had made a promise to Abraham –Jacob’s grandfather – that he would become a great nation and that nation would inherit the land of Canaan. But here, only two generations later, Jacob and his children are leaving Canaan and are heading to settle in a foreign land, albeit with the fulfillment of the promise of nationhood on the doorstep.

The promise of nationhood is coming but what about the promise of land? For a first-time reader of the Bible, one wonders for how long this arrangement in Egypt will last: when will the children of Israel return to Canaan? Need they only wait out the famine for a few years, and then return? Alas, the seasoned reader of the Bible knows, all too well, that this arrangement will last for hundreds of years and that things will get far worse – harsh enslavement in Egypt – well before they get better.

And so the whole family returns, everyone enjoys an emotional reunion and a meeting with Pharaoh, and Joseph settles his family in the neighboring area of Goshen. While Joseph’s family thrives in Goshen – for he is in charge of all of the grain of Egypt and he is personally minding their welfare – things do not look so rosy for the rest of Egypt.

In order to secure life-saving grain for themselves, the Egyptian people end up selling their land and themselves to Pharaoh. It is an understudied section of the Book of Genesis with admittedly haunting hints to the story that will be told at the start of the Book of Exodus, which reads like a mirror image of this: when the children of Israel are pressed into servitude to Pharaoh.

Interested in learning more about the upcoming parshiot? Check out Aleph Beta’s parsha pages on Vayechi, Shmot, and Vaera!