The new Pharaoh enslaves the Israelites and demands all males be killed upon birth. Moses is born and placed in the Nile river, where he is discovered by Pharaoh's daughter. Moses grows up in the house of Pharaoh. Moses kills an Egyptian slave master and runs away from fear of retribution. He sees a burning bush and hears God speak to him. God commands Moses to lead the Jewish people out of Egypt. 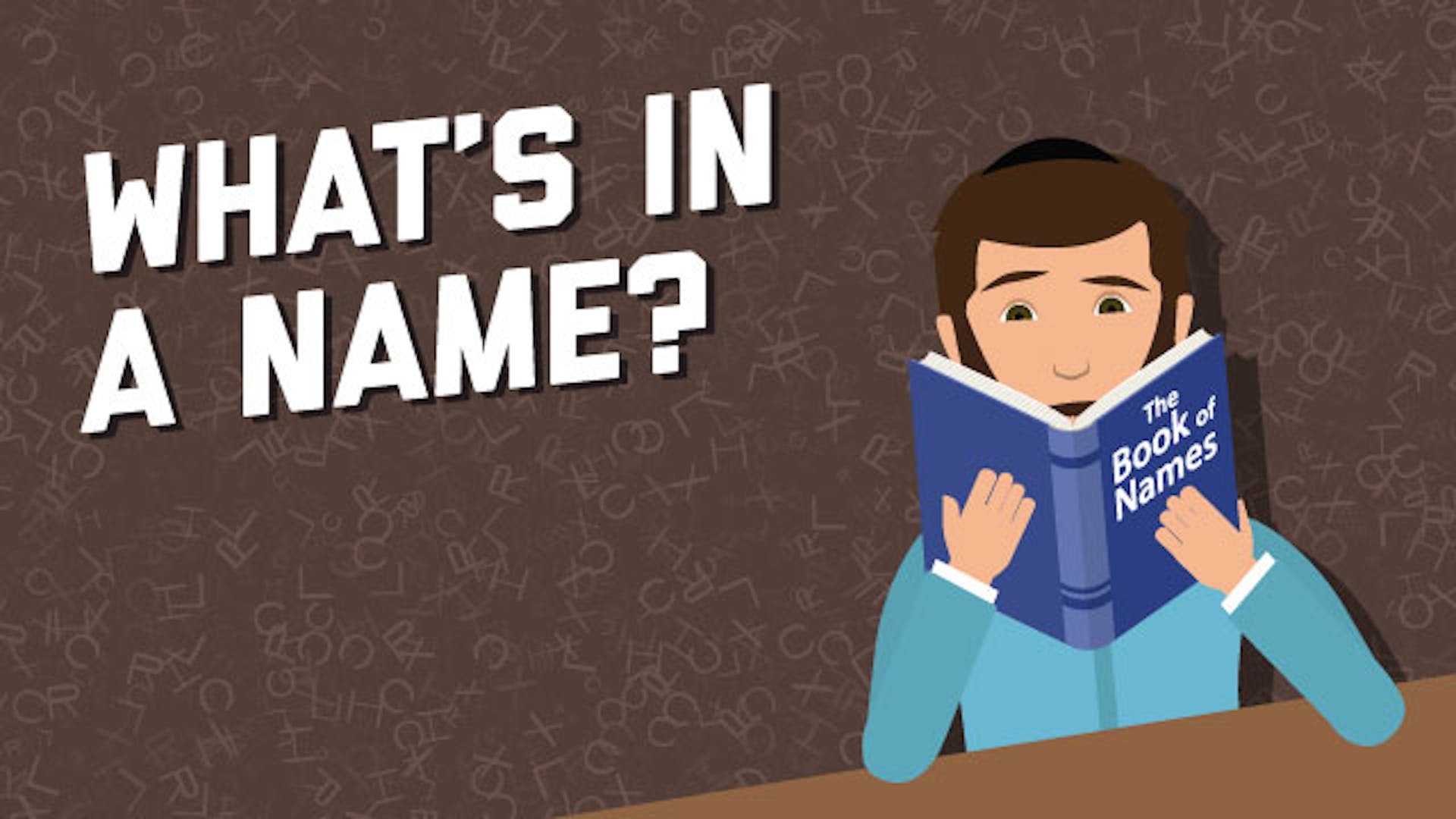 The Meaning Of The Name "Shmot"

Have you ever wondered why The Book of Shmot is called 'Shmot' – meaning 'Names'? In English, we translate it to Exodus, which makse sense because there was an EXODUS from Egypt! So where do the names come in? Turns out that names play a larger role in the story of Shmot than you may have thought. Join Rabbi Fohrman in uncovering the unique meaning behind the name Shmot.
Watch Video

The Book of Exodus (in Hebrew: Shemot, or "Names") picks up largely where the Book of Genesis left off: with the story of the children of Jacob aka Israel. (By the way, if you're curious to know why we call this book "Names," Rabbi Fohrman has an answer for you in this video). There are 70 such persons, to be exact, if you count up all of Jacob's children and grandchildren who made the epic trek from the land of Canaan down to Egypt – but it doesn't take long for that number to explode.

Those 70 persons are fruitful and multiply, and in short order, the land of Egypt is teeming with them. (By the way, does this language of "being fruitful and multiplying" remind you of anything? Spoiler alert: Does it sound reminiscent of... creation? When God tells Adam to be fruitful and multiply? Good, that's not the only hint to creation. In fact, far from it! Read through the text and see what else you notice... and then ask yourself what the text might be trying to tell us.)

Meanwhile, a new king comes to power in Egypt – different from the earlier Pharaoh that we had come to know, the one who had a special, intimate relationship with Joseph. So with Joseph dead (that happened in Parshat Vayechi) and the old Pharaoh dead, and Israel's privileged position in the land of Egypt is no more.

This new Pharaoh is fearful of Israel's rapid population growth – he and responds with violence. You know how the story goes, right? Wait, not so fast. Yes, yes, he will enslave the Israelites, but that's not the first thing that he does. First, he attempts to oppress them by appointing tax collectors over them (for a far-flung but fascinating discussion about these tax collectors, check out our video on Hanukkah – yes, Hanukkah, and stick with it until minute 9:00 for the big reveal); and when that doesn't work, he orders a form of genocide: that all of their male babies be killed upon the birth stool.

When that plan fails (thanks to the pious courage of midwives Shifra and Puah – we can argue over whether they were Israelites themselves or rather Egyptians who cater to the Israelite women), Pharaoh enlists his people to help, ordering them all to find Israelite baby boys and cast them into the Nile. It's a frightening and violent tale.

Enter Moses. The rest of Parshat Shemot, and really the rest of the Five Books of Moses, is going to tell the story of this man and his ultimate leadership of the people Israel. The spotlight zooms in upon this child of Amram and Yocheved, brother of Aaron and Miriam, the child who manages, miraculously, to survive Pharaoh's death decree.

When he is a mere three months old, his mother bundles him up into a basket and deposits him into the Nile river, while his older sister watches to see what will happen. (See this video for a fascinating and emotional study of why Miriam stood by to watch – and what it has to teach us about Miriam's faithfulness, of all things.)

The daughter of Pharaoh, of all people, is bathing by the Nile and just happens to see baby Moses floating in the reeds. She instructs her maidservant to rescue him from the water and, recognizing immediately that he is one of the persecuted Hebrews, decides to adopt him and raise him in the palace. (For a new spin on an old story, a midrash, told by the rabbis, discover what actually happened when the daughter of Pharaoh decided to save baby Moses.)

Moses grows up in Pharaoh's palace, but when he comes of age, he "goes out to see his brothers," the enslaved Hebrews, and is very troubled by what he finds. The Torah recounts two pivotal stories, seemingly turning points in Moses' life, both about justice: one where he finds an Egyptian taskmaster striking a Hebrew slave, and one where he finds two slaves fighting.

In the end, Moses is forced to flee, leaving Egypt behind and making a home for himself in Midian, where he finds a wife – one of the seven daughters of Jethro/Yitro – and settles down to shepherd sheep. Until one day when, while shepherding, he comes across a most unusual sight: a bush which burns but is not consumed. He turns to look at this marvel and finds himself in a conversation with none other than the Creator of the Universe. (See here for an analysis of a fascinating part of that conversation between God and Moses: a discussion of God's names.)

God introduces Himself to Moses, and reveals something shocking: that He is prepared to liberate the Hebrews from slavery, and that Moses will help him to do it. After no small amount of protest, Moses accedes and returns to Egypt to try to implement God's plan. He teams up with his brother Aaron, conveys God's message to the Hebrew elders, and even makes his first attempt at persuading Pharaoh to let the slaves go. The attempt is unsuccessful – but that's to be expected. God had said that He would harden Pharaoh's heart. The continuation of that drama will take us to Parshat Va'era.

Interested in learning more about the upcoming parshiot? Check out Aleph Beta’s parsha pages on Vaera, Parshat Bo, and Beshalach!