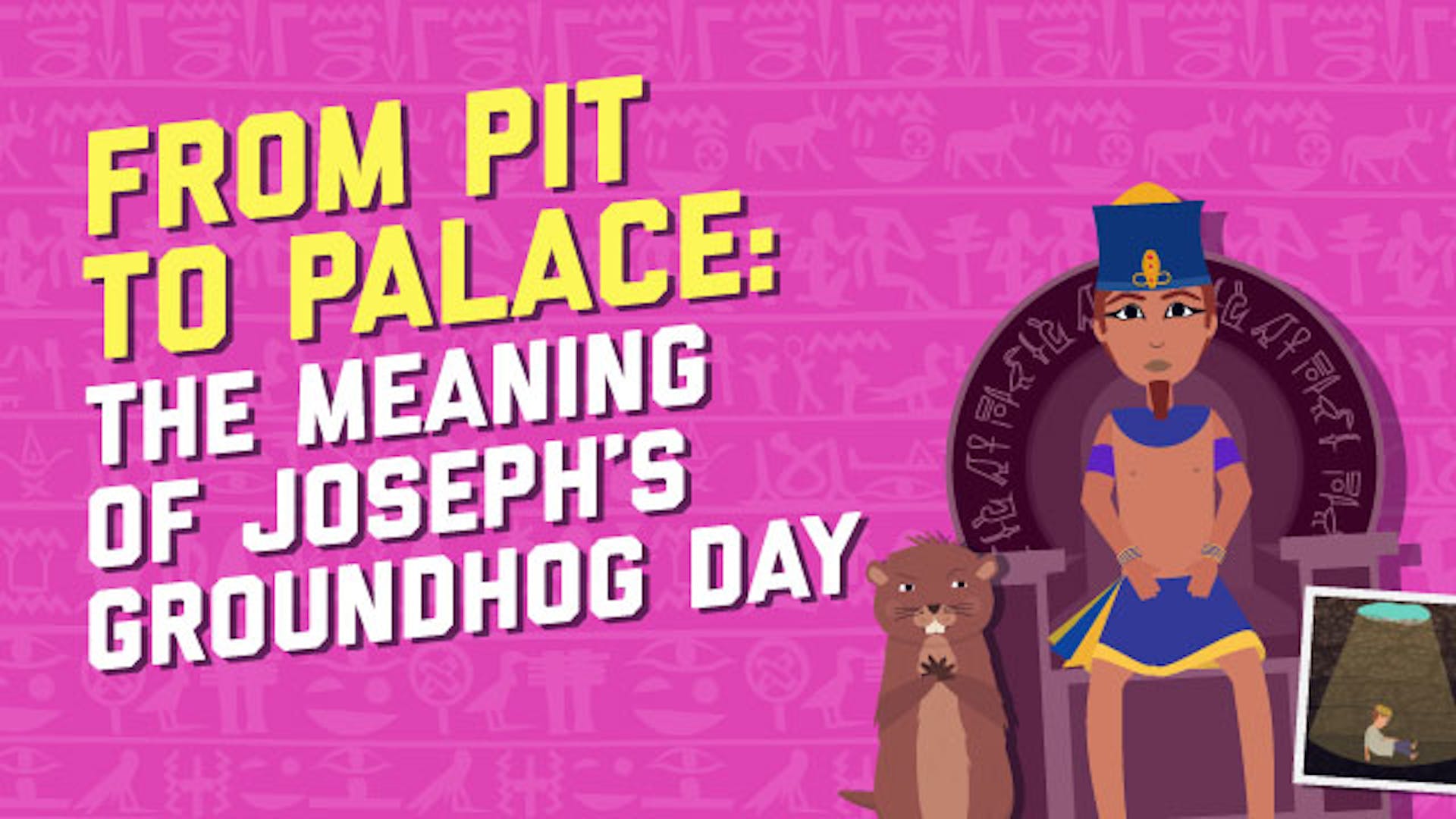 The Untold Story Of Joseph's Redemption

Once Joseph is released from prison, he quickly becomes Pharaoh's second-in-command – and one of the most powerful men in the world. The story makes you wonder if this was some great coincidence? Or did Joseph do something to earn this great station? Rabbi Fohrman finds echoes of Joseph’s first misfortune in all his later trials, and uncovers an evolution in Joseph’s character that may explain his unfathomable rise to power.
Watch Video

Two years after the conclusion of Parshat Vayeishev — while Joseph is still languishing in a jail cell in Egypt — Pharaoh has these dreams. He dreams about seven fat cows and seven skinny cows that emerge from the Nile, and the skinny cows devour the fat cows. And then another dream: this time, about seven healthy ears of corn and seven thin ones, and the thin ears swallowed the healthy ones. Pharaoh wakes and wants someone to tell him what the dreams mean — but his astrologers aren’t able to offer a satisfactory explanation. His chief butler, however, has an idea (to paraphrase): “I know a guy who might be able to help,” he tells Pharaoh. “I met him when I was in jail; he’s this Hebrew fellow. He’s really good at interpreting dreams.”

So Pharaoh rescues Joseph (the aforementioned Hebrew fellow) from jail and asks him to interpret his dream — and so Joseph does (to paraphrase): “The seven fat cows/ears represent seven good years, years in which there is more than enough food to feed everyone in Egypt. And the seven skinny cows/ears — they are years of famine. As for the devouring: the years of famine will be so hard that no one will remember that there were once years of plenty.” Joseph gives Pharaoh a series of recommendations, urging him to squirrel away food during the years of plenty — a recommendation that will have the effect of catapulting Egypt onto the world stage as the sole provider of nourishment for all of those seven years of famine. Pharaoh is immediately taken with Joseph and appoints him as the second-in-command of all of Egypt. Pharaoh gives Joseph a wife and a new name. And Joseph follows through on his task, aptly managing the surplus of food to prepare for the distant famine, all the while enjoying the birth of two sons: Ephraim and Menasseh/Menashe.

When the famine ultimately arrives, as Joseph predicted it would, the entire region is affected. Because only Egypt had the foresight to prepare for the famine, the peoples from the surrounding lands went to Egypt to secure food... including Joseph’s brothers.

As the brothers enter his court, coming before Joseph to plead for food, Joseph recognizes his long-estranged brothers — but they do not recognize him. He speaks harshly with them, accuses them of being spies, and ultimately issues an ultimatum (to paraphrase): “I will hold one of your brothers (Simon/Shimon) as a captive. Don’t come back here again unless your youngest brother Benjamin is with you.”

Distraught, the brothers return to Canaan and explain the situation to their father, Jacob, uncertain of what they should do. Jacob is understandably reluctant to allow Benjamin to go to Egypt; after all, as far as Jacob knows, Benjamin is the only living child of his favored wife, Rachel. (Joseph was the first child of Rachel, but Jacob assumes him to be dead.) But the brothers impress upon him the harshness of the Egyptian governor’s ultimatum and they (specifically Judah, aka Yehuda) promise to take responsibility for Benjamin.

The brothers return to Egypt, this time with Benjamin, and they request a second audience with the Egyptian governor who, still unbeknownst to them, is really their brother Joseph. Joseph requests that they join him at a meal, after which he instructs his steward to fill the brothers’ sacks with food — and covertly to place his silver goblet in Benjamin’s sack. The next morning, shortly after the brothers have begun their return to Canaan, Joseph’s servants overtake them and accuse them of stealing their master’s goblet. Of course, the brothers had no part in any act of thievery — so Judah/Yehuda invites them to search their belongings, making a promise that he will live to regret: “With whomever the goblet is found, let him die — and we will all submit as slaves to the governor.”

Sure enough — and much to the brothers’ astonishment — the goblet is found among Benjamin’s belongings. They are returned to Egypt and brought before the Egyptian governor. The governor seems willing to let the eleven brothers go, but insists on keeping Benjamin as a slave. At the close of the parsha, Benjamin’s fate is painfully uncertain.