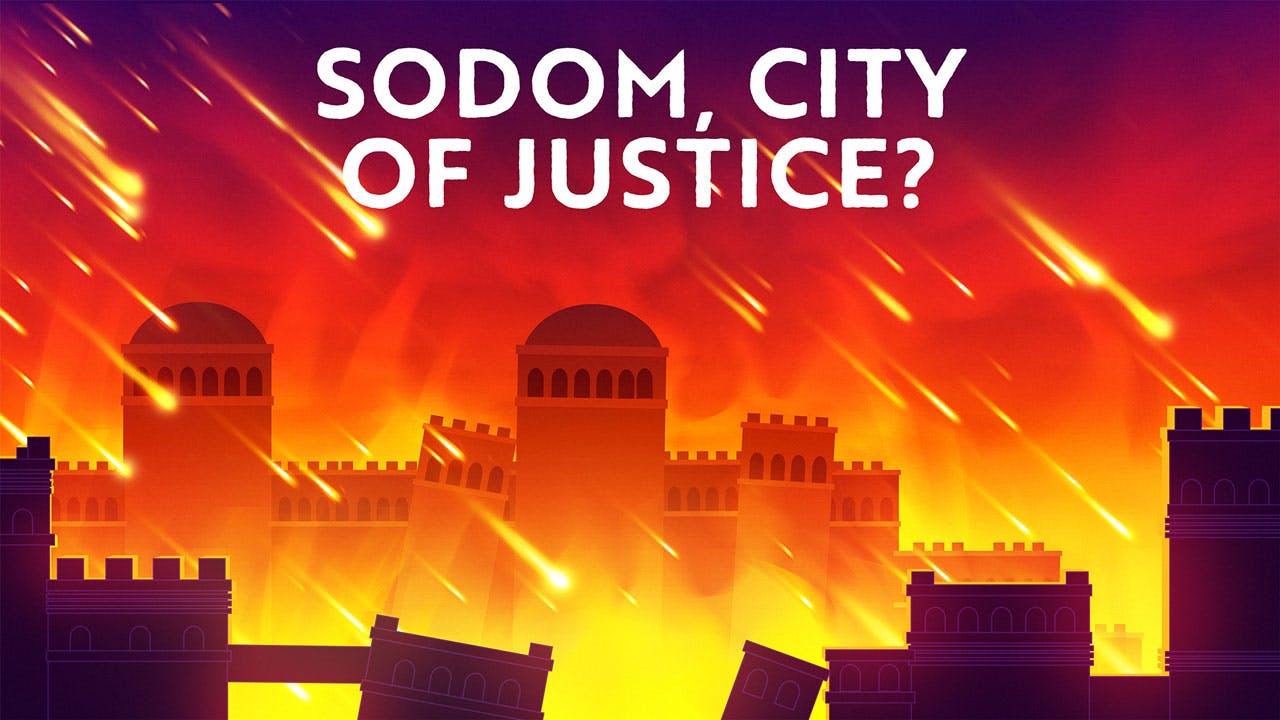 What Was The Real Sin Of Sodom And Gomorrah?

All the great philosophers have offered their opinions about how to create the ideal society. What does the Torah say? Find out in this video, where Rabbi Fohrman reveals what the real sin of Sodom teaches us.
Watch Video

Parshat Vayera opens with Abraham serenely sitting at the opening of his tent, chatting with God — when lo and behold, three visitors approach him. Abraham drops everything to set them up with tasty food and drink, after which they reveal the miraculous news that God will be blessing Abraham and Sarah with a child in the coming year. (When Sarah overhears, she laughs — but then denies it, when confronted). After the men take their leave, God informs Abraham of His plan to destroy the nearby city of Sodom, because its people are wicked. Abraham argues on the people’s behalf, and God seems to engage with Abraham in a sort of negotiation — but the reader is left to wonder whether Abraham was successful or whether the city will still be destroyed.

Two of the visitors who had come to Abraham then head for Sodom, and are welcomed in by Lot, Abraham’s nephew. (Remember him?) The people of the town come to do them harm, and Lot scandalously offers up his daughters, hoping to protect his visiting guests. In the end, the visitors manage to escape, along with Lot’s family, before God completely and utterly destroys the rest of the city — though Lot’s wife meets her end when she turns around, mid-escape, to behold the damage. Lot and his daughters seek shelter in a cave, and, believing that all the world has been destroyed, they take upon themselves the responsibility to repopulate the human race. They ply their father with alcohol and seduce him, both managing to conceive children from the encounter. The older daughter bears a son named Moab, and he becomes the father of the Moabite nation. The younger daughter bears a son named Ben-Ami, and he becomes the father of the Ammonite nation.

Abraham and Sarah settle in Gerar, where he tells people that Sarah is his sister, not his wife. Abimelech, the king of Gerar, takes Sarah for his own — and God comes to him in a dream and threatens to kill him. Abimelech is angry with Abraham, who explains himself by saying, “Well, I worried that you’d kill me in order to take her. Also, we are technically related…” Abimelech and Abraham make a pact, and all is well again.

God remembers Sarah, as promised, and she gives birth to a son, whom Abraham names Isaac (Yitzchak). Isaac grows to be a young boy, and Sarah witnesses a displeasing interaction between him and Ishmael, the son of Hagar. She pushes Abraham to exile Hagar and Ishmael. Initially Abraham resists, but God tells him to listen to his wife. Hagar and Ishmael wander in the wilderness of Be’er Sheba without water. Fearing Ishmael’s death, Hagar leaves him under a bush and wanders away, unable to watch his demise. An angel appears and saves her, pointing her to a well of water. The angel promises that Ishmael will live and will become a great nation. After that, Abraham and Abimelech make another pact over wells. (Wells, another recurring theme in Genesis!)

Finally, in perhaps the Bible’s most troubling story, God commands Abraham to take Isaac and bring him as a sacrifice. Three days later, upon a mountaintop, Abraham binds Isaac and is about to slaughter him, when an angel of God calls to Abraham, stays his hand, and tells him: “Good news: you passed the test!” In Isaac’s stead, Abraham sacrifices a ram, and God gives Abraham a blessing. Lastly, we’re given a brief list of people who were born in Abraham’s family, including Rebecca, his great-niece, and (spoiler!) Isaac’s future wife.