Rebecca has twins! Jacob buys Esau’s birthright. Isaac fights over wells in Gerar. Jacob steals Esau’s blessing, and runs away to his uncle. 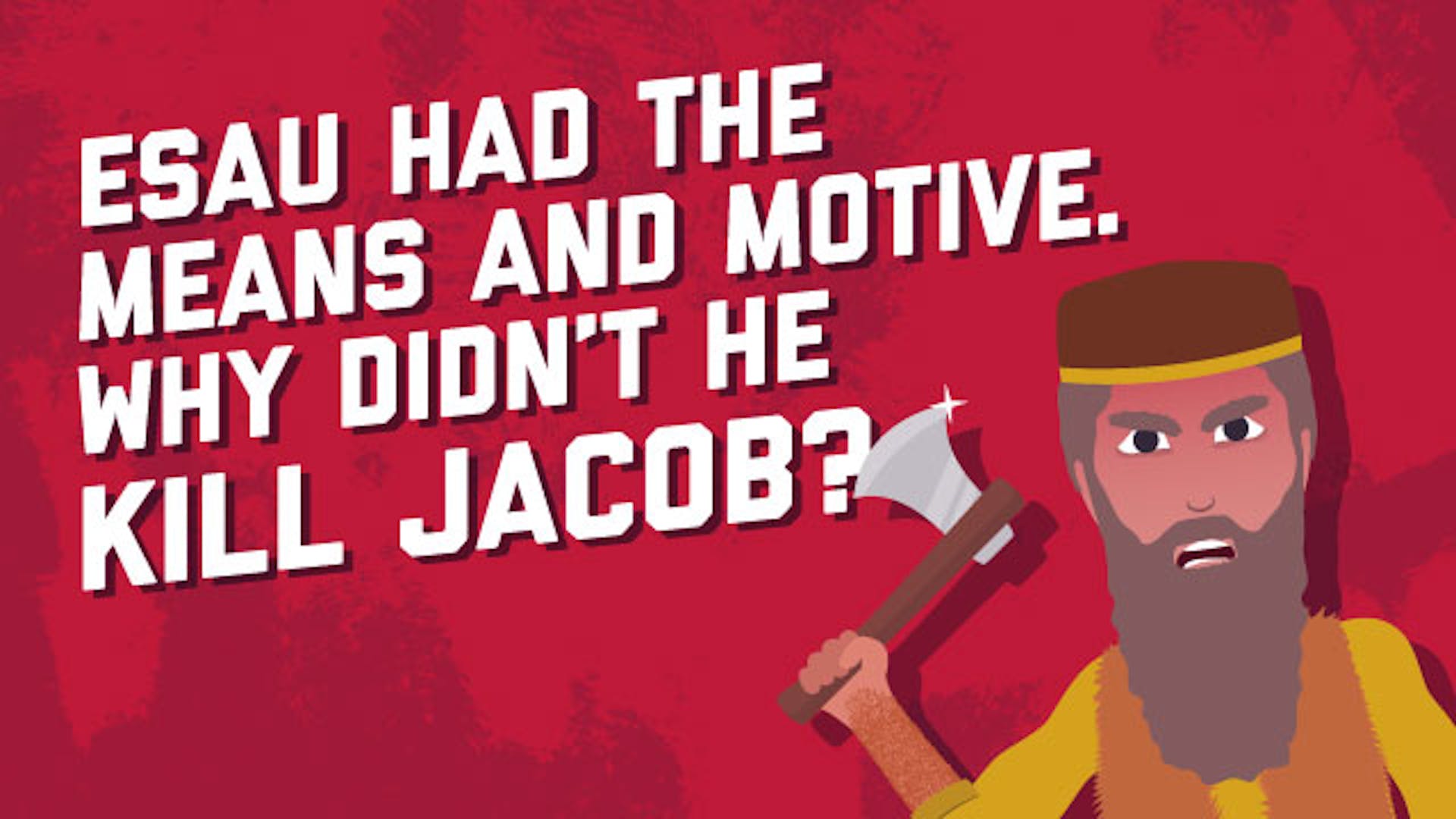 The Missing Chapter In Esau And Jacob's Story In The Bible

Jacob takes Esau’s blessing. Esau threatens to kill him. Jacob goes into hiding for twenty years. That’s the story we all know. But is it the full story? Far from it. Watch this video for a deeper look.
Watch Video

Printable Guide
Toldot: The Binding of Isaac... Where You Least Expect It

PREMIUM
Printable Guide
Toldot: The Child Of Isaac Is… Abraham??

Parshat Toldot begins with Isaac praying for his wife Rebecca, because she is barren. Isaac’s prayers are answered, and Rebecca conceives. She learns prophetically that she is carrying twins and that her children will become nations, but one will be stronger than the other, and “the elder will serve the younger.” When she delivers, the first baby to emerge is covered in red hair, and is named Esau. The second emerges clinging to the heel (eikev) of Esau, and he is named Jacob. Mazal tov!

The boys grow up, and their lives follow different paths: Esau becomes a hunter, and Jacob becomes a “tent dweller.” And their relationships with their parents differed as well: the Torah says that Isaac loved Esau, while Rebecca loved Jacob.

One day, Esau returns from hunting, and is particularly exhausted. He finds Jacob making a stew, and asks that Jacob give it to him. Jacob offers it to him in exchange for Esau’s birthright as a firstborn, and Esau agrees.

The narrative then takes a turn. A famine strikes the land, and Isaac moves his family to the land of Gerar, which was ruled by the Philistine king Avimelech. God gives Isaac strict instructions to stay there, and not to move on to the land of Egypt. Isaac settles in Gerar, and when the locals ask about Rebecca, Isaac tells them that he is his sister. (Of course, we see shades of Isaac’s parents here; Abraham had done the same thing with Sarah.) Avimelech discovers that Rebecca is, in fact, Isaac’s wife, and criticizes Isaac for deceiving the people.

Isaac prospers greatly while in Gerar, and the Philistines become jealous, causing Avimelech to ask Isaac to leave. Isaac moves away, digging several wells in a nearby area, but the Philistine shepherds claim ownership of the wells, and he is forced to move several more times. Finally, Isaac settles in Be’er Sheva, and he and Avimelech make a treaty.

After Isaac’s adventures in Gerar, the Torah veers once again - into the next generation of the Abrahamic family. We learn that Esau marries two Hittite women, and that his parents are not happy about it. Then, finally, we arrive at the climax of the parsha: Isaac’s blessing. An elderly Isaac summons Esau, and asks that he go hunting and prepare a delicious meal for him, so that Isaac can bestow a blessing upon him before Isaac dies. Rebecca overhears this conversation, and concocts a plan: she will prepare the meal using one of their livestock, and Jacob will bring it to Isaac and receive the blessing instead. She dresses Jacob in Esau’s clothes and puts goat wool on his skin; Isaac, whose eyesight is failing, is unable to detect the deception, and Jacob successfully deceives his father and receives the blessing.

Shortly after, Esau returns with his meal, only to discover that his brother has stolen his blessing. He vows to kill Jacob. Rebecca learns about this, and makes a new plan with Jacob: Jacob will flee to her family’s home in Haran until Esau calms down. Rebecca convinces Isaac to send Jacob away by suggesting he look for a wife in Haran; Isaac agrees, and sends Jacob on his way.