Mishloach Manot: The Meaning & Requirements Behind These Gift Baskets

Purim day is filled with the excitement of giving and receiving Mishloach Manot, small gift of delicious food. Mishloach Manot come in all shapes and sizes, but, bagged, boxed or in baskets, these special Purim gifts add immensely to the joy and warmth of the holiday.

Why do we give Mishloach Manot on Purim? And what goes into a perfect Purim basket? Scroll down to find out.

Why Do We Give Mishloach Manot on Purim?

What Is Mishloach Manot?

The holiday of Purim is marked by a number of unique rituals and traditions. We dress up in costumes, share a festive meal, and listen to the Megillah in the synagogue. All of these practices help us commemorate how the Jewish people were miraculously saved from near-total annihilation. We dive into the nail-biting story of Purim here.

But Purim isn’t just about appreciating the kindness from God that we received, it’s also a day for celebrating how much kindness we can give to others. In fact, on Purim we are obligated to give two forms of gifts. The first is Matanot L’evyonim, gifts to the poor. The second is Mishloach Manot, which is Hebrew for “sending of portions.”

Mishloach Manot, or Shalach Manos as they are also called, are gifts of food given to family, friends and community members.

Why Do We Give Mishloach Manot?

The practice of giving Mishloach Manot can be traced back to the Book of Esther and to the origin of Purim itself.

We celebrate Purim to commemorate how Esther and Mordechai saved the Jews from Haman’s evil decree of genocide. We tend to think of the climax of the Purim story as the moment when Queen Esther reveals to King Achashverosh that she is herself a Jew, a member of the very people whom Haman is persecuting. The King swiftly turns against Haman and orders his execution.

But the Jews actually aren’t safe yet. The royal edict calling for the Jews’ destruction is still standing, and even the King himself cannot withdraw a royal edict once it is passed.

Esther and Mordechai must confront the King a second time, and this time they convince him to allow the Jews to fight back. Curious why the King had to be asked twice to save the Jews? Click here to learn more.

The Jews do indeed fight back and triumph over their enemies. The battle is followed by a celebration, “a day of feasting, rejoicing and sending portions of food one to another” (Megillah Esther, 9:19). This is a description of the very first Purim.

Notice how the practice of sending gifts of food to others is already a key ingredient. A few passages later, we are told that Mordechai declares Purim an official annual holiday and commands the giving of Mishloach Manot on that day.

Now we know the source for sending Mishloach Manot on Purim, but what’s the significance behind this practice? Why did the Jews celebrate their military victory in this way, and why is it so important to continue this practice today?

What is the significance of gift baskets? Our Sages offer two explanations behind the mitzvah of giving Mishloach Manot.

The first reason for Mishloach Manot ties into the commandment to have a festive meal on Purim. The gifts of food we give each other are meant to contribute to, and be enjoyed at, this festive meal.

Some add that our real motivation is helping those who can’t afford a festive meal still be able to partake of one. As we don’t want to embarrass these people by singling them out, we give Shalach Manos to rich and poor alike.

The second reason our Sages provide is that giving each other gifts enhances unity and friendship amongst the Jewish people.

Unlike the majority of Jewish holidays, the story of Purim occurred while the Jews were in exile. Haman’s attack on the Jewish people actually stems from this fact. He describes the Jews to King Achashverosh as a people “scattered and divided amongst the nations” (3:8), and argues that the King should be wary of such a population, especially one attempting to maintain their heritage while under foreign rule. Take an in-depth look into Esther's story and Haman's accusations against the Jewish people.

At the end of the Purim story, the Jews remain in exile but no one could call them “scattered and divided.” Quite the contrary; the Jewish military victory at the end of the Megillah showcases how united the Jews were even in diaspora, and what that united front could accomplish.

Indeed, our ability to come together as a people and champion our shared values is what has allowed the Jewish nation to survive in exile all these years.

The act of giving Mishloach Manot on Purim may be understood as our way of directly countering Haman’s description of the Jewish people as scattered and divided. The Shalach Manos gifts we give each other serve to acknowledge and strengthen the integral bonds of friendship and solidarity upon which our survival as a nation depended – and still depends.

As Purim nears, kosher markets and grocery stores fill with ready-made gift baskets chock-full of chocolates, pastries, hamentashen, wine and other treats – which is why Mishloach Manot are often referred to as Purim gift baskets or boxes in English.

Many families, however, prefer to make DIY Shalach Manos. While some keep their ideas simple, others develop elaborate themes to tie their Purim gift food items together. However packaged, all Mishloach Manot must follow a few key guidelines in order to fulfill the obligations.

What to Put in Mishloach Manot

While Purim baskets are often overflowing with goodies, the mitzvah of Mishloach Manot is fulfilled by giving just two food or drink items to one person.

There is no set minimum portion size for the food included in Mishloach Manot. The food should be of a normal quantity given the cultural standards and economic abilities of the giver and receiver. Wealthier individuals are encouraged to enhance the mitzvah by including more than the minimum two foods in their Purim baskets, but poorer individuals do not need to go above and beyond in this way.

Our Sages also specify that one should give more lavish Mishloach Manot to wealthier friends, as it is important for a Purim gift to be a true gift in the eye of the receiver.

The laws of Mishloach Manot require you to give two different types of foods, not just two of the same item. Two cookies, for example, wouldn’t count as a kosher Purim gift, but a cookie and a brownie would make a delicious Shalach Manos gift. This is true despite the fact that both the cookie and the brownie require the same blessing of “mezonot.”

That said, there is a prevalent custom to include a minimum of two food items that are also from two different categories of blessings. For example, a common Mishloach Manot pair is wine and hamentashen, which would require the blessings of “hagafen” and “mezonot” respectively.

The mitzvah requirements of Mishloach Manot is also specifically to give ready-to-eat foods. A packet of flour and a carton of eggs would not be an appropriate Purim gift. Otherwise, essentially anything kosher and edible is acceptable to include in a Purim basket. Granted, most Mishloach Manot are made up of desserts and sweets, but a salad box and bag of fruit fulfill the mitzvah just as well.

When Do You Give Mishloach Manot?

It’s also best to wait to give Purim gifts until after the second reading of the Megillah on Purim morning. The reason for this is so Mishloach Manot will be given after hearing the “shehecheyanu” blessing that is recited. This blessing is meant to include not only the Megillah reading itself, but all of the daytime obligations of Purim, and one should have Mishloach Manot in mind when hearing it.

It’s also very important that Mishloach Manot are received on Purim itself. The commandment cannot be deferred or fulfilled early. Even leaving a Purim gift basket on a friend’s front porch could be problematic if your friend will not be home before sunset on Purim day to collect the gift themself.

Rabbinic authorities disagree regarding whether Mishloach Manot must also be sent on Purim itself. For example, if you drop a box of Shalach Manos in the mail three days early knowing that it will definitely arrive at its destination on Purim day, does this still count as a kosher Purim gift? Some rabbis say yes but others say no.

Who Is Obligated to Send Shalach Manot?

Both men and women are equally obligated to send Mishloach Manot, and even young children are encouraged as well.

As the commandment of Mishloach Manot is specifically to send gifts to each other, not just to give them, many hold that it is preferable to deliver Shalach Manos through a messenger.

As Mishloach Manot are not charitable gifts but gifts of friendship, the recipient may be anybody who the giver wishes. Family members are allowed to give to each other, and giving to a wealthy person who does not need the food fulfills the obligation as much as giving to someone poor.

The Meaning Of Shalach Manot

Mishloach Manot should not be given anonymously. It’s important to know who you have to thank for the thoughtful Purim gifts you receive.

Long after all the tasty foods are eaten and gone, it is the friendship and goodwill built through the giving and receiving of Mishloach Manot that will live on.

Make Purim meaningful this year; our collection of free videos goes behind the scenes of Purim to uncover why this holiday is perhaps one of the most relevant today.

We need your help! Subscribe or make a donation to support Aleph Beta's mission to create life-changing Torah videos, or give the gift of Torah education this Purim. 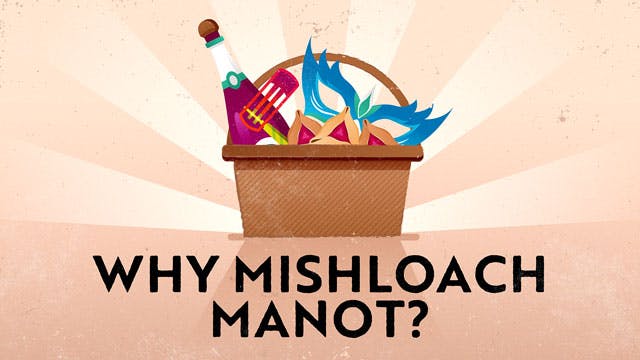 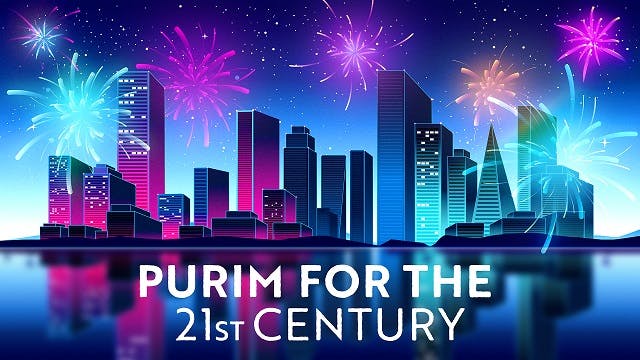 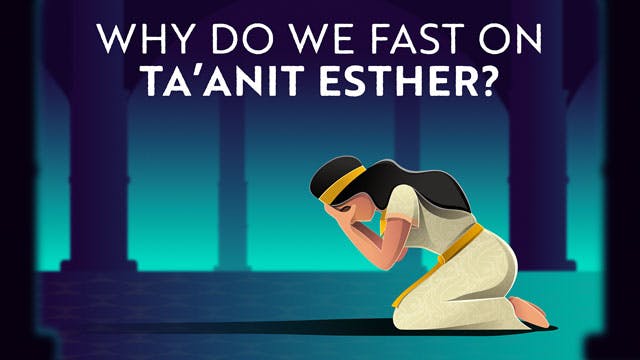 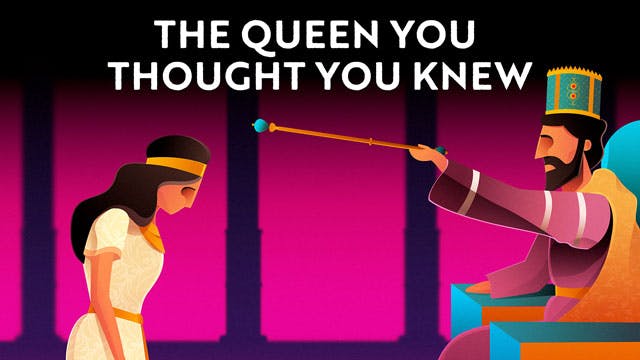 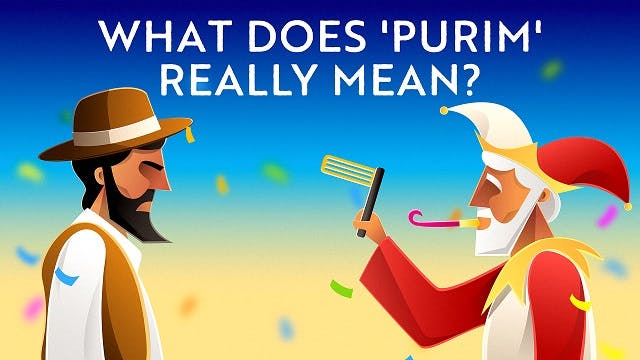 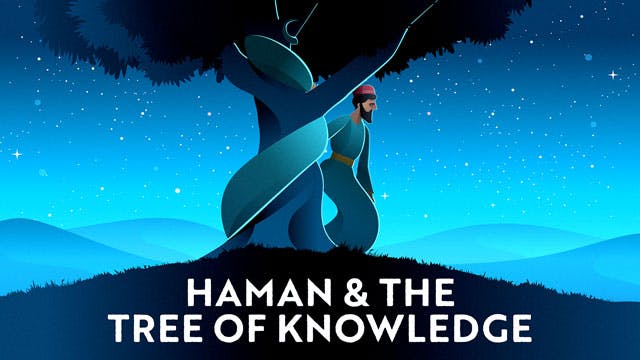