What Is Tzom Gedaliah? 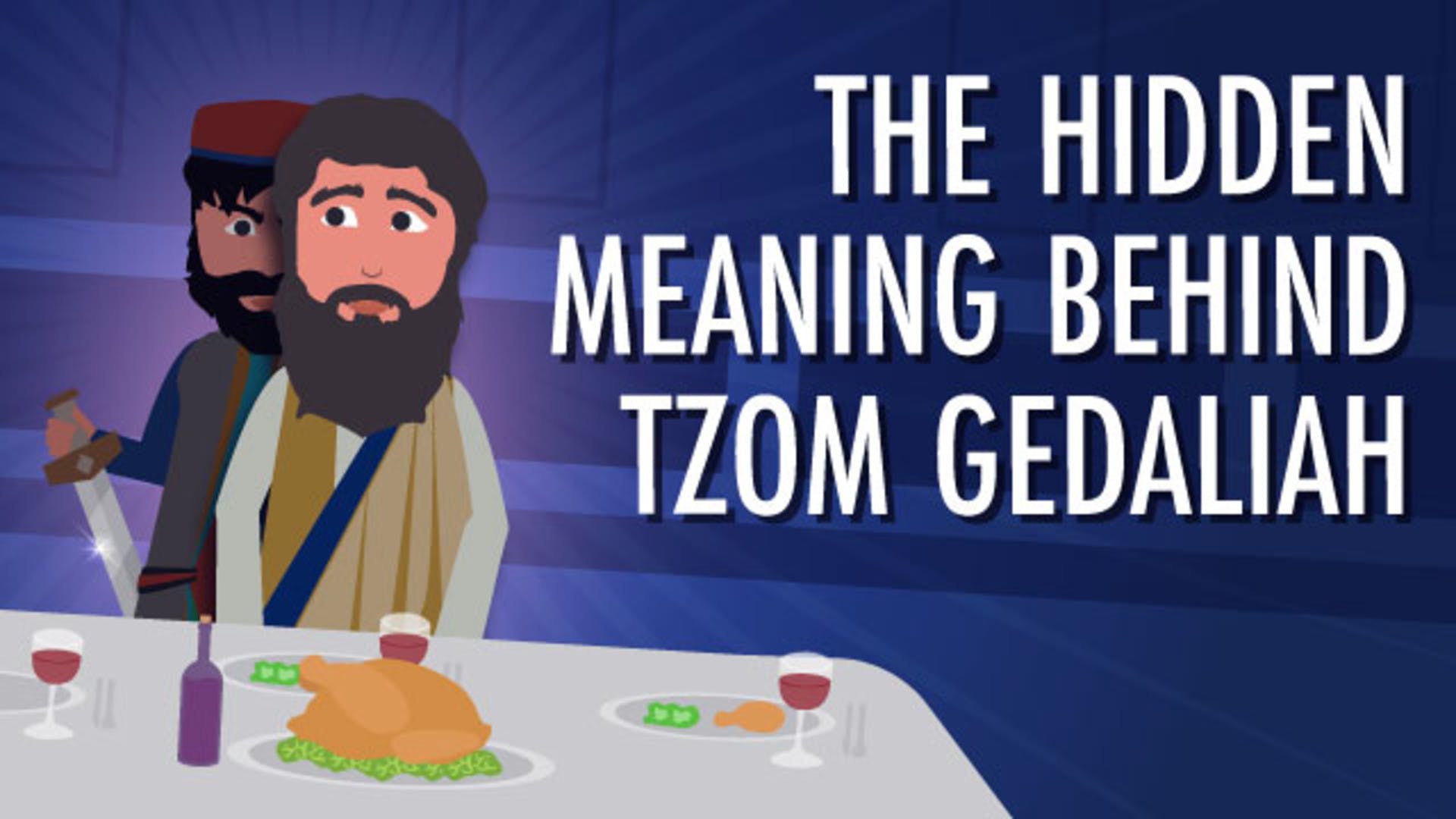 The History Of The Fast Of Gedaliah

Why does Gedaliah, a

Who Was Gedaliah: Gedaliah Ben Achikam

The Fast of Gedaliah, or Tzom Gedaliah in Hebrew, is one of four fast days instituted by the Rabbis to commemorate the destruction of the Temple (Beit HaMikdash) and subsequent exile from Israel. It is held on the day after Rosh Hashanah, the third of Tishrei, and lasts from dawn to nightfall. The story of Gedaliah’s murder is briefly recounted at the end of Kings 2, 25:22-26. A more detailed telling of the event can be found in Jeremiah, 41.

Tzom Gedaliah is named after Gedaliah Ben Achikam. After Nebuchadnezzar, the king of Babylon, destroyed the first Temple in Jerusalem, he sent the Jews into exile. However, a small number of Jews were allowed to stay in the land under the rulership of a Babylonian-appointed Jewish governor, Gedaliah.

Gedaliah was a fair leader and under his watch the Jews were able to live in peace. In fact, many Jews returned from exile and the land prospered. While this could not make up for the loss of the Temple, it marked a positive change from the extreme hardships and oppression of their recent past.

Unfortunately, this respite did not last long. For political reasons, the king of Ammon convinced a fellow Jew, Yishmael Ben Netaniah, to assassinate Gedaliah.

Yishmael not only killed Gedaliah, but slaughtered many Jews and Babylonians who were with Gedaliah as well. The remaining Jews feared Nebuchadnezzar’s retaliation, and fled to Egypt, marking the completion of the exile.

Despite having a fast day named in his memory, not much is known about Gedaliah Ben Achikam. One thing we are told is that Gedaliah was actually warned about the plot against his life, but dismissed the allegations as slander. Instead, he readily welcomed Yishmael Ben Netaniah into his home as his Rosh Hashanah guest, an act of kindness which ultimately cost him his life.

Though Gedaliah’s trust was mistaken in this case, it tells us much about his character. He was so careful not to misjudge another Jew or become suspicious of another’s motives, that he willingly faced a potentially dangerous situation rather than insult a guest. Gedaliah can also be seen as exemplifying national loyalty. If all Jews shared his approach, we would not be observing Tzom Gedaliah today.

Why Do We Fast On Tzom Gedaliah?

The Gemara in Rosh Hashanah speaks to the deeper meaning of the Fast of Gedaliah. We are told:

"The Sages established a fast to commemorate Gedaliah’s death to teach that the death of a righteous person is equal to the burning of the Temple of our Lord."

The other three fasts instituted to commemorate the Temple mark the siege of Jerusalem, the breaching of the city’s walls and the burning of the Temple itself. Comparatively, the Fast of Gedaliah is far more narrow in scope.

Even though Gedaliah’s murder did have dire consequences for the Jewish people as a whole, the Rabbis ensured that our attention would stay on this single loss of life by naming the fast day after Gedaliah himself.

The Talmud is explaining that this was a deliberate act and lesson in perspective. The Temple was a large and grand structure that must have inspired awe in anyone who saw it. It is easy to feel the loss of something so imposing and powerful. It is often much more difficult to truly appreciate the contributions of a single person, no matter how righteous they are. But, the Sages are telling us, we must think of a righteous person as the embodiment of the Temple, and value them as such.

Reference to the Fast of Gedaliah itself can be found in Zechariah 8:19. Here it is called “the fast of the seventh month,” as Tishrei is the seventh month of the Jewish calendar. The verse in Zechariah actually references four fasts (Asarah b’Teves, Shiva Asar B’Tammuz, Tisha B’Av, and Tzom Gedaliah) that were instituted to commemorate the destruction of the Temple, all of which, Zechariah tells us, will in the future become days of “joy and gladness.”

How long is the Fast of Gedaliah?

The Fast of Gedaliah is observed according to the laws of all minor fast days. Fasting begins at dawn and continues to nightfall. If the fast falls on Saturday, it is moved to Sunday, as it is not permitted to fast on the Sabbath other than for Yom Kippur.

Jewish law does not require one to fast if this will pose a threat to their life or health. Someone who is ill, pregnant, on medication or otherwise at risk from fasting should consult with their Rabbi or halachic authority regarding whether they are obligated to observe Tzom Gedaliah in part or in full.

There is no special Fast of Gedaliah liturgy, but the same additions to the prayers are made as on other minor fast days. “Anenu” is added into the repetition of the morning Amidah, and there is a special Torah reading from Exodus 32:14; 34:1-10.

The upcoming dates for the Fast of Gedaliah are:

Learn more about the upcoming High Holidays with Aleph Beta including Elul, Understanding Selichot and How To Prepare For Rosh Hashanah.