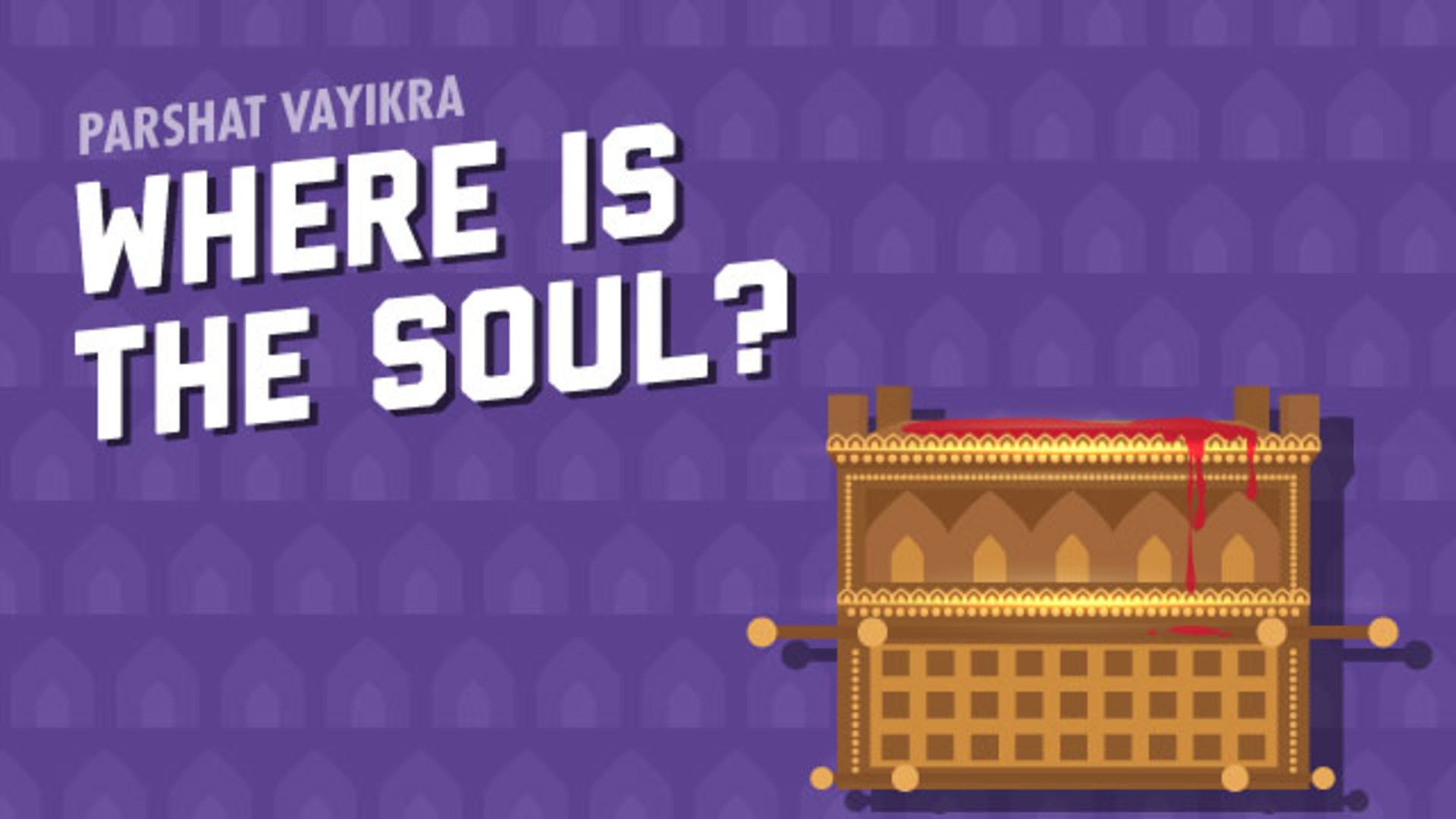 The Link Between Souls And Animal Sacrifice In The Bible

What is the soul? Where can it be found? Join Ami as he looks for answers in the most unexpected of places – the sacrifices in the Mishkan. Believe it or not, this parsha holds a key to understanding the nature of the soul that is relevant for us even today.
Watch Video

PREMIUM
Printable Guide
Vayikra - How Can We Relate To Sacrifices Today?

"And He called to Moses, and the Lord spoke to him from the Tent of Meeting, saying, Speak to the children of Israel, and say to them: When a man from [among] you brings a sacrifice to the Lord; from animals, from cattle or from the flock you shall bring your sacrifice." (Leviticus 1:1–2)

The parsha goes on to describe the most painstaking details associated with the different types of sacrifices that can be offered up to God, how one differs from the next, the measurements, what they should be accompanied by, and so on — and later in this summary, we will briefly review those laws. But for now, we want to acknowledge that this part of the Torah can be pretty hard to relate to! And this problem is amplified by the fact that we live in a post-Temple era, which means that giving sacrifices is not a part of our lived experience. We read about them, we're supposed to yearn for their return, but we've never done this ourselves, nor known anyone who has. And forgive us for saying that the descriptions of sacrifices don't sound particularly inspiring or spiritual. Blood poured here, fat laid on the altar there... that's not exactly the stuff of which 21st-century religion is made. So where do we begin? How do we read the Book of Leviticus, understand it, and connect to it?

And before we offer any answers about the Book of Leviticus, forgive us, but... we're going to point out another problem, which is this: We tend to assume that after the people receive the Torah at Mount Sinai, the Torah basically describes their forty years of wandering in the desert. After all, 40 years is a long time; the people covered a lot of ground, so there must be a lot of stories to tell, right? But that's not at all what the Torah actually looks like. When the Book of Exodus ends, we're told that the Mishkan (Tabernacle) is complete, that the camp is ready to travel, that God's presence will guide them from the front, and everything seems to be set for them to begin their journey to the Promised Land... and we're expecting that the very next thing that's going to happen is that they actually do begin their travels... but do you know when the camp actually takes its first step away from Mount Sinai? A whopping 36 chapters later. What is happening for all of those chapters? What account could possibly take up so much room in the Torah, and what does it teach us? Why doesn't the Book of Leviticus begin with, "And the people began their travels?"

So those are the questions. As for answers, well — you came to the right place. For your first stop, we recommend "How To Read The Book of Vayikra." In that video, Imu and David present a framework for how to make your way through this challenging book. They relate to this very question about why the Book of Leviticus does not begin with traveling, and they briefly review each parsha in the entire book and make an argument for what the book as a whole is trying to teach us. Be forewarned, though — after you watch this video, you're probably going to want to watch the rest of their "Parsha Experiment" videos for the Book of Leviticus, so you can see the whole story laid out before you.

Done with that? Looking for an even more epic overview, something to comprehensivelyexplain the link between the Book of Exodus and the Book of Leviticus? The prior video is a great start, but if you're ready to commit to some serious learning, then you'll want to check out Rabbi Fohrman's 12-part audio series, "Shattered Tablets and a Calf of God."

For your next stop, once you have a framework in your pocket for how the role that the Book of Leviticus is playing in the wider Torah, then you're ready to focus in on a specific topic — and we invite you to tackle the question of sacrifices. Or... maybe you only have 10 minutes to set aside for learning right now. Either way, you're going to want to check out "How Can We Relate To Sacrifices Today?" In that video, Rabbi Fohrman asks the questions: How can we relate to animal offerings today? Why are there all of these different kinds of sacrifices, and what are they supposed to mean? He explains his theory and shows us how we can use the idea of sacrifices to enhance and deepen our relationship with God, even if we're not bringing physical sacrifices ourselves. That's a pretty good start, if you ask us!

And if you're still looking for a parsha summary for Vayikra, here it is below, in brief: