When Is Lag Baomer?
Lag BaOmer is celebrated this year on the evening of May 18th to May 19th, 2022. 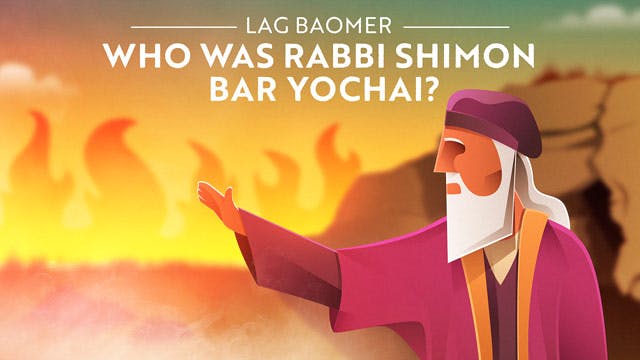 On Lag BaOmer we com

What Is Lag B'Omer

Lag BaOmer – or Lag B'Omer (Hebrew: ל״ג בעומר) – is a festive holiday held on the 33rd day of the Sefira count, which falls on the evening of May 22 in 2019. This corresponds with the 18th day of the month of Iyar in the Jewish calendar, and generally falls sometime between April and May. The preceding period of mourning transitions into celebrations, including: bonfires, weddings, first haircuts, shooting bows and arrows, and other festive events, such as visiting the resting place of Rabbi Shimon bar Yochai. This video on Lag BaOmer explains the story.

The Sefira count begins on the second night of Passover. Jews outside of Israel integrate counting the first night of the Omer into the second seder. There are forty-nine days between the second night of Passover and the holiday of Shavuot. The Torah commands us to count these days, and this period of time is called Sefirat HaOmer (Sefira or the Omer for short), which in Hebrew means “counting the Omer.” Lag BaOmer literally translates to “the 33rd day of the Omer.”

Why Do We Celebrate Lag Baomer?

The Biblical source for counting the Omer period is Leviticus 23: 15–16.

"You shall count from the eve of the second day of Pesach, when an omer of grain is to be brought as an offering, seven complete weeks. The day after the seventh week of your counting will make fifty days, and you shall present a new meal offering to God."

The word Omer literally means sheaf, and, as you can see from the verse, refers to the offering of grain brought on the second day of Passover.

Agriculturally, the Omer period tracks the harvest from the beginning of the early barley harvest to the end of the later wheat harvest. Likewise, it also significantly tracks the blossoming of the Jewish people from the exodus from Egypt to the giving of the Torah on Har Sinai.

Since Lag BaOmer is a minor Jewish holiday, work and day-to-day activity is still permissible. That said, Jewish communities around the world celebrate Lag BaOmer with many distinct and special traditions. Chief among these is the lighting of bonfires, which makes Lag BaOmer an especially exciting and beloved holiday for most Jewish children.

Lag BaOmer, or Lag B'Omer, is the term for this holiday traditionally used by Ashkenazi Jews. Sephardi Jews refer to it as Lag L’Omer, or Lag LaOmer.

There is a slight difference in these two names. Lag BaOmer translates literally to the 33rd day in the Omer, while Lag LaOmer means the 33rd day of the Omer. Technically, Lag L’Omer is the more grammatically correct option.

While counting the Omer has its roots in the Torah, the origin of Lag BaOmer is less clear. In fact, Lag BaOmer is not mentioned in Rabbinic literature until the 13th century, although the tradition itself is obviously much older.

The first reference to Lag BaOmer is made by the Meiri, a preeminent medieval scholar, in his commentary on the Talmud Bavli, Yevamot 62b. This section of the Talmud relates a tragic story about Rabbi Akiva, one of the greatest Jewish leaders of his time. Rabbi Akiva, the Talmud tells us, had 24,000 students who died from a terrible plague all in one year during the Omer period. This plague was sent by God to punish the students for not showing each other proper respect. The Meiri relates a tradition that says this plague ended on Lag BaOmer.

The deaths of Rabbi Akiva’s students was a great loss on many levels. For one, the loss of human life is always a tragedy. On top of that, these were incredible scholars who, had they lived, might have made unimaginable and irreplaceable contributions to Jewish learning and tradition. Additionally troubling is the fact that these great scholars showed each other so little respect, indeed, treated each other so terribly that it cost them their lives.

For all these reasons, Jewish tradition commemorates this event by treating the Omer as a period of partial mourning. Understandably, Lag BaOmer, the day this plague ended, deserves to be celebrated as the end of this mourning period – though certain communities continue to treat the days following Lag BaOmer as a period of mourning as well.

In truth, Lag BaOmer is about more than just the end of a national tragedy. It also marks the beginning of a new era. Despite the enormous loss of 24,000 students, Rabbi Akiva did not give up. He began teaching again. This time, his students amounted to just five men: Rabbi Meir; Rabbi Yehuda; Rabbi Elazar; Rabbi Nechemiah; and Rabbi Shimon bar Yochai. Though small in number, Rabbi Akiva’s new students were remarkable in character and able to uphold the monumental task of carrying forward their teacher’s legacy and preserving Jewish tradition.

It is very fitting that Lag BaOmer falls between Pesach, which marks the exodus from Egypt, and Shavout, which marks the giving of the Torah. On these holidays we celebrate the great miracles God performed for us and the guidance He gives us through the Torah. But we are not only passive recipients of God’s wisdom and the Torah.

Like Rabbi Akiva and his students, we are each responsible for carrying forward Jewish tradition and building a strong community founded, above all, on mutual respect for one another. Celebrating Lag BaOmer serves to remind us of our involvement in Jewish tradition and the important role each of us plays in preserving the Jewish people.

However, this explanation does not shed much light on Lag BaOmer’s famous bonfires. To understand this practice, we need to look at an alternative explanation found in Rabbinic literature for the meaning behind Lag BaOmer.

To commemorate this extended daylight, as well as the “light” received from Rabbi Shimon bar Yochai’s teachings, we light bonfires on Lag BaOmer.

In addition to lighting bonfires, another popular tradition on Lag BaOmer is for children to play with bows and arrows.

To understand this practice requires some historical context. While the Talmud tells us that a plague killed Rabbi Akiva’s students, this may be a euphemism for a military defeat.

Rabbi Akiva, and many of his students, were deeply involved in the Bar Kochba revolt, a rebellion against Roman rule in the year 132 C.E. The leader of this revolt was Simeon bar Koseva, who many, including Rabbi Akiva, believed to be the Messiah. The revolt failed terribly, leading to the deaths of thousands of Jews and continued oppression under Roman rule. At this time, even talking about the rebellion could put one’s life in danger, which is perhaps why the Talmud does not refer to the rebellion explicitly, but rather blames a plague for the deaths of Rabbi Akiva’s students. This would certainly help explain such a large number of deaths in such a short time span.

Some say that there was a short break from fighting on Lag BaOmer, which is a further explanation for why we celebrate on this day. Either way, the tradition to play with bows and arrows honors the bravery of the Jewish rebels who fought to the end for religious and political freedom.

Lag BaOmer is also a popular day for holding weddings in certain Jewish communities. Since the Omer is treated as a period of mourning, we refrain during this period from joyous activities such as holding weddings, listening to live music or cutting one’s hair. On Lag BaOmer these restrictions are lifted, and so these activities are enjoyed on Lag BaOmer with added joy.

There are also several popular songs associated with Lag BaOmer, some specially written for the holiday in honor of Rabbi Shimon, such as "Bar Yochi" and "Amar Rabbi Akiva Ashreichem Yisrael."

Probably the most exciting place to celebrate Lag BaOmer is at the tomb of Rabbi Shimon bar Yochai in Meron, Israel. Hundreds of thousands of Jews gather in Meron each year on Lag BaOmer. The highways are shut down and tents pop up all over the small town’s countryside.

According to tradition, Rabbi Shimon bar Yochai requested that his students commemorate the anniversary of his death with celebration rather than sadness. Accordingly, Lag BaOmer in Meron is treated as a purely joyous day.

In addition to studying Zohar, reciting Psalms and participating in prayer at Rabbi Shimon bar Yochai’s tomb, there is live music, singing, dancing, feasting and celebrating. Of course, one of the main events is the lighting of a bonfire at the great Sage’s tomb.

Other popular traditions in Meron on Lag BaOmer include holding Upsharins, the traditional first haircut for three-year-old boys, and a custom known as Chai Rotel. Chai Rorel refers to a measurement of liquid, equivalent to about 13 gallons. It is believed that contributing this amount of a beverage to the Lag BaOmer celebrations in Meron will bring to the giver a miraculous return. This practice is particularly popular among couples hoping to have children.