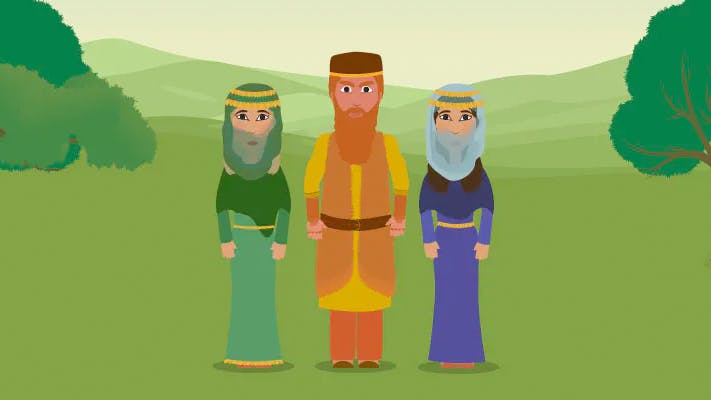 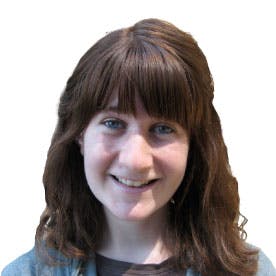 You like trivia? I’ve got a question for you. Who were Esau’s wives? Just raise your hand if you know that one. No? Okay, here’s another: how did Esau’s parents feel about his wives? No, it’s not a trick question; the Torah actually tells us.

If you know the answer, then give yourself a big pat on the back (or if you just watched our video on Parshat Toldot, you’re gonna want to skip the next few paragraphs.).

But if you don’t know the answer, don’t feel bad. I didn’t know myself. Do you want to know why I didn’t know?

Because when I get to the “begots,” my eyes start to glaze over. You know what I’m talking about, right?

“The sons of Japheth were Gomer, and Magog, and Madai, and Javan, and Tubal, and Meshech, and Tiras.” (Genesis 10:2)

“And these are the days of the years of Abraham's life which he lived, a hundred threescore and fifteen years.” (Genesis 25:7)

There are all of these biographical details, this trivia, that we find littered throughout the pages of the Torah. And I hope you don’t think me heretical for saying this — but it’s not exactly the most soul-stirring stuff in the whole world. I never paid them much attention at all.

Until about four weeks ago, that is. I was reading Parshat Toldot, scouring it for some kind of novel insight that I could parlay into a Torah video (see the finished product here!) — and my eyes stopped on this pair of verses:

That’s curious. Esau married these women and… his parents disapproved? I never noticed that before. I tucked it away in the back of my mind and kept reading.

Fast forward: past Jacob’s deception of Isaac, past Esau’s anger and his threat to kill Jacob, past Rebecca telling Jacob that he’s gotta leave, gotta go to her brother Lavan’s house so he’ll be safe… I stumbled upon this string of verses:

How Many Wives Did Esau Have?

Hmm, I never noticed that before, either. First Esau marries these Hittite (read: Canaanite) women, and then barely a chapter later, the text tells us that he finally realizes that his parents didn’t like his first wives, so he goes and marries a third. Who is this Machalat? She’s the daughter of Ishmael, the granddaughter of Abraham, so she’s definitely not a Canaanite. What are Esau’s motivations? What spurs him to run off to Uncle Ishmael’s house in search of a third wife? What is he hoping to accomplish?

And when you consider the context, this question gets even bigger. Jacob just stole Esau’s blessing. Esau is furious. He swears that he’s going to kill Jacob! And then… he goes and gets married? Is that what you do when you’re angry?

These verses about marriage: they don’t just seem like biographical trivia. It sounds like there’s a story here. You’ve got these two mentions of Esau’s marriages — and sandwiched in between them are 46 verses that describe Jacob’s taking of Esau’s blessing:

So how do we connect the dots? Jacob takes Esau’s blessing, and that spurs Esau to go and marry Machalat. How does A lead to B?

A theory occurred to me, an insight into what may have been going on in Esau’s mind at this moment when he went in search of a third wife. I started to scratch the surface of the text — but I wasn’t prepared for the depth of the story which emerged.

I don’t want to give it all away, because I actually made a short video that tells the whole story — because this is the kind of story that calls for animations, music, something to really bring the characters alive for you.

In fact, we make a lot of animated Torah videos here at Aleph Beta. Loads of them. People like me write and record the scripts, and then our genius animators bring them to life. We have hundreds of videos on the parsha (the weekly Torah portion) alone. Think Netflix… but for the Bible. I bet you’ve never seen anything like it before. So go ahead, take 10 minutes to watch the full video, hear my argument, and see the evidence. And then meet me back here when you’re done. Because it turns out there’s one more surprising wrinkle in this story that I want to reveal to you… but only after you’ve seen the video.

And once you’ve seen the video, scroll down…

What Happened Between Jacob and Esau?

One last thing. As I mentioned at the end of the video, there’s a little something that we have to quickly iron out. I slightly misquoted the Torah at the very start of the video. But I plead innocent! Just give me a chance to defend myself.

I read that verse about Esau’s threat to kill Jacob, but I conveniently left out the part which is in bold:

And Esau hated Jacob because of the blessing that his father gave him, and he said to himself, “Let the days of mourning for my father draw near, and I will kill my brother Jacob.” (Genesis 27:41)

What is the implication of those words in bold? It sounds like Esau never intended to kill Jacob right away. He planned to wait until Isaac was dead and buried… and then, one would imagine, Esau would turn from his father’s plot, pick up his shovel, and konk Jacob over the head with it.

Except… that’s not what happened. The Torah actually tells us about the day of Isaac’s burial, eight chapters later, but there’s no mention of anything resembling fratricide:

And Isaac expired, and died, and was gathered unto his people, old and full of days; and Esau and Jacob his sons buried him. (Genesis 35:29)

So it can’t be that Esau was just waiting for Dad to die, you see. Something else happened to change his mind. What was it? What makes a man go from wanting to murder his brother to deciding not to?

Was it because his temper subsided over the course of twenty years? Was it because Jacob placated him with gifts and deference when they reunited in Parshat Vayishlach? Both of those are part of the answer, no doubt. But what I tried to argue in my video is that the change that Esau undergoes in the immediate aftermath of the deception is a major part of the equation, too. I think that if you want to understand how Esau feels about his brother, then you can’t stand to ignore that part of the story.

Life Lessons of Jacob and Esau

Now the question is: what do we do with this story?

In the video, I suggested a possible answer: that the Torah is actually trying to teach us empathy, to feel compassion for someone so manifestly imperfect as Esau. Well, I want to share one more idea with you. (I wanted to include it in the video, but it ended up getting left on the cutting room floor.) It’s about parents. If you’re a parent and you watch this video, you hear this untold story of Esau, what comes to mind for you?

That’s what I kept asking myself as I grappled with this material. You see, as parents, we try to do right by our kids. Isaac and Rebecca, our great forebears, certainly tried to do right by theirs. We whisper in their ears at bedtime that we love them just the way they are, always and forever, so they will always feel loved, secure… but we also believe that it’s our job to push them to become the best version of themselves. After all, we’re the grown-ups in this relationship; don’t we owe it to them to help them actualize their potential?

The knowledge of that power — that at any point, we can reduce our otherwise self-confident children to their most vulnerable, thirsting for our love and approval — that weighs oh so heavily on mine.

Rabbi Fohrman has an amazing series on parenting — where he talks about exactly this issue: about the fact that our children will, almost inevitably, disappoint us — and how we keep it from poisoning our relationships with them. Click here to watch it.