God teaches us the Sabbatical law, where we must let our land rest every seven years, and we learn about Jubilee law, relating to the freedom of slaves every 50 years. In this parsha, God promises blessings and curses to the people of Israel – depending on whether they keep His commandments. 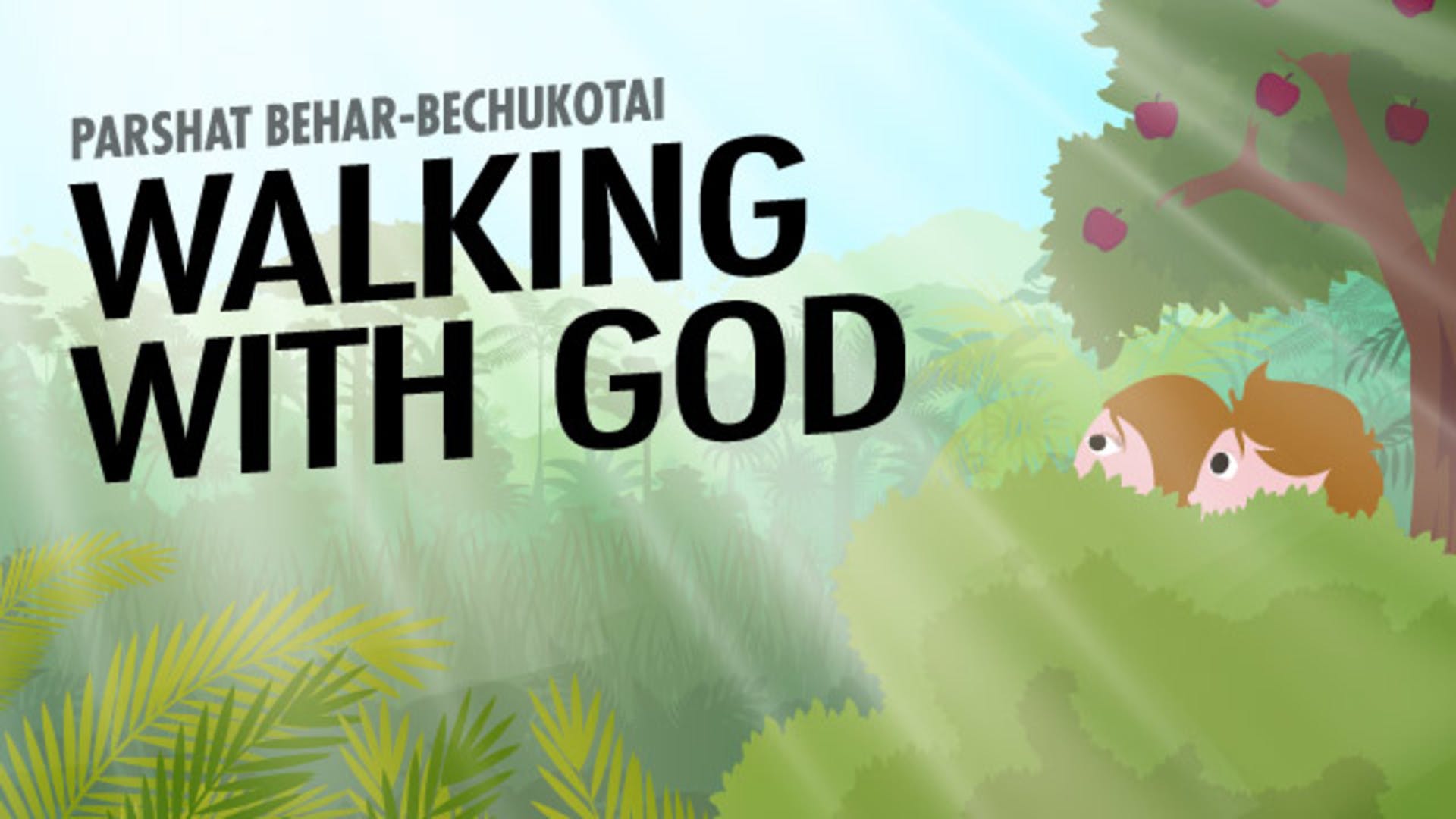 Can We Truly Walk Closely With God?

In Leviticus, the Torah suggests to us that if we follow God's will, we will be rewarded with walking with God – with the same language as the Garden of Eden. Rabbi Fohrman speaks this week about the loving, joyful moment of togetherness with God.
Watch Video

Printable Guide
Behar: Why Does Land Have To Rest?

PREMIUM
Printable Guide
Bechukotai: Why Would God Curse His People?

Possibly the most famous part of Parshat Behar is the discussion of the laws of Shemittah— the command that once every seven years, we are instructed to let the land rest. We don't work the land, don't sow or plow — we just enjoy the fruits that grow naturally and hope that we've saved up enough to get us through the year! It seems like a beautiful idea. But the question is: Why should land need to rest? In his video, "Why Does Land Have To Rest?", Rabbi Fohrman tackles this question and points out that part of the answer has to do with the theme of "Sabbath" which rears its head in the law of Shemittah – notice the idea of seven, the idea of rest. He offers a beautiful explanation of Shemittah which goes far beyond letting the land rest, and also shows the central connection between the laws of Shemittah and the laws of Yovel ("Jubilee") — which occurs in the fiftieth year, and which we observe by freeing slaves and returning land to its ancestral holder.

And if you're interested in further exploring the concepts of Shemittah and Yovel, Imu Shalev and David Block's video, "A Spiritual Economy," is a great next stop. In that video, they point out that while (1) freeing slaves, (2) returning land to its ancestral holder, (3) letting land rest, and (4) releasing debts all seem like perfectly nice things to do, the list is a little random... Is there some central theme that they all share in common, that could help us to appreciate the concepts of Shemittah and Yovel more deeply?

After Parshat Behar lays out the basic laws of Shemittah and Yovel, most of the rest of the parsha addresses implications of following these laws, for example:

–If we can't work the land, then what are we going to eat??

–If land is going to automatically return to its ancestral holder and debts will automatically be released, how might that affect the economy and affect the way that people behave in the marketplace? How can we make sure that people still get their needs met and behave ethically under such circumstances?

The parsha also expounds on the theme of compassion and social justice with its discussion of helping a person who is struggling financially, the prohibition on charging interest on a loan to a fellow Jew, and the imperative to treat Jewish slaves in a respectful, not demeaning, way.

Parshat Bechukotai, the final parsha in the Book of Leviticus, is, at times, quite difficult to read. It starts out nice, with a series of promises about the incredible blessings that will come our way if we diligently follow God's laws: God will make sure that we are fruitful and multiply, will help us to conquer the land, will rid the land of dangerous wild animals, will ensure that we enjoy bountiful harvests from the land and from fruit trees, and more. But then the parsha turns dark, warning that if we fail to follow God's decrees, curses will ensue: frightening things like disease, famine, military destruction, and exile from our land. Yes, this formula is common enough in the Torah — If you listen to God, good things will happen, and if you don't, bad things will happen — but when we stop to really think about it — and we think about what this says about God — the implications are hard to face.

Why would a compassionate, loving God curse His people? Rabbi Fohrman faces this question head-on in his video, "Why Would God Curse His People?" On his way to finding an answer, he notices that the blessings in Bechukotai seem to bear an eerie resemblance to an earlier story in the Torah.... When else have we heard about being fruitful and multiplying, about conquering the land, about wild animals, about fruit trees, and more? Of course, it's the earliest story in the Torah: the story of the creation of the world. But what could that possibly have to do with Parshat Bechukotai, and how in the world could it help us to understand why God would respond to His people's failure to follow His law with these violent, vindictive curses? Rabbi Fohrman answers that and more in his video. (And if you enjoy that study, then you must check out Rabbi Fohrman's second video on Parshat Bechukotai, where he further explores these parallels between creation and our parsha and suggests, astonishingly, that Parshat Bechukotai is charting for us nothing less than a pathway for re-entering the Garden of Eden. Watch "Walking with God" here.)

After its fascinating, albeit sometimes challenging, discussion of the blessings and curses, Parshat Bechukotai devotes time to an extremely technical law: the law of eiruchin, of determining the value of things for the purpose of pledges. It's hardly something that comes up in our everyday lives, and it's not easy to understand what it is doing in this parsha, why it should have been chosen as the conclusion of Parshat Bechukotai, the conclusion of the Book of Leviticus. Imu Shalev and David Block ask and answer that question in their video, "The Epic Conclusion To Leviticus."