The Meaning And Purpose Of Refraining From Work On Shabbat 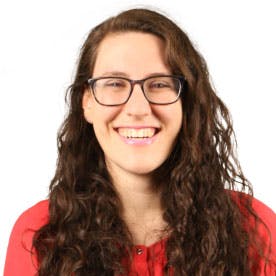 We know all about Shabbat, right? Shabbat is about emulating God. Back in the beginning of Genesis, after God created for six days, God rested, so, after our six days of work, we too rest. We spend 25 hours in this intense emotional and spiritual state, connecting to God, praying, singing, learning Torah. It’s so beautiful and meaningful.

But, if we’re being honest, I think many of us would admit that, more than anything else, Shabbat is a time where we reconnect with our loved ones, with family and friends, where we’re with our communities.

And that leaves us wondering: what really makes Shabbat meaningful? Is it bad *to* focus on friends and family, even, often, more so than God? Or is that exactly what God wants?

Hi, this is Rivky, and you’re watching Aleph Beta. Welcome to Parshat Vayakhel.

What Does Shabbat Really Mean to Us?

Shabbat is about emulating God. Back in the beginning of Genesis, after God created for six days, God rested, so, after our six days of work, we too rest. We spend 25 hours in this intense emotional and spiritual state, connecting to God, praying, singing, learning Torah. It’s so beautiful and meaningful.

I think, many of us, if we’re being honest, would say, yes, prayer is lovely, but honestly, I go to synagogue on Shabbat not just to catch the prayer service, I go to socialize. During the week, I’m really busy, I barely have time for myself, let alone to see and connect with others. On Shabbat, in synagogue, I sit with my friends, and during the kiddush, I catch up with them, and mingle with members of my community.

And then, I have friends over for special Shabbat meals! Ah, okay, so, that can be spiritual, no? Aren’t you making special blessings, like kiddush and hamotzi? Aren’t you singing Shabbat songs? Okay, yes, that’s true, I am, but honestly, that’s only a few minutes of the meal. And the rest? Sitting, talking, laughing, enjoying good food and the company of my loved ones. And then, again, in the afternoon, what do I do? Well, maybe I learn a little Torah with my kid, a friend, a study partner, but honestly, not so much – even when I do learn, I spend half the time kibbitzing around; it’s a bonding experience more than anything. And when I’m not learning, even more so – I’m just spending time with the people I love. We go for walks, we play board games – and let’s be honest, we eat more food together.

It really seems that mostly, at least for me, Shabbat is a time where I reconnect with my loved ones, with family and friends, where I’m with my community. And to be honest...that makes me feel kinda guilty. Because is spending time with other people really what God wants from me, on shabbat, this Godly day?

The Meaning of the Sabbath Day in the Bible

You know what? As unintuitive as it sounds, I actually think maybe it is. Because listen to the words that the Torah uses to introduce Shabbat, in Parshat Vayakhel:

And Moses gathers together the community, the edah, of the children of Israel

He says to them:

These are the commandments God gives you:

For six days, you will do work

And on the 7th day, you’ll have a holy day, a day of Shabbat for God

Okay, so this is the command to keep Shabbat, right? Simple enough. But go back to the beginning – to the first words. Vayakhel Moshe, and Moses gathers the people together.

Okay...you’re wondering. Rivky, Are you really trying to make the claim that we are supposed to gather together, as a community, on Shabbat, because of the word Vayakhel? And I hear where you’re coming from, it does sorta seem like a bit of a stretch… Because Moses gathers the people, that means that on Shabbat, we should focus on gathering, in community? Moses speaks to the people all the time, nothing about this is unusual.

But lemme ask you. Why does it say Vayakhel? Like, if the Torah instead said, Vayidaber Moshe, and Moses speaks to the people, we wouldn’t jump up and scream out: “But were they gathered?!?” It would be intuitive, right? So it feels like this word, Vaykahel, maybe is there for a reason. Maybe it’s there to hint something to us. But what?

Well, here’s a clue about this word, Vayakhel. The shoresh, the root of the word, kuf-hey-lamed, it appears a few times in the Torah. But this exact formation, the word, Vayakhel, and he gathered, it’s a very, very unusual word. In fact, this word only appears twice in the entire Torah.

The other Vayakhel is in...the story of Korach.

All right, you might say. That is kind of interesting. Of course, maybe that’s just a coincidence. But maybe not. Maybe if we explore this Vayakhel-Korach connection, we’ll be able to understand why gathering, and community, might actually be inherently connected to Shabbat.

Let’s do a quick refresher on the Korach story. Korach and a few other men rose up against the leadership of Moses. Korach says, we’re all holy, why do you get to be in charge of us? Moses says, okay, you think maybe you should be in charge? Let’s let God choose; we’ll both do this ceremony with an offering, and we’ll see who God picks. Korach agrees, and the text tells us:

Korach gathers together the whole congregation,

Compare that to our verse in Vayakhel:

And Moses gathers together the whole congregation of Israel

Swap out Moses for Korach, and it’s almost the same verse – someone gathering together the entire congregation. It really does feel like the Torah is trying to point us to this connection!

So let’s keep reading in Korach, and see if we find anything else. Korach gathered his people, and then, God turns to Moses and Aaron, and says to them:

Separate yourselves from this congregation!

And I’m going to consume them in an instant.

Now, hibadlu, that’s kind of a weird word. Never heard that one before. But it’s not the only odd word in this verse, because then, God says, when you separate yourselves, I will achalah them. Now, achal usually means eat, or consume, but here, it’s slightly different. It’s more like God is saying, I will end them, finish them, immediately. We see the same word, and meaning, in the story of the Golden Calf. When God sees that the people of Israel, down at the bottom of Sinai, are worshiping this false idol, God says to Moses:

And now, leave me be, and my anger will flare against them, and I will consume them.

So achalah is finish, to end entirely. And now, let’s think. We have hibadlu, separate, and we have achalah, end, finish. Do either of these relate to our original Vayakhel, when Moses tells the people about Shabbat? I don’t think so, those words don’t appear anywhere in that Shabbat narrative. But, wait...Shabbat. Do either of these words relate to Shabbat, maybe somewhere else?

Oh my gosh...there is. Havdallah. What is havdallah? Well, our first instinct is to recall the ceremony, havdallah, that we make every week, to mark the separation between Shabbat, which we just experience, and the regular workweek, which we’re about to enter. But the word Havdallah has another, Biblical, resonance to Shabbat. Because, let’s go all the way back – to the week of creation, the precursor to the very first Shabbat…

Do you remember the very first thing God creates? God says, let there be light, and there was light. God sees the light, and it was good – and then?

God separates between the light and the dark.

Now look at that. The last step in God’s creation process is separating.

And that theme – making, and then separating – continues through creation. The next day, Day 2, God creates the upper waters, and the lower waters. How does God do it?

And God separated, created a havdallah, between the water underneath the skies and the waters above the skies.

And it keeps going! We see havdallah throughout creation, next on Day 4, where God creates lights in the sky, the sun, moon and stars – using them to separate between day and night. As always, first God created, and then, as the last step, separated.

So we have this series of havdallot, of separations, as the last steps in creation. And then, all of creation ends with the seventh day, shabbat – but what about achaleh, ending, finishing. Do we see that word anywhere in creation?

I’ll give you a hint – and this clinched it for me. Think about Friday night, how we usher in Shabbat with kiddush. Is there anything in kiddush that reminds you of achaleh? Let’s read the text together. We begin with the 2nd chapter in Genesis, the one that introduces us to Shabbat:

And heaven and earth, were finished

And on the seventh day, God finished working, finished with all of the melacha

But here’s what’s interesting. Do you remember achalah in Korach? ואכלּה אתם, כּרגע, God says, I will finish them in one instant. But there, finish means, destroy. End. When God tells Moses and Aaron to havdel, to separate, and then God will destroy the people – it’s decidedly negative. Separate, and then destroy.

But in creation, it’s the opposite. The havdalot, the separations, they were all in service of creation, of building, not destroying. And then, vayichulu – vayichal, when God finishes – it’s completion. After all, the previous chapter tells us explicitly, וירא אלהים את-כּל-אשׁר עשׂה, והנּה-טוב מאד God saw alllll that He had created – and it was very good.

Okay, so we have this connection between the Vayakhels – one in our parsha, about Shabbat, and one in Korach, which also connects us to Shabbat. But now we have to ask, why? What do these ideas – havdallah, separation, and achaleh, finishing – have to do with vayakhel, gathering?

The Meaning of Shabbat

And I actually think that when we think about it, these ideas work together perfectly. Separating and finishing are both really, fundamentally, about the same thing. You see, when we create something, we often want to keep creating, keep tinkering, keep working on what we’ve made, because we think if we keep going, we can make it really perfect. Rabbi Fohrman gives the analogy of parenting – maybe you’ve seen this parent, or maybe you are this parent – who even as the kid is in college, even as they’re walking their child down to the chuppah, the parent still can’t stop trying to change them. As hard as it is for us to do – to really do melacha, to really create something – means you also have to put a stop to the creating. You have to separate from it – you have to finish it – in order to step back, and really enjoy what you’ve made.

During the week, we live our own disparate lives, working, often disconnected from others around us. But Shabbat forces us to put down our reports, set aside our hammers, leave the creating aside. Instead, we separate, we finish, and we congregate!

In Korach, we saw what happens when people gather together for the wrong reasons... God separated them and finished them forever. But Vayakhel tells us that on Shabbat, we should gather – but to honor God, and what God has created. We should leave our creations, let them be complete, and just be: be a kehillah, be a congregation, together with our friends, loved ones, and communities.