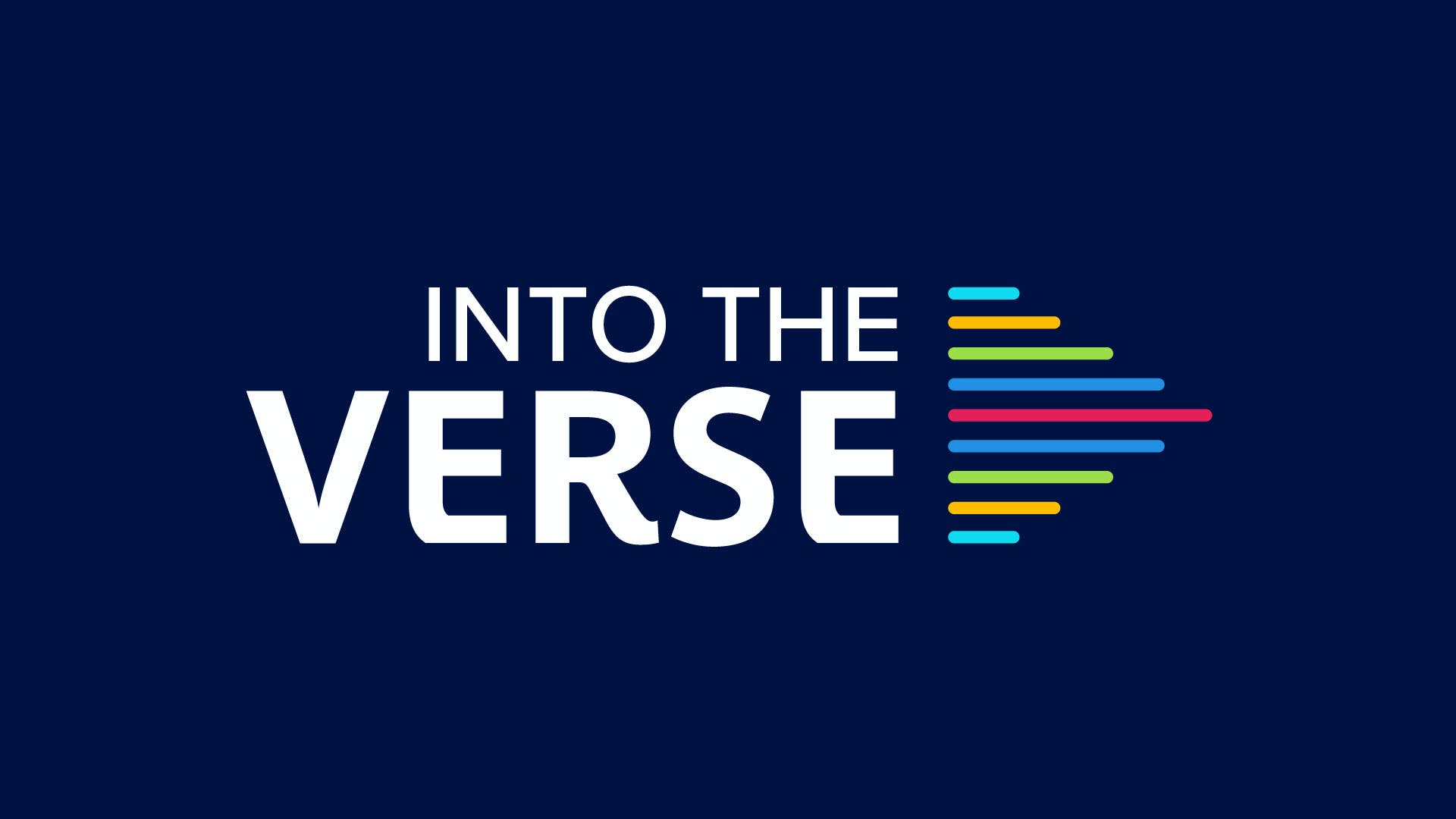 Our New Weekly Parsha Podcast. Get Into It.

Into the Verse is dedicated to bringing you Torah that is timely and relevant to your life. Using the weekly parsha and the Jewish calendar as inspiration, this podcast is filled with rich and uplifting insights based on analysis of the Hebrew text itself. Take a listen and enjoy! 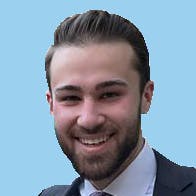 Vayetze: A Ladder, Angels, and a Godly Mission

Parshat Vayetze opens with Jacob on the run, experiencing a dream with angels on a ladder. Jacob’s ladder, with its angels ascending and descending, is probably one of the most iconic images in all of Genesis. It’s so iconic, we can miss a basic question about it - and that is - why is it actually here? Does the ladder add something to this vision? Why is it here at all?

Toldot: Who Cares About Isaac's Wells?

This week’s parsha contains the only story in the Torah in which the patriarch Isaac takes center stage. No, it’s not the Akeidah (that was mostly about Abraham), and it’s not the story about the blessing of the firstborn (that story is really about Jacob and Esav).

Chayei Sarah: A Princess for All Time

Parshat Chayei Sarah begins with the death of our matriarch, Sarah. In this week’s episode, Rabbi Fohrman reflects on her impact and finds a clue to the lasting legacy of Sarah’slifeby looking, in all places, at the Torah’s description of herdeath.That clue hinges on a seemingly technical fact found in the parsha’s opening verse: the number of years Sarah happened to live, 127.

Vayera: Can Sparing the Wicked Be... Justice?

Parshat Vayera includes one of the Torah’s most memorable conversations: God and Abraham negotiating about whether God will destroy the city of Sodom. But there’sanotherfascinating conversation right before that one.

This parsha is full of little vignettes about Abraham’s life, and it feels like a bunch of random episodes of “A Day in the Life of Abraham.” Is there some central theme here that can teach us why God chose Abraham to be the father of a great nation?

Noach: How Do We Reconcile Science and Torah?

Why doesn’t the Torah ever mention dinosaurs or other prehistoric creatures? Does this mean that according to the Torah there were no dinosaurs? Is this a sign that the Bible doesn't match up with history and science?

Bereishit: Unlocking the Path to the Tree of Life

The Torah tells us about how the universe was created — light, darkness, sky, plants, animals, people — but it doesn’t tell us why. Why did God create the world, and particularly human beings within it? What is our purpose on this earth? How can we achieve ultimate meaning in life?

Sukkot: Why Do We Take the Lulav and Etrog?

The holiday of Sukkot brings us one of the stranger Jewish customs: Carrying the “four species” of plants around, waving them in all directions as we pray.

In this specialbonus episodeImu and Rabbi Fohrman discuss a challenge, raised by a listener just like you, to a previous episode.

Yom Kippur: It's Not All About Forgiveness

Yom Kippur: It’s one of the most significant days of the whole year. We go into this day hoping for some weighty things… forgiveness, a chance to be a better version of ourselves.

Rosh Hashanah: Should We Be Afraid of ‘Judgment Day’?

Rosh Hashanah – it’sYom Hadin, the Day of Judgment, right? God is going to judge the whole world and decide its fate for the coming year. And our job is to search our hearts, confront our misdeeds from the past, and doteshuvah, repentance. Sounds like a big responsibility!

Parshat Ki Tetzei tells us that if we find a nest with eggs or baby birds in it, we have to send away the mother bird before we’re allowed to take her young. That certainly sounds as if the Torah wants us to treat animals humanely… but how exactly does it help the mother bird?

Shoftim: How To Lead a Life Worth Living

How can we live a meaningful life? In this episode of Into the Verse, Rabbi Fohrman finds an answer in an unlikely section of Parshat Shoftim: the Israelites’ pre-battle protocols, when the officers exempt various soldiers from fighting. Join Rabbi Fohrman as he explores these military exemptions, their fascinating parallels to elsewhere in the Torah, and what they show us about leading a life worth living.

Re’eh: Why Does Judaism Need the Written Law and Oral Law?

Everyone knows it’s not kosher when you cook meat and milk together, but the Torah in this week’s parsha only says you can’t cook a baby goat in its mother’s milk. This law gets extended to all cooking of milk and meat in the Oral Law.

Eikev: What Does God Want from Us?

In Parshat Eikev, Moses boils down, into a short, sweet list, what God really wants from us in this world. But, when the prophet Micah comes along and offers a different version, the clarity in God’s expectations gets muddied…or does it? Join Rabbi Fohrman in this episode of Into the Verse as he explores the different “cliff notes” versions of what God asks of us and helps us gain clarity on how we can be the good person God wants us to be.

Parshat Va’etchanan tells the story of receiving the Ten Commandments at Mount Sinai. But wait… Haven’t we heard this story before? Why does the book of Devarim repeat this story along with so many others?

Rabbi Fohrman, Imu Shalev, and Tikva Hecht reflect on ten years of Aleph Beta Tisha B’Av videos. They discuss the lessons they have learned over the years about the meaning and nature of Tisha B’Av, and also review their personal favorite videos, and where to get started if you are new.

Matot-Masei: The Art of Negotiation

How do you succeed in a tough negotiation? At the beginning of this week’s parsha, the tribes of Gad and Reuben come to Moses with a really big ask. Just as the nation of Israel is about to enter and inherit the Land – in other words, at a moment that calls for the utmost unity and cooperation – these two tribes have a totally different plan for themselves! And perhaps even more surprisingly, Moses consents to their request.

Pinchas: The Daughters of Zelophehad

In Parshat Pinchas, we read about the daughters of Zelophehad, who seek to inherit their father’s land. God declares that their claim is correct, not only granting their request but also codifying it into law. This story isn’t just heartwarming – it’s also intriguingly similar to the Pesach Sheni story from earlier in the Book of Numbers. But what could land inheritance and the Passover offering have to do with each other?

Shiva Asar B'Tammuz is a fast day that marks the beginning of the Three Weeks, a period of intense mourning that culminates with Tisha B'Av, the day the Temple was destroyed. Twice in our national history foreign armies broke through the walls of the holy city of Jerusalem on this day. Yet, it is much more than the start of an extended mourning period for the Temple.

Chukat: Why Do We Need a Red Heifer?

The laws of the red heifer in Parshat Chukat are notoriously difficult to explain. Why does the Torah require its ashes to be mixed with water? How does this water “purify” those who have come into contact with death? Is there anything we can still learn from this ancient ritual? And one more question: Is there a reason why the heifer needs to be red?

Korach: Why Did Korach Rebel?

What was really motivating Korach? Was it idealism, jealousy, thirst for power?

Shelach: The Spies and Echoes From the Past

In Parshat Shelach, we read the story of the spies who ventured to the land of Israel and brought back a false report to the Israelites. Have you ever noticed that their report is strikingly similar to another story from earlier in the Torah?

In Parshat Beha’alotcha, we see the beginning of the dramatic downfall of the generation of the exodus. This dive leads, eventually, to 40 years of wandering in the desert and death to the entire generation. What happened?

Naso: What Are the Laws of Sotah Really About?

Parshat Naso speaks of the sotah – the "wayward woman" – who has been accused of committing adultery.

Part 1 Why Isn't Our Version of Shavuot in the Torah?

(Part 1 of 2) If you were asked what we remember on Shavuot, what would you say? The giving of the Torah, right?

Part 2 Why Isn't Our Version of Shavuot in the Torah?

(Part 2 of 2) If you were asked what we remember on Shavuot, what would you say? The giving of the Torah, right? But the Biblical commandment to celebrate Shavuot doesn’t even mention receiving the Torah!

Lag BaOmer: It’s a day for celebrations… parties, music, bonfires, barbecues. What exactly are we celebrating, though?

Emor: Why Does Creativity Need Boundaries?

Parshat Emor includes a familiar passage known as the parshat hamo’adim – the section of the Torah that describes all of the Biblical holidays. But there are two major interruptions in this passage, two things that just don't seem to belong.

How can we make sense of the laws in Parshat Kedoshim? They seem to deal with such a mix of unrelated topics. Some of them are obviously about moral behavior: Don’t steal, don’t deceive people, leave some of the grain in your field for the poor.

What’s So Meaningful About Counting the Omer?

Of all God's commandments, counting the "omer," the days between Passover and Shavuot, seems kind of... well, like a trip back to kindergarten. Does God really think that if we don't count the days leading up to Shavuot, we would simply forget about it? And if that's the case, then why not have countdowns, or count-ups, before every major holiday?

Miriam’s Song at the Sea

The splitting of the Reed Sea was so miraculous that the Jewish people celebrated by singing a Song to God. And yet, immediately after the nation sings, Miriam then sings...another song? Why would Miriam do that?

The Three Lies of the Exodus, Part 1

(Part 1 of 2) At the burning bush, God told Moses to show the people of Israel three signs, so they would believe that God was in fact with them. Was there any significance to these three signs, or did God randomly select them? And were the signs even effective?

The Three Lies of the Exodus, Part 2

(Part 2 of 2) At the burning bush, God told Moses to show the people of Israel three signs, so they would believe that God was in fact with them. Was there any significance to these three signs, or did God randomly select them? And were the signs even effective?

Into the Verse: Trailer

Into the Verse is dedicated to bringing you Torah that is timely and relevant to your life.