The Meaning of Tefillah | Aleph Beta

Watch our video series to uncover a deeper meaning behind your daily prayers. 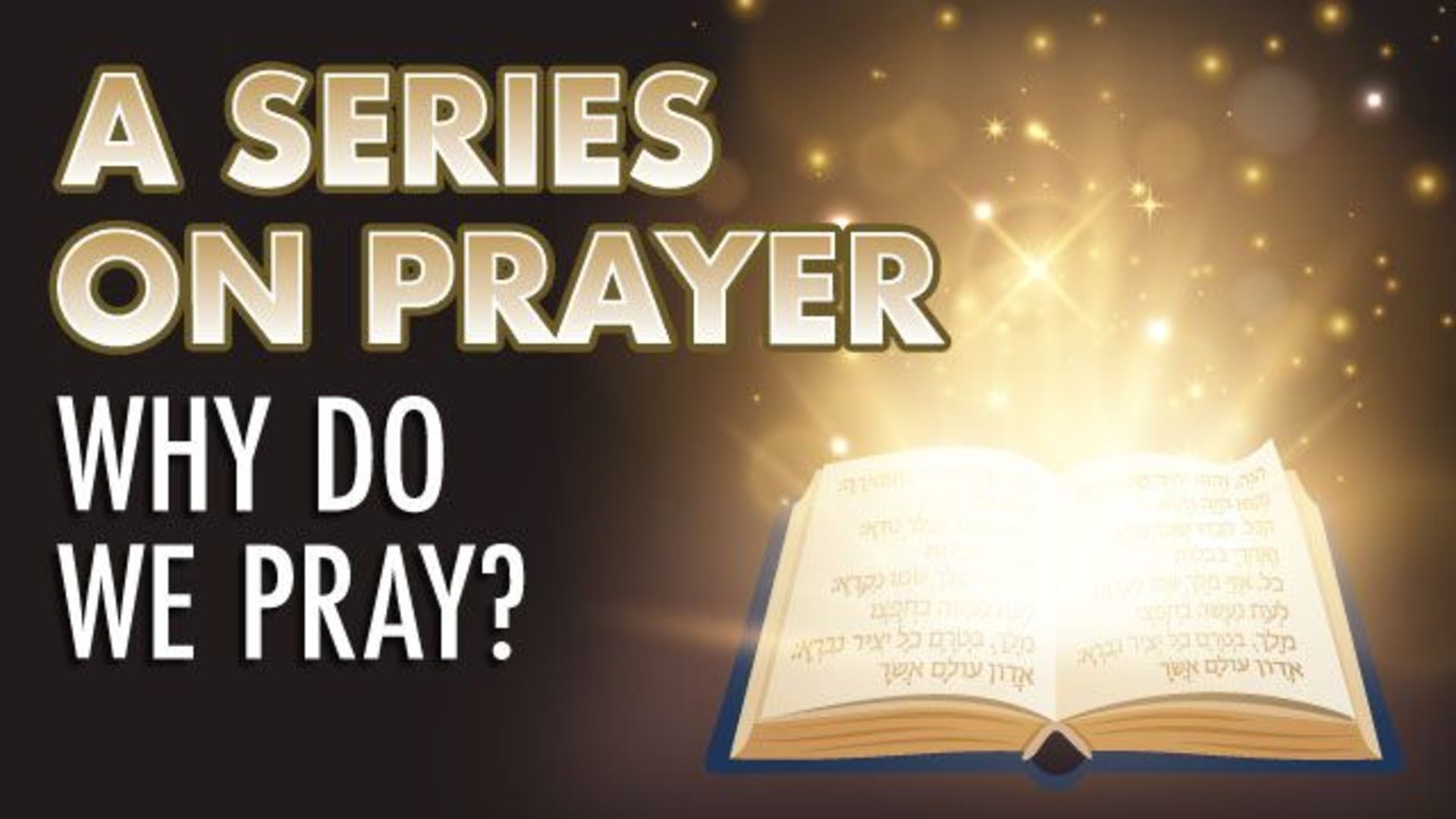 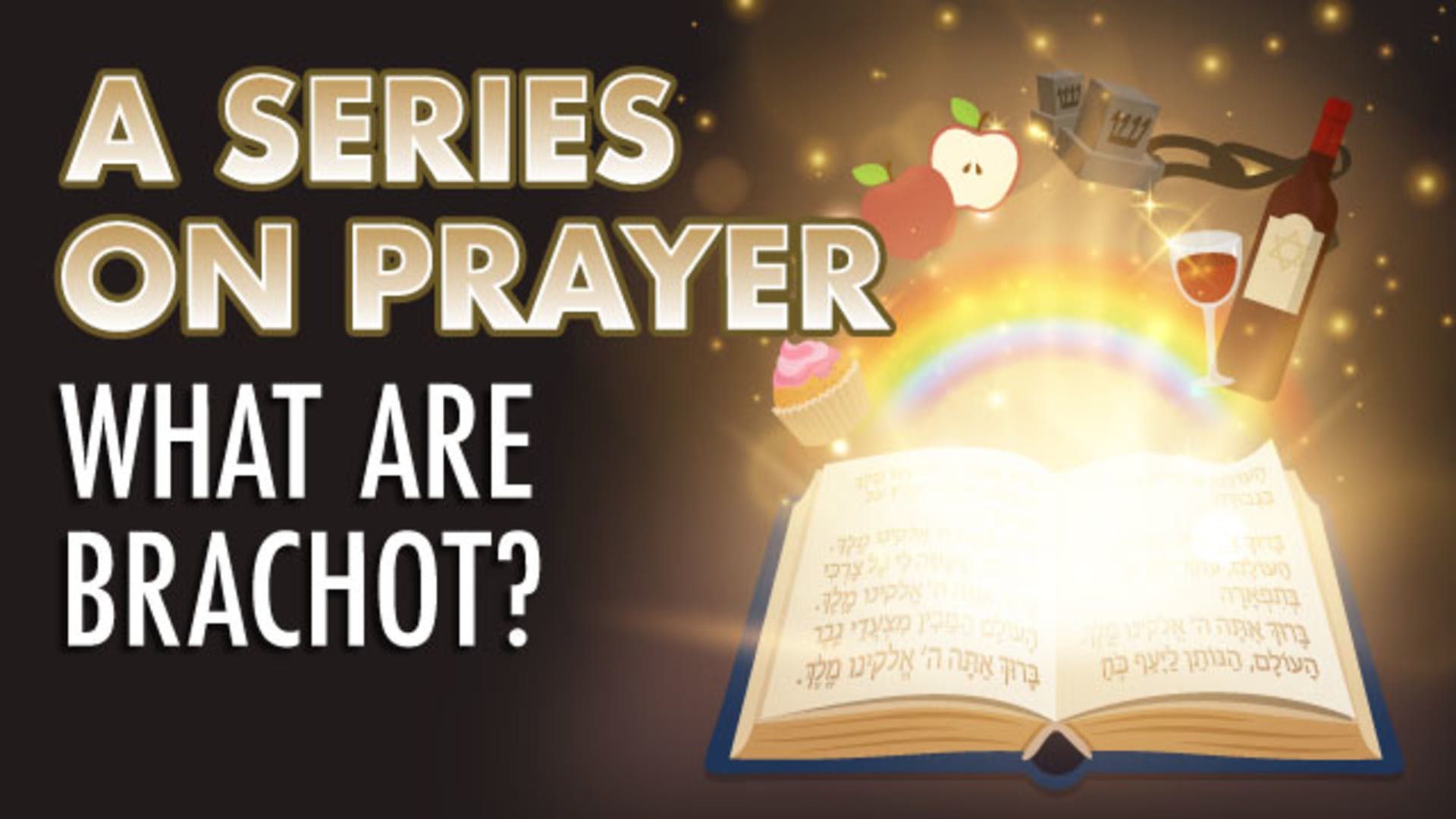 Prayer – in Hebrew, Tefillah, and in Yiddish, davening – is the pulse and heartbeat of Jewish spiritual life. Each turn of the daily, weekly, and yearly cycle is accompanied by specific Jewish prayers that set the tone of religious practice for the individual and the community. The process of praising God and asking for His help is included in major occasions like marriage and holidays, as well as the most mundane daily activities, adding daily meaning and structure to all life events.

Our daily prayers trace their roots back to our Biblical forefathers. When we pray, we step into this ancient relationship, an uninterrupted chain of communication between humanity and God. Although it is permissible to pray in whatever language one understands, there is special significance attached to saying the prayers in their original Hebrew.

The Meaning Of Tefillah?

Tefillah (Heb. תפילה; te-feel-ah) is the Hebrew word for prayer. The word itself contains a range of meanings. The Hebrew root פלל connotes “executing judgement” (Exodus 21:22) or “thinking” (Genesis 48:11). In this sense, the word להתפלל, to pray, may also refer to a process of accounting or contemplation.

While tefillah is the most common, generic word for prayer, the Bible uses many other terms as well. For example, the word עתירה (atirah), related to “digging” (Genesis 25:21); תחינה (techina), which means “supplication” or “begging” (Deuteronomy 3:23); and שיח (siach), which connotes “conversation” (Genesis 24:64, Pslams 102:1). The Bible has a rich vocabulary of prayer that represents a broad range of different approaches and types of prayers, each with its own unique quality and flavor.

Another name for prayer that is commonly used within Jewish Ashkenazi communities (of Eastern European descent) is “davening,” a derivation of the Yiddish word for “prayer” – davennen. The precise etymology and meaning of this word is disputed, but it has become common practice in English-speaking communities to favor the terms daven and davening.

The Mitzvah of Tefillah: Is Prayer a Biblical Command?

Even though the Bible is full of stories that involve prayer, nowhere is there an explicit commandment that says, “Thou shalt pray.” But, in the Talmud (Ta’anit 2a) the Rabbis identify the root of this mitzvah in the following passage:

“To love Hashem your God, and to serve Him with all your heart” (Deuteronomy 11:13).

What is the service that uses the heart? It must be prayer.

Based on this statement, Maimonides writes (Mishneh Torah, Laws of Prayer, 1:1) that there is a commandment from the Torah to pray every day. However, the exact timing and substance of those prayers were instituted later by the Rabbis.

But, Nachmanides, his rabbinic sparring partner, takes him to task for this. According to Nachmanides, the origin of prayer is not a mitzvah at all… it’s a gift.

“Certainly, the basic matter of prayer is not an obligation at all. Rather, it stems from the Blessed Creator’s kindness towards us, that He listens to us and responds when we call to Him.”

This view posits prayer as a fundamental gift of God’s Creation. God willingly extends Himself to humanity to hear and answer prayer. This touches on the Divine kindness (chesed) that underlies our very ability to pray. It makes prayer first and foremost, a loving invitation from our Creator.

Regardless of the Biblical origins of this mitzvah, all agree that there is a Rabbinic commandment to pray.

There are three daily prayers in Judaism that take place every morning, afternoon, and evening:

Shacharit is the longest of the three daily prayers. The Talmud (Berachot 26b) says that it was established by Avraham, and also corresponds to the daily morning offering that was brought in the Temple (“tamid shel shachar”). One may begin praying Shacharit as early as the first light of day, and it may be recited for a few hours into the morning.

Mincha is the afternoon prayer. Its time frame begins shortly after midday and continues until sunset. According to the Talmud, Yitzchak established this daily prayer, and it also corresponds to the afternoon daily offering that was sacrificed in the Temple (“tamid shel being ha’arbayim”).

How To Daven Maariv?

Maariv (Ashekenazi name) or Arvit (Sephardic name) may be said anytime from nightfall until the break of dawn. The Talmud says that Yaakov instituted this prayer, and that it corresponds to the remains of sacrifices that would burn throughout the night on the Temple’s altar.

Maariv includes the Shema and its nighttime blessings and the silent amidah.

A siddur (Heb. סידור; see-dure or sid-der) is a term for the standard Jewish prayer book. It comes from the root סדר (seder) which means “order,” because it lays out the order of prayers.

Many siddurim contain an extensive table of contents and include weekday, holiday, and Shabbat prayers as well as brachot and the weekly Torah readings. The liturgy or nusach (נוסח) of the prayer contain slight variations among different communities, and therefore different siddurim printed to reflect specific communal traditions. These include Ashkenazi, Sefaradi or Edot HaMizrach, and Sefard.

What Is A Tallit?

A tallit (Heb. טלית; tah-leet or tah-liss) is a four-cornered shawl that many people wear when engaged in prayer. It has special fringes called tzitzit (tzee-tzeet) tied to each of the four corners in accordance with the Biblical commandment (Numbers 15:38). Tzitzit are meant to be a reminder of God’s mitzvot.

Tefillin (Heb. תפילין; t’fee-leen or t’fill-in) are a pair of black boxes that are wound on the arm and head during prayer. In English, they are called phylacteries. Both the boxes and the straps are made from leather and painted black. They contain small scrolls that have the four Biblical passages that mention the mitzvah of tefillin written on them (Exodus 13:1-10, Exodus 13:11-16, Deuteronomy 6:4-9, Deuteronomy 11:13-21). They are meant to be a sign and reminder of our relationship with God.

Click here for a mind-blowing video series, which relates to the meaning of Tefillin and its relationship to the Exodus from Egypt.

Music and song play an important role in Jewish prayer. The very first nation-wide prayer was the Song of the Sea (Exodus 15:1-18), sang by the Israelites as God was taking them from Egypt. The Talmud states that prayers should ideally be said in a place where people gather to sing (Berachot 6a). Similarly, all of the sacrificial service in Temple was accompanied by the singing and music of the Levites.

Traditional liturgical music – known as nusach (Heb. נוסח) – is used to set the tone of prayers. The nusach is prayer specific, and it changes depending on the prayers being said and the season of the year. The weekday prayers sound different than Shabbat prayers. Festival prayers and High Holiday prayers are sung in unique tunes that set the appropriate mood of the experience.

Many parts of the prayer service are sung to familiar tunes, especially on Shabbat and holidays. Various Jewish communities have rich musical traditions reflecting their particular culture, from the “makamim” (musical scales) and “piyutim” (liturgical poetry) of Middle-Eastern and North African Jews, to the “niggunim” (wordless melodies) of Eastern European Jews, and everything in between.