What Is Hanukkah | Aleph Beta

What Is Hanukkah About?

Hanukkah is about two miracles: The Jewish people’s miraculous defeat over Antiochus and the Greek army and the miracle of the oil. After the war, the Jews only managed to find a tiny drop of pure oil in the Temple. This tiny drop of oil miraculously burned for eight whole nights, and is why Hanukkah is sometimes called the ‘Festival of Lights.’

The root of the word Hanukkah (חנוכה) is חנך – to dedicate. After the war and regaining Jerusalem, the Jews rededicated the Temple. There are several additional explanations for what the word Hanukkah means. For instance, Hanukkah (חנוכה) stands for חנו בכ״ה, which means 'they [the Jews] rested on the 25th,' which is the first day of Hanukkah. This year Hanukkah begins the evening of 22 December, 2019.

Some question if Hanukkah is like Christmas: both are celebrated with light and presents, and occur around the winter solstice in December. But the origin of Hanukkah shows us that there is a much deeper meaning of Hanukkah, making it a Jewish winter holiday distinct from all others.

Rabbi Fohrman discusses the conundrum of what Hanukkah is really about in this video. Here’s a small snippet:

If somebody asked you, "What do you really celebrate on Hanukkah?" It's a little strange to have one holiday in celebration of two entirely different things. Or maybe, they aren't entirely different things. Maybe these two are somehow related. It would be kind of satisfying if somehow the victory in the war and the miracle with the candles were both kind of reflections of the same things in some kind of way.

There's one unified thing that we are celebrating on Hanukkah; the candles is one aspect of it, the war is the other. But what is that unified thing?

Rabbi Fohrman digs deeper into this mystery in his video: Why Do We Celebrate Such A Small Miracle?

The Story Of Hanukkah

When Antiochus III, King of Syria defeated Egypt, he took control of Judea and the Jews within. At first, the Jewish people were allowed to practice their religion freely – on an individual level, and on a communal level in the Temple. It was a relatively peaceful time for the Jewish people. However, if we know anything about the history of the Jewish people, we know that peace is short-lived.

Peace was cut short when Antiochus IV and the Greeks overpowered the Syrians – they invaded Judea and took control of Jerusalem and the Temple. Antiochus IV banned ritual circumcision, and he ordered that pigs be burned at the Temple altar, a blasphemous act.

Just as intensely devastating as the religious persecution from the Greeks, however, was the internal conflict building between religious Jews and those influenced by Greek culture – Hellenized Jews.

What we know about the war and miracle of Hanukkah comes from the historian Josephus and the books of the Maccabees. It was Matityahu and his five sons – the Maccabees, not to be confused with the Maccabeats – who led a revolt against Antiochus IV.

Matityahu begins his epic rebellion by killing a Greek official, and a Hellenized Jew who is about to make a sacrifice to a Greek god, Zeus. Later on, when Matityahu dies, his son Judah takes over as the leader of the revolt. Under Judah's leadership, the Maccabees are able to finish what Matityahu began – the liberation of the Temple and Jerusalem, and freedom for the Jewish people.

Is this the only story about Hanukkah that we find in historical texts? Rabbi Fohrman talks about the possible connection to an older, second Hanukkah story in the Torah – one that ends peacefully between the Greeks and Jews. Rabbi Fohrman suggests that this story may hold a clue to understanding how, if at all, the ideas of Hellenism can fit into Jewish life.

In addition to this astounding military victory, the festival of Hanukkah celebrates a spiritual victory. When the Jews rededicated the Temple, the High Priest only managed to find one pure jar of oil. However, the oil miraculously lasted for eight nights – just enough time to have new oil pressed and ready for lighting the Hanukkah menorah. An eight-day festival was declared by the Jewish sages to commemorate this miracle, which we refer to today as the Hanukkah miracle.

There are several traditions and customs that celebrate Hanukkah, including prayers of thanksgiving, lighting Hanukkah candles, eating traditional fried Hanukkah foods, and plenty of fun games and songs.

On Hanukkah, we traditionally add two daily prayers. Hallel, a song of joy and thanksgiving, is added to our morning prayers for the eight days of Hanukkah, and we add Al Hanisim, a prayer thanking God for the miracles performed for us, to our Amidah, the silent, personal prayer service.

You can also hear several spiritual, as well as beautiful, poems and music during the eight days of Hanukkah.

This is a beautiful piyut (or Hanukkah poem) that we read after lighting the candles. The Hanukkah poem has six stanzas. The first and last stanzas discuss, in the present tense, the Jewish people’s hope for the final redemption and the ability to rebuild the Temple. The middle four stanzas discuss four different Jewish enemies who were defeated: Pharaoh in Egypt, Nebuchadnezzar and the Babylonian exile, Haman and the story of Purim, and Antiochus and the Greeks in the Hanukkah story. Despite duress from each enemy, the Jewish people prevailed. Ma’oz Tzur is often sung after lighting the Hanukkah candles.

This is a harmonious Hanukkah song that is included in the daily prayer (the Amidah). In the short prayer, we thank the Almighty for performing lots and lots of wondrous miracles for us. Many people sing Al Hanisim during dinner parties or during the prayer service.

Lighting candles is one of the most symbolic Hanukkah traditions related to the holiday’s history. Each night, shortly after dark, is when we light the Chanukiyah (colloquially referred to as a Hanukkah Menorah).

Hanukkah customs vary on how many people light the Chanukiyah. In many Ashkenazic homes, all adults and children light their own Menorah. Many Sephardic homes have the custom that one, often the head of the household, lights the candles on behalf of the family.

The Chanukiyah has eight branches and a Shamash. The Menorah that the High Priest (Cohen Gadol) lit in the Temple, however, had seven branches.

Many enjoy the custom of making or going to Hanukkah parties which customarily include fried foods made with lots of oil. Two popular Hanukkah foods include potato latkes and sufganiyot (jelly donuts).

Children love playing the game of dreidel during Hanukkah. A dreidel is a spinning toy with a four-sided top. Each side of the dreidel has a different Hebrew letter: נ,ג,ה,ש – nun, gimmel, hey, and shin – standing for נס גדול היה שם, or a large miracle happened there (in Jerusalem). In Jerusalem, many dreidels replace the letter ‘shin’ with a ‘pey’ which stands for פה or ‘here’ – a large miracle happened here (in Jerusalem).

Some people play this game during Hanukkah to win gelt, a yiddish word for money. But often times we swap out the actual cash for chocolate. We might also jokingly say that a Hanukkah ritual is that many people get fat over the holiday.

On Hanukkah, it is customary to greet friends and families by saying, “Happy Hanukkah,” or, “Hanukkah Samaech.”

Some people also use the Hanukkah greeting “Chag Urim Samaech,” which in English means “Happy Holiday of Lights.”

The Meaning of Hanukkah

Aleph Beta has produced a number of thought-providing videos that answer some of the big questions about what the holiday of Hanukkah is really about. They are designed to guide you to develop a deeper understanding of what makes Hanukkah one of the most relevant holidays of our time. 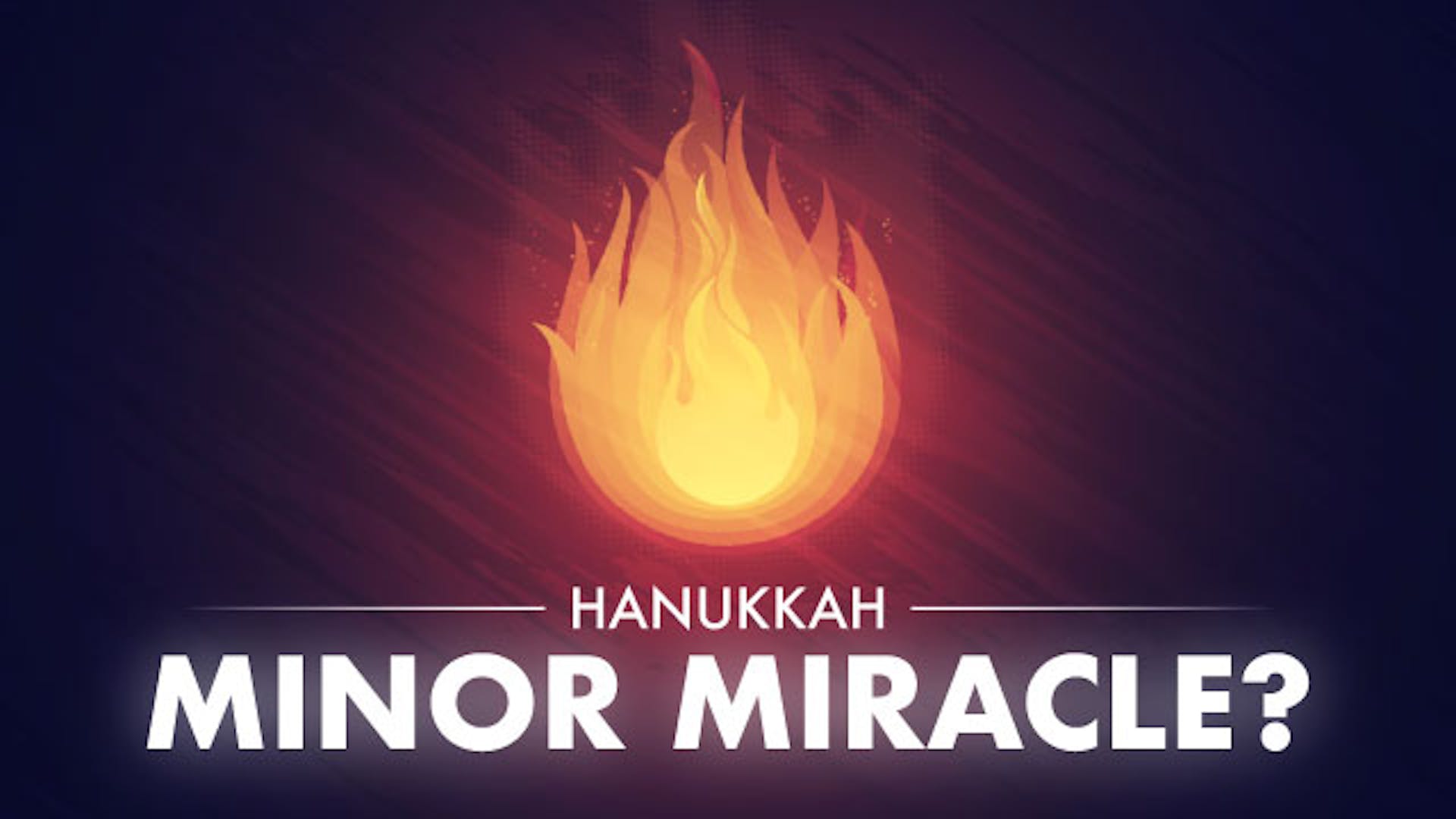 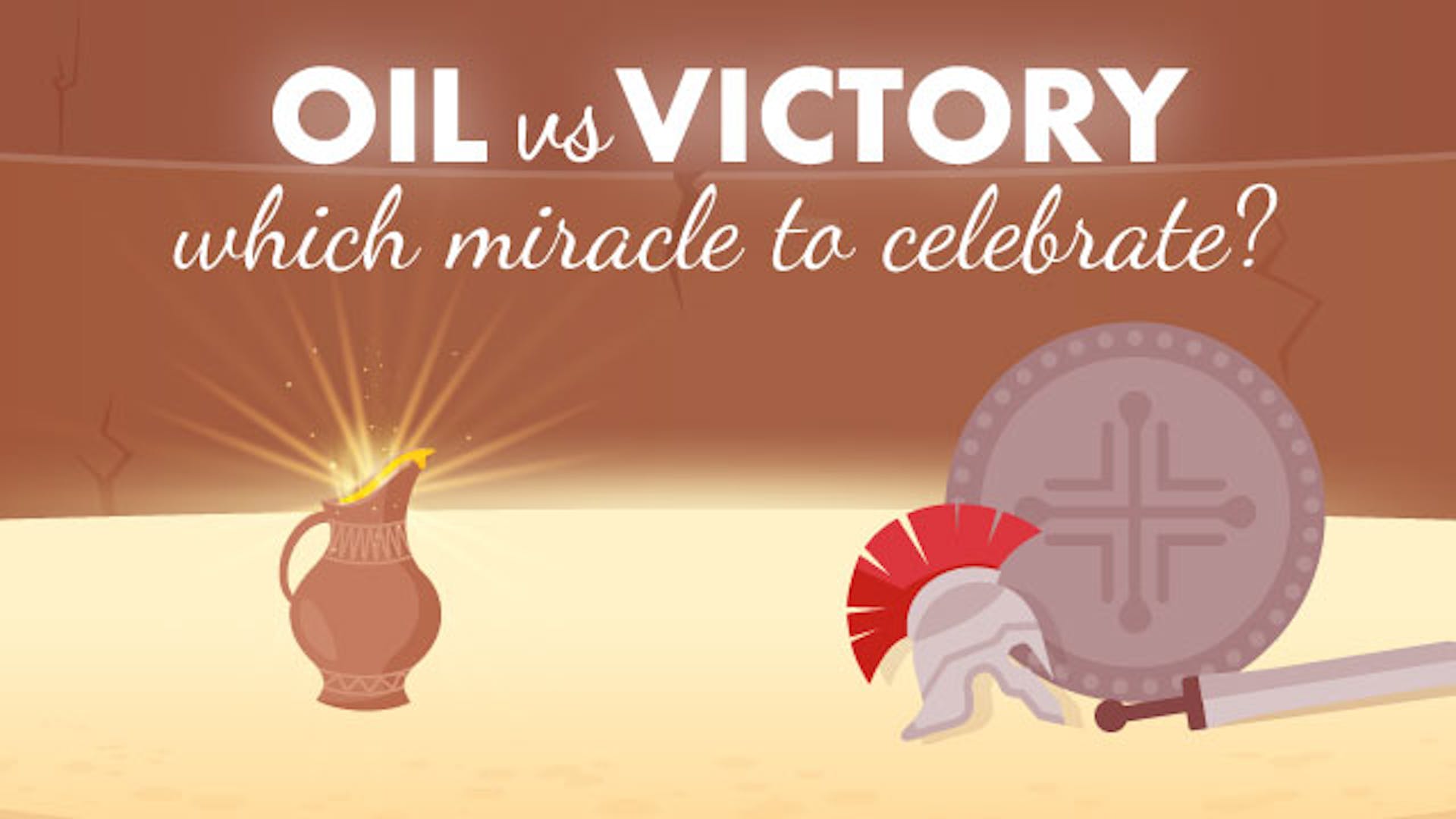 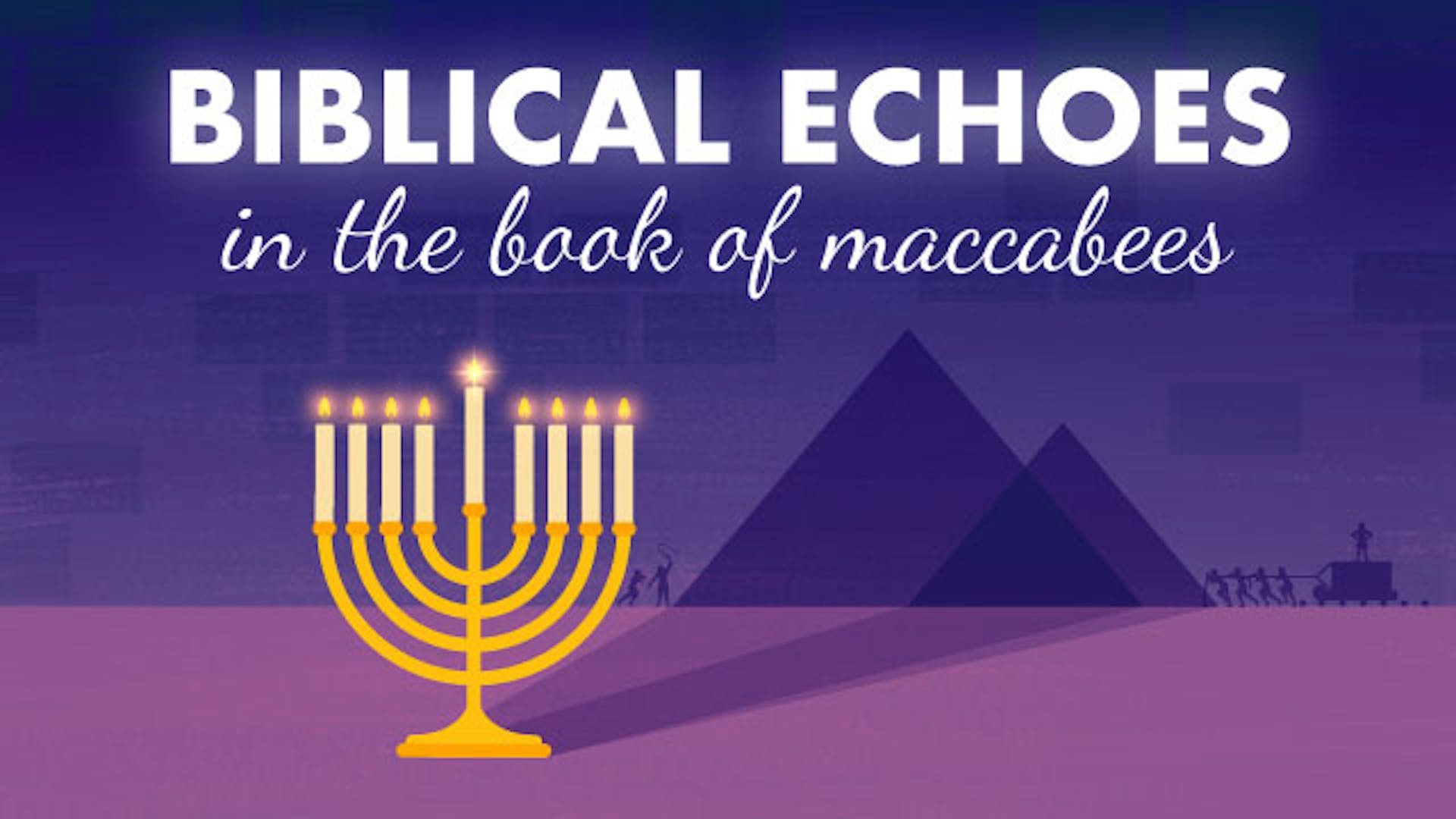 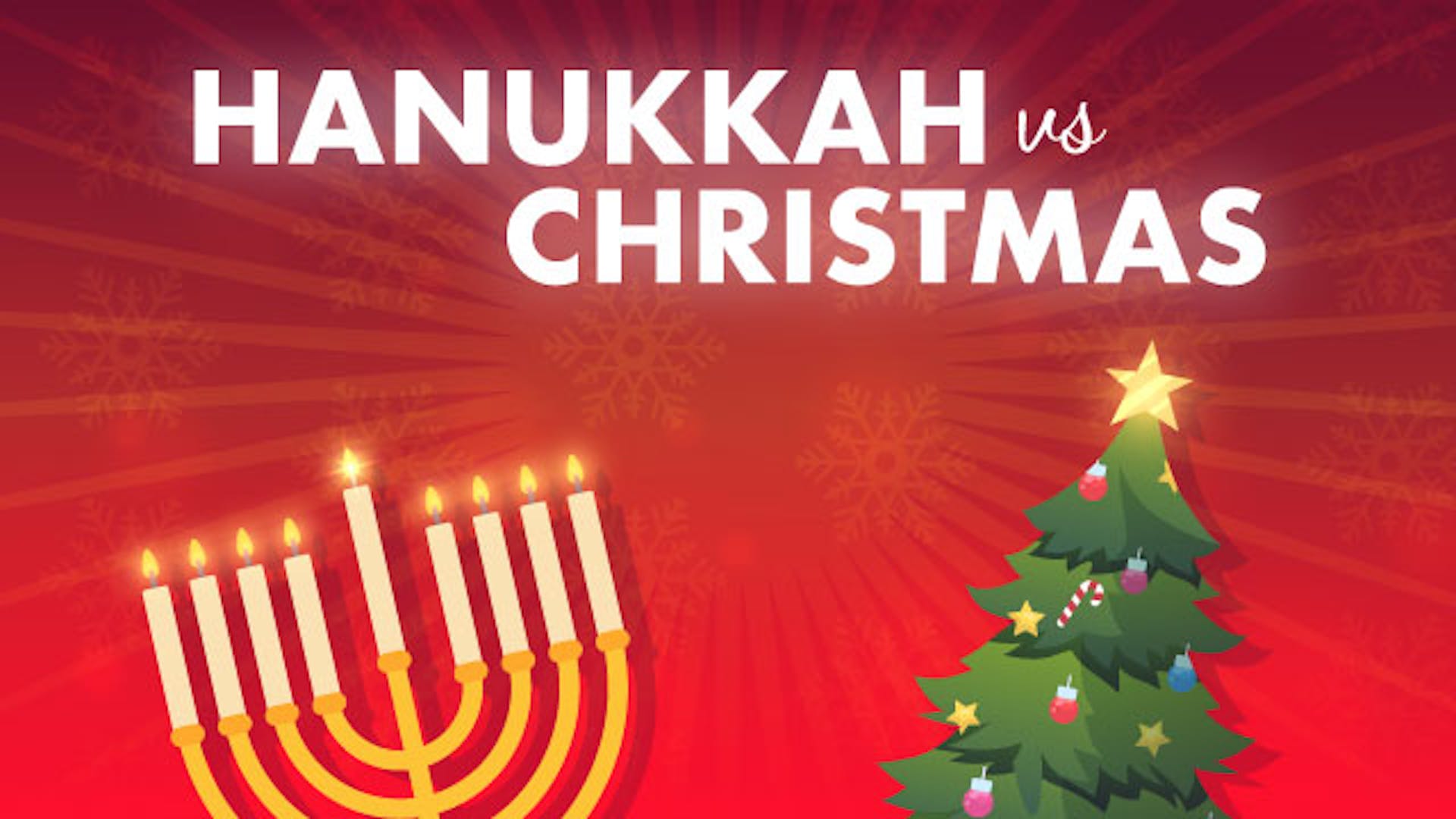 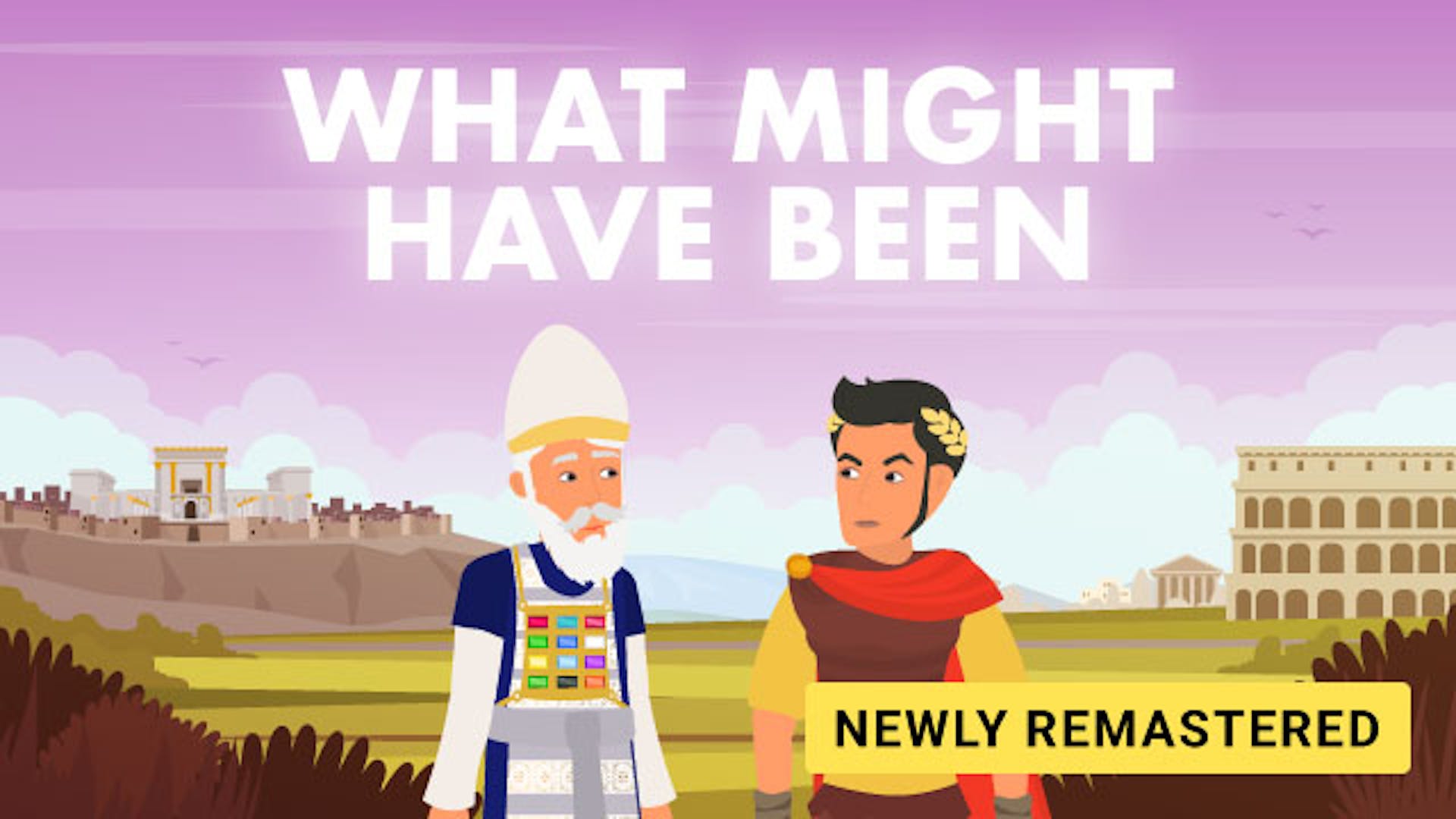 The first day of Hanukkah is always Kuf-Hey Kislev (כ״ה כסלו), or the 25th of Kislev, in the Jewish Hebrew calendar.

Aleph Beta is committed to the relevance of Jewish learning. We want to help our students struggle with some of life's biggest questions, and to achieve answers that are meaningful and satisfying. We believe Torah study should be evidence-based, intellectually stimulating, emotionally gripping and relevant to your everyday life.

Together with our world-renowned educators, Aleph Beta is building an online Torah library making this amazing material accessible to students around the world.

Guided by our principal educator, Rabbi David Fohrman, Aleph Beta seeks to feature world-renowned teachers of understanding. While our teachers may all have different methodologies, we pride ourselves on evidence-based instruction. Our students should decide for themselves what they believe is compelling, and in this way, we strive to keep our Torah study intellectually honest. Learn more about our mission.

Aleph Beta is a non-profit organization. We partner with the people we are serving, by asking our community members to contribute $9+ per month. Aleph Beta has 6,600+ contributing members. We hope you’ll consider supporting us by upgrading to one of our paid membership options. (Click here to learn more).

Check out our most popular Torah series:

If a “textual” analysis is more your speed, check out these gems: